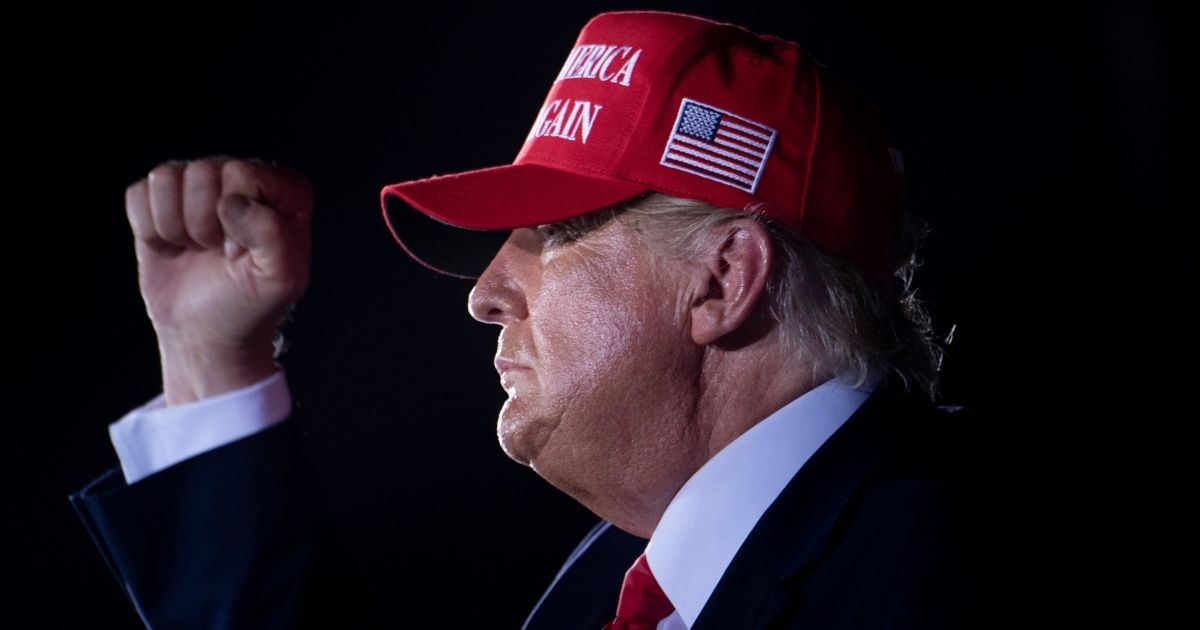 The Pennsylvania judiciary granted President Donald Trump a major victory on the issue of absentee ballots Thursday as several key swing states seek to determine the final results of the 2020 presidential election.

According to the Pittsburgh Post-Gazette, Commonwealth Court President Judge Mary Hannah Leavitt officially disqualified a number of mail-in ballots cast by state residents who failed to confirm their identities by Monday morning.

The decision comes in light of controversial attempts by Pennsylvania Secretary of State Kathy Boockvar to unilaterally extend the identification deadline through Thursday.

Documents from the case reveal Leavitt ruled on the grounds that Boockvar, a Democrat, “lacked statutory authority” to extend the identification deadline, which remains Nov. 9 under election law currently on the books in the state.

Judge orders segregated ballots should *not* be counted. It rules the PA Secretary of State “lacked statutory authority” to override election law. Critically, the state has a Republican state legislature.#SCOTUS may ultimately decide the case now. pic.twitter.com/2VO6mkl66M

Given legal provisions allowing any Pennsylvania voter to provide identification “within six calendar days following the election,” Boockvar claimed the move was well within her purview, as the state previously had extended its ballot submission deadline through Nov. 6 in anticipation of a larger mail-in vote.

The Trump campaign argued quite the contrary, suggesting an extended ballot submission deadline did not constitute the rescheduling of an election.

Do you think vote-by-mail provisions are more susceptible to fraud?

Its court victory Thursday did little to move the electoral dial, however, with a relatively small number of ballots reportedly wrapped up in the litigation.

In accordance with state election law and a recent order from U.S. Supreme Court Justice Samuel Alito, impacted ballots were segregated from the official count as early as election night — a reality that leaves official state results untouched by the slew of disqualifications.

Numerous establishment media outlets have already called the state’s race, and the election, for Democrat Joe Biden, who initially trailed big in the state but flipped the script to establish a roughly 53,000 vote lead, according to Edison Media Research Inc. data published by The New York Times.

Trump will need to somehow overturn that lead, by legal challenges or a recount/audit of votes, if he is to mount a comeback on the most likely remaining path to victory.

RELATED: Republican Senator Promises To ‘Step In’ To Help Biden Get Classified Info

The president currently trails in all other must-win states, including Arizona, Michigan, Wisconsin and Georgia.

The judge says a written order will be coming tomorrow, @adam_brew reports.

The campaign has seen a wide array of results from its many legal filings with regard to the mail-in vote.

An almost identical lawsuit was thrown out of court last week in Georgia, with Chatham County Superior Court Judge James Bass ruling the state judiciary would not intervene to ensure late-arriving presidential election ballots were counted and stored separately from the remaining votes cast.

Encompassing Democrat-controlled Savannah, the coastal county was subject to potential election fraud allegations in the wake of election night, when official poll observers reported seeing at least 53 late-arriving absentee ballots shuffled into a batch of unquestioned ballots to be counted.

Such allegations have been more relevant than ever this cycle, with conservatives eyeing the coronavirus-related expansion of vote-by-mail systems for potential fraud since early spring, when Democrats nationwide first forwarded the process as a solution to voting amid an ongoing global pandemic.

Contrasting state and federal rulings on Trump campaign lawsuits in the works has left the door open for numerous appeals before official certification of the Electoral College results in January, creating ample opportunity for a more final Supreme Court ruling.

With no solid estimates available with regard to the number of truly fraudulent or disqualified ballots currently included in the count, however, the likelihood of a shift in the projected victor remains impossible to determine.

This was the most secure election ever, except for the Democrats’...

ABOUT US
Contact us: [email protected]
© 2020 - Patriots Make History - All Rights Reserved.