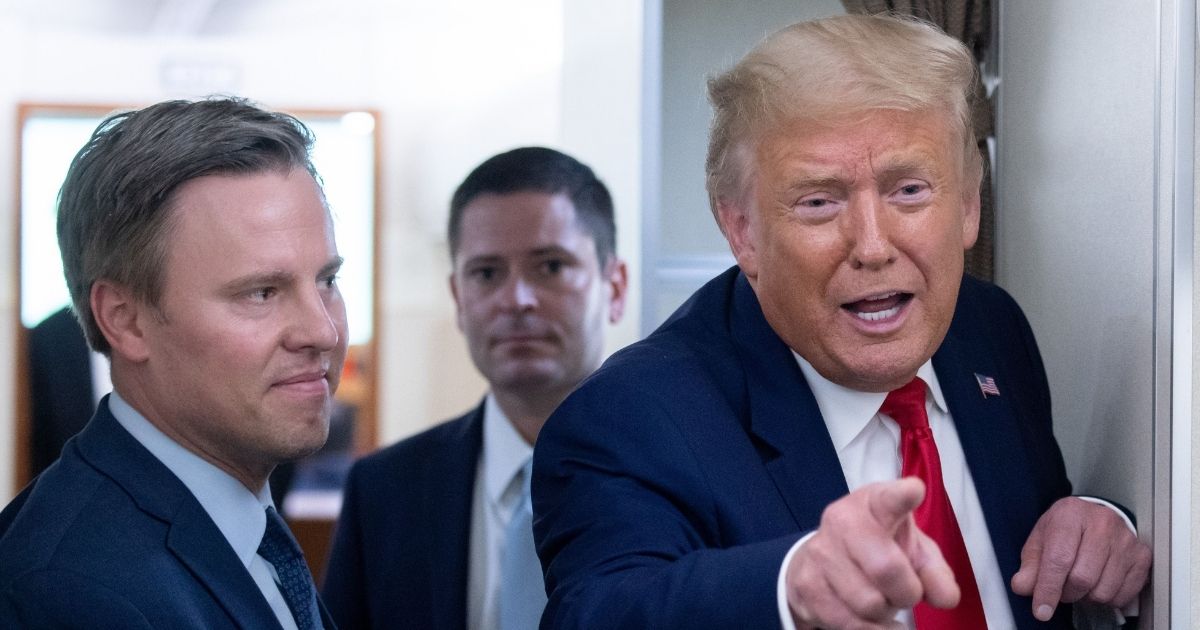 President Donald Trump’s campaign manager reportedly told staffers Monday that the president is “not backing down” and urged patience ahead of legal battles regarding last week’s contested election.

But Trump campaign manager Bill Stepien held a meeting with those in Trump’s inner circle, and signaled that the president is digging in for a fight.

According to Fox News, which was among the outlets that declared the election over, Stepien was clear the president is “not backing down” to pressure to concede the race on Monday.

At a meeting at the campaign’s headquarters, Stepien said, “He still is in this fight.”

Citing people in the room as sources, Stepien added, “There is a process,” and further urged everyone to “have patience.”

The Trump campaign manager further briefed those in the room about the status of legal battles ahead, Fox News reported.

Trump has contended that the election is far from over, and his legal team has been deployed to states showing Biden with slim leads.

Do you still trust the integrity of the country's elections?

The complaint from team Trump is mostly with regard to mail-in ballots, which they alleged were counted late, and in many cases, wrought with irregularities.

Trump has been defiant in the face of calls for him to concede the contested election, as have his surrogates, citing the need to preserve the integrity of the country’s election.

Vice President Mike Pence, for example, tweeted Monday, “Told @VP Team Today, ‘it ain’t over til it’s over … and this AIN’T over!’ President @realDonaldTrump has never stopped fighting for us and we’re gonna Keep Fighting until every LEGAL vote is counted!”

Told @VP Team Today, “it ain’t over til it’s over.. and this AIN’T over!” President @realDonaldTrump has never stopped fighting for us and we’re gonna Keep Fighting until every LEGAL vote is counted! 🇺🇸

President Trump was also back to work on Monday.

He announced he had fired Defense Secretary Mark Esper.

“I am pleased to announce that Christopher C. Miller, the highly respected Director of the National Counterterrorism Center (unanimously confirmed by the Senate), will be Acting Secretary of Defense, effective immediately,” Trump tweeted.

…Chris will do a GREAT job! Mark Esper has been terminated. I would like to thank him for his service.

He added, “Chris will do a GREAT job! Mark Esper has been terminated. I would like to thank him for his service.”

In the meantime, Trump’s challenges of the election results in key states are expected to be sorted out in the courts in the coming weeks.