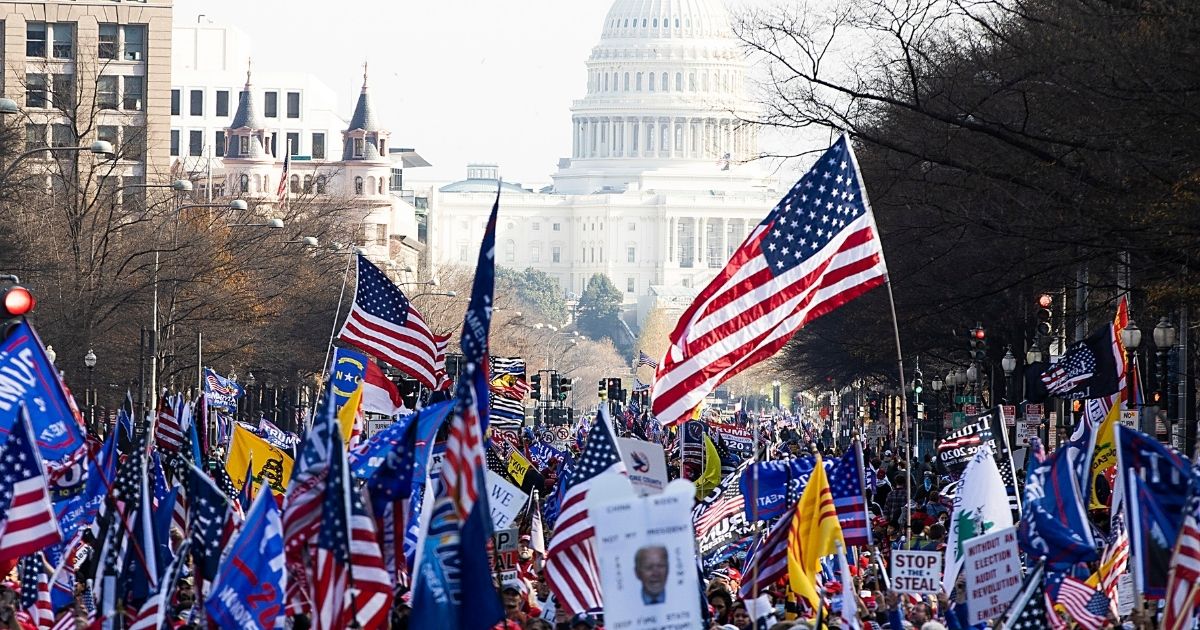 President Donald Trump teased a “wild” protest in Washington, D.C., on Jan. 6, which is the date Congress is scheduled to meet and accept the still-contested election results.

“No, it’s not over. We keep going and we’re going to continue to go forward. We have numerous local cases,” Trump told the Fox News morning program “Fox & Friends” on Saturday.

“We’re going to speed it up as much as we can, but you can only go so fast,” Trump added, referring to his efforts to challenge the results. “They give us very little time. But we caught them, as you know, as fraudulent, dropping ballots, doing so many things, nobody can even believe it.”

Following Monday’s Electoral College meeting is the Jan. 6 congressional certification of the college’s vote. Should the results stand, Biden would be inaugurated two weeks later as the country’s 46th president.

But in an early morning tweet on Saturday, Trump announced a major protest in Washington to coincide with the scheduled certification.

Peter Navarro releases 36-page report alleging election fraud ‘more than sufficient’ to swing victory to Trump https://t.co/D8KrMHnFdK. A great report by Peter. Statistically impossible to have lost the 2020 Election. Big protest in D.C. on January 6th. Be there, will be wild!

Do you plan to attend the protest in Washington, D.C., on Jan. 6?

The report from Navarro notes, “the Trump-Pence ticket had substantial and seemingly insurmountable leads in Georgia, Pennsylvania, Michigan, and Wisconsin. If these leads held, these four key battleground states would propel President Trump to a decisive 294 to 244 victory in the Electoral College.”

“From the findings of this report, it is possible to infer what may well have been a coordinated strategy to effectively stack the election deck against the Trump-Pence ticket. Indeed, the observed patterns of election irregularities are so consistent across the six battleground states that they suggest a coordinated strategy to, if not steal the election outright, strategically game the election process in such a way as to “stuff the ballot box” and unfairly tilt the playing field in favor of the Biden-Harris ticket,” the report adds.

The president did not elaborate as to what he meant with regard to “wild,” but he has not wavered in his fight to challenge the reported election results, posting multiple tweets this week to signal the fight is far from over.

.@senatemajldr and Republican Senators have to get tougher, or you won’t have a Republican Party anymore. We won the Presidential Election, by a lot. FIGHT FOR IT. Don’t let them take it away!

The Secretary of State and Governor of Georgia, both so-called “Republicans”, aren’t allowing Fulton County to go through the vital Voter Signature Verification process. Also, they are not allowing Republican “watchers” to be present and verify! @BrianKempGA

He didn’t win the Election. He lost all 6 Swing States, by a lot. They then dumped hundreds of thousands of votes in each one, and got caught. Now Republican politicians have to fight so that their great victory is not stolen. Don’t be weak fools! https://t.co/d9Bgu8XPIj

Thousands of people turned have turned out in the country’s capital in recent weeks to protest the election results and show their support of the president. Clashes have ensued in some instances as apparent leftist counterprotesters have grown violent.