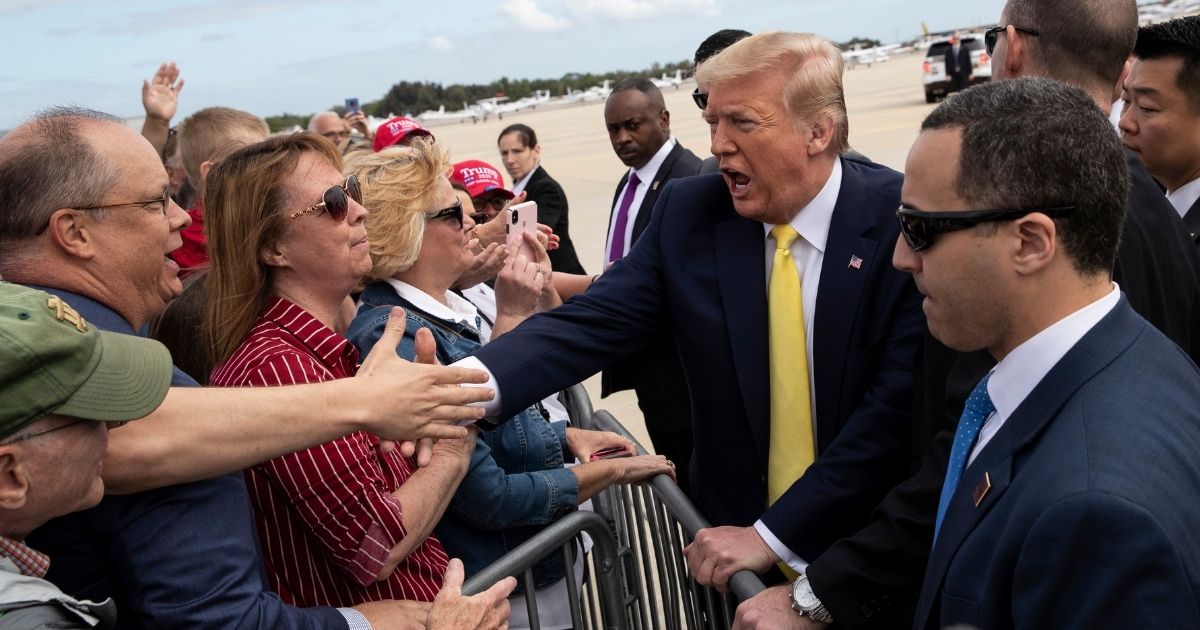 A shadowy group calling itself the “Trump Accountability Project” is vowing to catalog and target many individuals who have helped or supported President Donald Trump.

Amid the still-contested presidential election, which mainstream media outlets have now called for Democratic presidential hopeful Joe Biden, the group popped up this week and adopted a vague message that it will go after Trump’s allies.

On its website, the Trump Accountability Project vows, “Remember what they did.”

An additional blurb on the group’s website also states, “We must never forget those who furthered the Trump agenda.”

The anti-Trump group says, “We should welcome in our fellow Americans with whom we differ politically.”

But the organization quickly undercuts its message celebrating civil political discourse by calling for Trump’s allies to become part of a targeted campaign.

“But those who took a paycheck from the Trump Administration should not profit from their efforts to tear our democracy apart,” the group states.

“The world should never forget those who, when faced with a decision, chose to put their money, their time, and their reputations behind separating children from their families, encouraging racism and anti-Semitism, and negligently causing the unnecessary loss of life and economic devastation from our country’s failed response to the COVID-19 pandemic.”

The Trump Accountability Project further calls for anyone affiliated with the president to be prevented from “profiting” from having worked for him.

Do you think Democrats are embracing communist-style tactics??

The group aims to target “Individuals who used their massive personal wealth and influence to bundle money for Trump,” as well as those who worked in the Trump administration and “Those who elected him.” The latter category is defined as “Individuals who worked for the Trump for President campaign, Republican National Committee, and affiliated PACs in 2016 or 2020.”

Sevugan wrote on Twitter that he agreed the country’s current political climate will be “brutal” on Trump’s supporters.

Politico chief political correspondent Tim Alberta tweeted, “History is going to be absolutely brutal on some of these people.”

“So is the present. We’re launching the Trump Accountability Project to make sure anyone who took a paycheck to help Trump undermine America is held responsible for what they did,” he wrote Friday.

So is the present.

We’re launching the Trump Accountability Project to make sure anyone who took a paycheck to help Trump undermine America is held responsible for what they did. https://t.co/ATYkshgK3A https://t.co/tX0RfFf1vG

The project launched a Twitter page on Election Day.

Sevugan’s tweet Friday came the same day that Rep. Alexandria Ocasio-Cortez of New York called for “Trump sycophants” to be targeted over their “complicity.”

“Is anyone archiving these Trump sycophants for when they try to downplay or deny their complicity in the future?” the Democrat wrote on Twitter. “I foresee decent probability of many deleted Tweets, writings, photos in the future.”

Ocasio-Cortez and her statement were quickly linked by many on social media to communist-style tactics for political retribution.

Texas Towns Cope with Migrant Wave Not Tested for Coronavirus