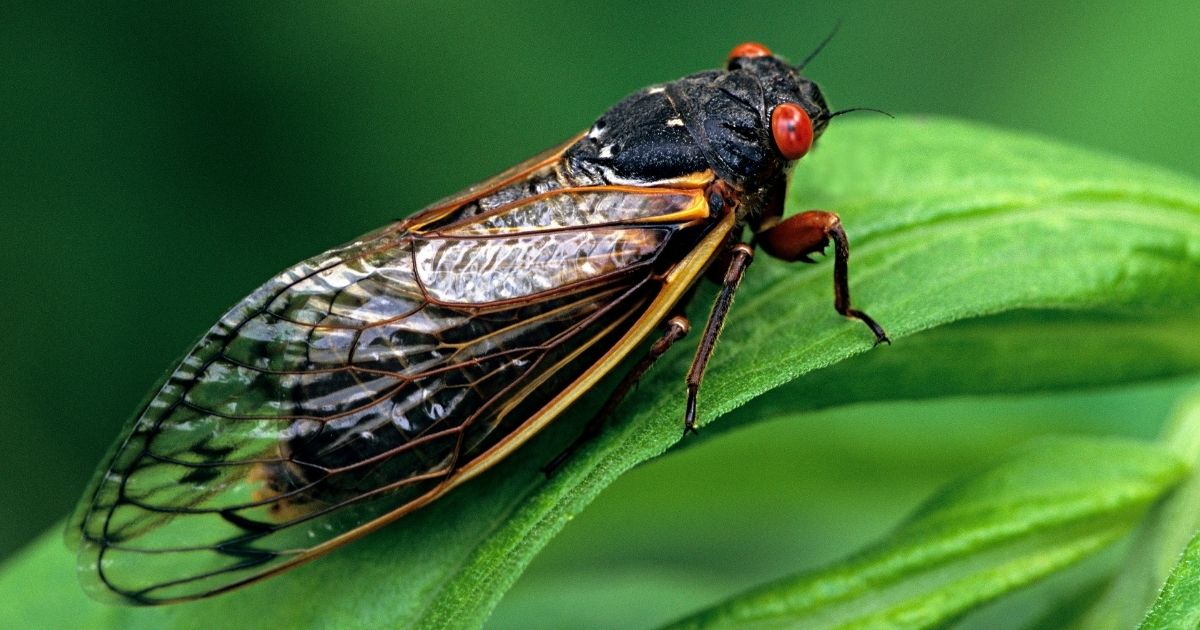 Trillions of cicadas are beginning to emerge throughout 15 states.

“It’s a pretty big event. I mean, we’re talking about trillions of cicadas that are gonna be emerging, singing, calling, finding mates in your backyard,” Dr. Jessica Ware, an entomologist at the American Museum of Natural History, told CBS News.

Every year, a different group of cicadas emerges. This year it is the turn of Brood X, the largest group and one that shows up every 17 years.

Where billions of #cicadas will emerge this spring (and over the next decade), in one map https://t.co/cv8Qjun1wB via @voxdotcom

US Chamber of Commerce Defies Biden, Calls for Termination of Weekly Unemployment Perk

“I think it’s not that the cicadas know anything per se. I think part of it is hardwired. So there’s a series of biochemical cascades, you know, hormones that rise and fall that set off a trigger. And if you have a certain hormone level and the temperature of the soil is 64 degrees, it’s go time,” Ware said.

But Brood X won’t be around long. In a month, their moment of glory will be history.

“If you spend your entire juvenile stage, 17 years underground, and then you’ve got three or four weeks to do all the jobs, ” Ware said.

Do you find nature amazing?

University of Maryland entomologist Michael Raupp went into great rhapsody about the harmless critters when he spoke to  The Associated Press.

“You’ve got a creature that spends 17 years in a COVID-like existence, isolated underground sucking on plant sap, right? In the 17th year these teenagers are going to come out of the earth by the billions if not trillions.

After mating — the songs can be as loud as 100 decibels, the same level as a jackhammer — it becomes time for the next brood to be put in place.

Genetically Modified Mosquitoes to Be Released in Florida

“Then she’s going to move out to the small branches, lay their eggs. Then it’s all going to be over in a matter of weeks,” Raupp said. “They’re going to tumble down. They’re going to basically fertilize the very plants from which they were spawned. Six weeks later the tiny nymphs are going to tumble 80 feet from the treetops, bounce twice, burrow down into the soil, go back underground for another 17 years.

“This is one of the craziest life cycles of any creature on the planet.”

Ware confirmed the bugs are harmless.

“They actually pose no harm to humans. They don’t really even pose that much harm to your garden,” she told CBS News. “Their goal really is to find each other, to mate and then to make the next generations of cicadas.”