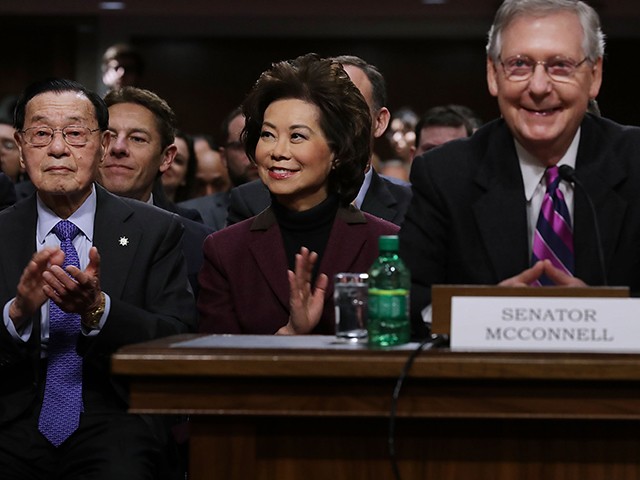 “Yesterday, our country experienced a traumatic and entirely avoidable event as supporters of the President stormed the Capitol building following a rally he addressed,” Chao wrote in a statement. “As I’m sure is the case with many of you, it has deeply troubled me in a way that I simply cannot set aside.”

BREAKING: Transportation Secretary Elaine Chao is resigning from her position in the wake of rioting at the U.S. Capitol. https://t.co/huMNSUG79u pic.twitter.com/dPl24vFFGL

Chao assured that the Transportation Department will continue to assist with President-elect Joe Biden’s nominee, former South Bend, Indiana, Mayor Pete Buttigieg, during the transition period and beyond.

She is the first Trump Cabinet official to resign following yesterday’s violence.

“I called [Secretary of State] Mike Pompeo last night to let him know I was resigning from that. I can’t do it. I can’t stay,” Mulvaney told CNBC. “Those who choose to stay, and I have talked with some of them, are choosing to stay because they’re worried the president might put someone worse in.”

“We didn’t sign up for what you saw last night,” he added. “We signed up for making America great again, we signed up for lower taxes and less regulation. The president has a long list of successes that we can be proud of.”