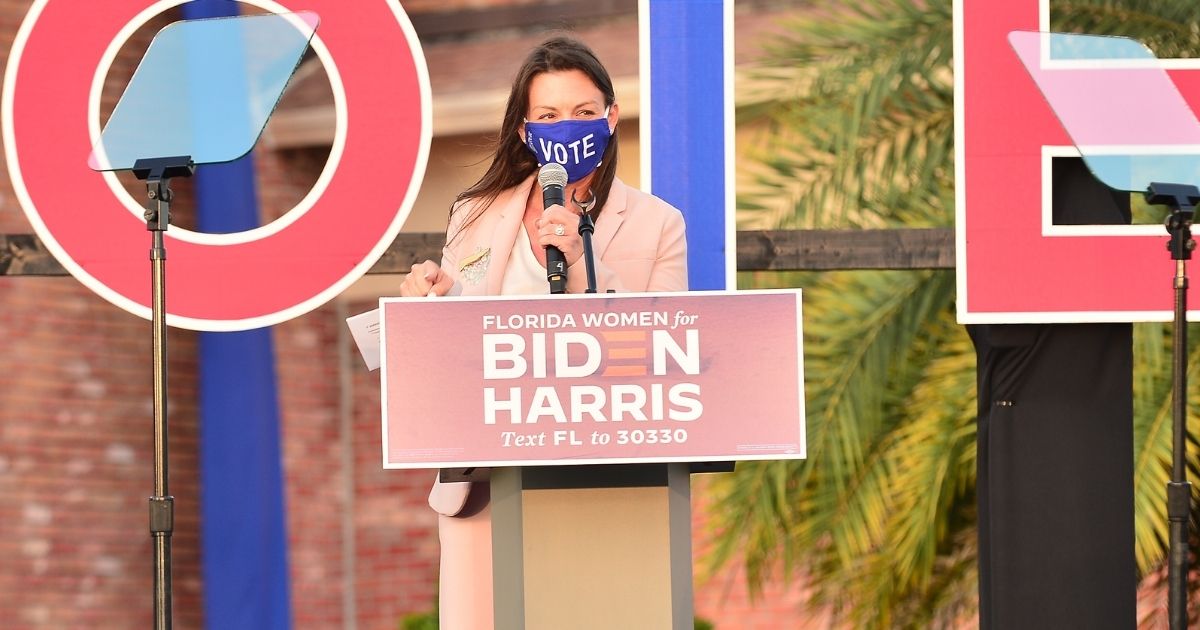 Florida’s Democratic Agriculture Commissioner Nikki Fried said she will defy the governor’s order and will not lower flags at state offices under her direction in honor of Rush Limbaugh.

“Lowering to half-staff the flag of the United States of America is a sacred honor for fallen heroes — not a partisan political tool,” she tweeted Monday.

“Therefore, I will notify all state offices under my direction to disregard @GovRonDeSantis’ forthcoming order to lower flags for Rush Limbaugh.”

Republican Gov. Ron DeSantis had ordered flags to be lowered in honor of Limbaugh once funeral arrangements were made.

Do you think this woman is consumed with anger?

TRENDING: Dems Get Sneaky with COVID Bill, Include $100M for Subway System in Silicon Valley

“I know they’re still figuring out the arrangements but what we do when there’s things of this magnitude, once the date of interment for Rush is announced, we’re going to be lowering the flags to half-staff,” the governor said Friday, according to WKMG-TV.

The conservative icon had been battling advanced lung cancer for more than a year and died Wednesday at the age of 70.

Kathryn Limbaugh announced on Monday that a virtual memorial service will be held for her husband at a later date.

“We will not celebrate hate speech, bigotry, and division. Lowering the flag should always reflect unity, not division, and raising our standards, not lowering them,” Fried tweeted in response.

“Our flags will remain flying high to celebrate the American values of diversity, inclusion, and respect for all.”

We will not celebrate hate speech, bigotry, and division. Lowering the flag should always reflect unity, not division, and raising our standards, not lowering them.

Our flags will remain flying high to celebrate the American values of diversity, inclusion, and respect for all.

Fried had complained about the order when it was first announced on Friday in a since-deleted tweet, criticizing the governor for not honoring the late Congressman John Lewis in a similar way.

Limbaugh was a Florida resident who DeSantis described as the “GOAT — of radio, of conservative media and of inspiring a loyal army of American patriots.”

“Through hard work, the will to succeed and, yes, talent on loan from God, Rush became the most dominant radio personality in Amerian history,” DeSantis said in a statement following news of Limbaugh’s death.

“Rush attracted millions of listeners and paved the way for the proliferation of conservative media.”

Limbaugh had played a consequential role in conservative politics since his radio show began in 1988.

The “Rush Limbaugh Show” itself has earned a variety of awards and honors, helping earn Limbaugh a place in the Radio Hall of Fame and National Association of Broadcasters Hall of Fame, according to KSTU-TV.