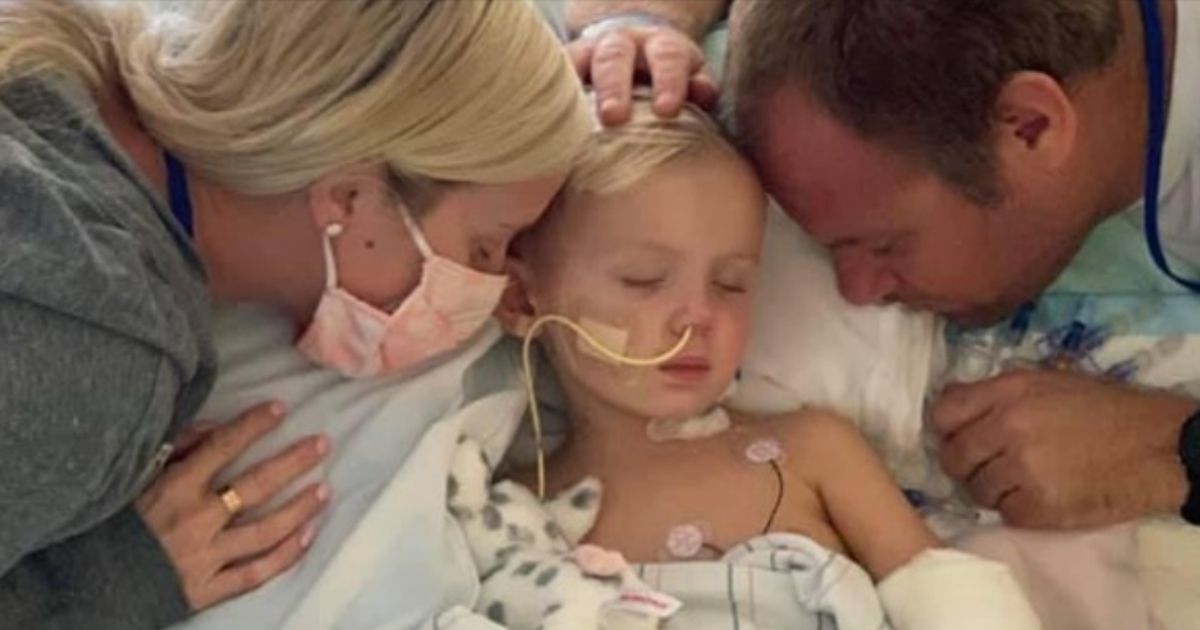 Stubbed toes, scraped elbows and knees and all manner of bumps and bruises are just going to happen at a certain age. But for one little boy, a scraped knee has turned into something catastrophic.

It all started in October when the Baumkirchner family from Lake Havasu, Arizona, was vacationing in San Diego, camping and enjoying the outdoors.

Beauden, just 3 years old, took a tumble from his bike, as children his age are wont to do — but the infection that resulted nearly took his life, claimed both of his legs and might yet take his hands.

It happened quickly, with the boy acting extra sleepy that first evening. The next day, he was worse. The morning after that, he had a fever. Within 48 hours of taking that seemingly small tumble off the bike, Beauden’s body was starting to shut down.

His parents rushed him to Rady Children’s Hospital, and the family soon learned their little boy was fighting an aggressive staph infection.

“The ICU doctor said that his labs, when he came in, were of concern, for sure,” father Brian Baumkirchner said, according to KPNX-TV. “But the lab work at 1 p.m., just three hours later, his whole body was shutting down. They thought they were going to lose him, for sure, that night.”

“The staph infection — they knew it was some kind of bacterial infection, but weren’t sure what it was — but you can see it spreading in his legs, down to all of his extremities. They thought they were going to lose him for sure that first day.”

His mom told RiverScene Magazine that was just the beginning.

“He is diagnosed with staph aureus/MSSA,” Juliana Baumkirchner said. “Then sepsis. Then toxic shock syndrome. This is a pretty rare case of MSSA since his body went into toxic shock.”

The medical team tried everything to get the blood circulating through his legs again, but both legs had to be amputated. Little Beauden faced procedure after procedure, and by Monday had gone through 16 surgeries, according to GoFundMe. He lost several fingers as well, his mother saying they simply “fell off” during one of his other surgeries.

RELATED: Horrifying Moment Police Officer Realizes Fire Is at Own Home, His Children Trapped Inside

The couple’s two daughters, ages 6 and 8, were able to return home and continue going to school while family friends watch over them, but mom, dad and Beauden remain at the hospital in San Diego.

Juliana Baumkirchner said the fact they were even camping in San Diego was a blessing. Originally, the family was planning on going to a spot near Santa Barbara, but the last-minute change is something she sees as providential.

“I changed plans for our family and our friends, and they were totally cool with it,” she said. “God led us here and changed our plans for us because Rady Children’s is one of the best in the country with the best infectious disease team. It’s crazy. We are so in the right place! I count that as Blessing #1.”

Her husband sees each day as crucial and urges people not to take their time for granted.

“This poor little boy has done nothing to anybody; he’s just this innocent little boy,” Brian Baumkirchner said. “Don’t take any days for granted, that’s for sure.”

A family member set up a GoFundMe to help with the numerous costs associated with the immediate medical and housing needs as well as future expenses. As of Thursday evening, the effort had raised over $105,000 for the family, and people are still donating.

At the moment, the family is waiting for Beauden’s legs to be healed enough to receive skin grafts, and it looks like his hands might be improving.

“So, please continue to pray that everything moves along as planned,” an update from Nov. 12 reads. “Also, we are waiting to get an update on his hands… but I think that his treatments are allowing him some reprieve from further amputations.”

“Once again, thank each of you for your hearts and minds and prayers towards Beauden. He’ll likely never get to meet even half of you, but when he’s older I’ll tell him how the people of this and other countries came together to lift him up in prayer.”

The Baumkirchners appreciate all the support they have received and continue to ask for prayers for Beauden.