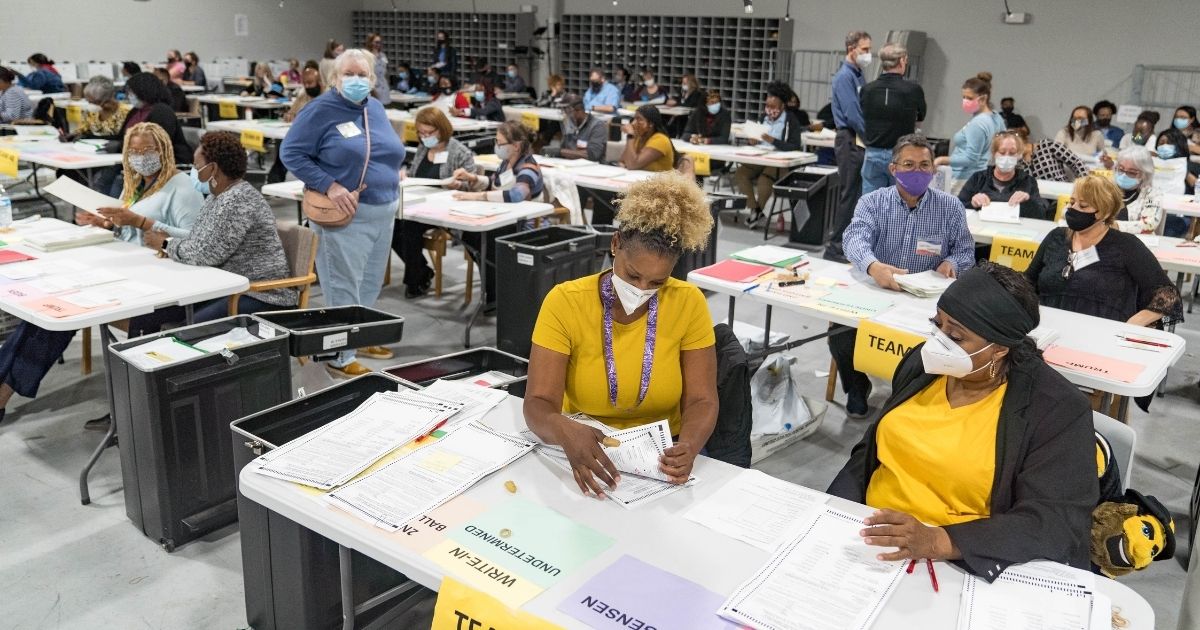 A massive flaw in the Georgia elections was discovered in northwestern Floyd County, where 2,600 ballots were found that were never counted on Election Day.

Georgia began a hand recount of its ballots on Friday after President Donald Trump and the GOP requested an audit of that state’s results, which currently give an edge to Democrat Joe Biden. The deadline to finish the recount is Wednesday.

Georgia Secretary of State Brad Raffensperger said Floyd County election officials did not upload votes from a memory card in a ballot-scanning machine, according to Fox News.

Floyd County Republican Party chairman Luke Martin said the incident was “concerning” but “doesn’t appear to be a widespread issue.”

“I’m glad the audit revealed it, and it’s important that all votes are counted,” Martin said.

Floyd County has shown the largest discrepancy, with other counties in the state coming close to their original numbers, Raffensperger said.

Gabriel Sterling of the Secretary of State’s Office said Trump will close the gap with Biden — who leads by about 14,000 votes out of the 5 million cast — by nearly 800 votes.

Here is the unofficial breakdown of the ballots that weren’t originally uploaded I Floyd. 1,643 votes for Pres. Trump, 865 for former VP Biden and 16 for Libertarian Jo Jorgensen. That is +778 for President Trump that will be reflected in the certified result. #gapol

Sterling said during a news conference Monday evening that Floyd County’s elections director should resign, according to WSB-TV.

Do you trust the Georgia election results?

“The secretary, since this was such an amazing blunder and they had issues in August, would like to see that elections director in Floyd County step down from his position,” Sterling said.

“It is the only county where we’ve had an issue like this,” he said. “It’s unfortunate, but it’s not an equipment issue. It’s a person not executing their job properly … This is the kind of situation that requires I think a change at the top of their management.”

The debate over the Georgia election has exposed a GOP rift.

Raffensperger, a Republican, has fired back at Trump over the president’s criticism of the election process in the state.

In the process of that, the secretary of state called Republican Rep. Doug Collins, who is leading Trump’s recount team in the state, a “liar.”

“In a year of political division in Georgia, few things have unified Republicans and Democrats — one of them is Brad Raffensperger’s incompetence as Secretary of State,” the congressman said Monday.

In a year of political division in Georgia, few things have unified Republicans and Democrats — one of them is Brad Raffensperger’s incompetence as Secretary of State.

The infighting could impact the January runoff elections that will determine whether incumbent Republican Sens. David Perdue and Kelly Loeffler return to Washington, which in turn will decide the balance of power in the Senate.

The two senators took aim at Raffensperger last week in a joint statement.

“The secretary of state has failed to deliver honest and transparent elections,” they said. “He has failed the people of Georgia, and he should step down immediately.”

Majority believes one of the past two presidents “illegitimately put into...