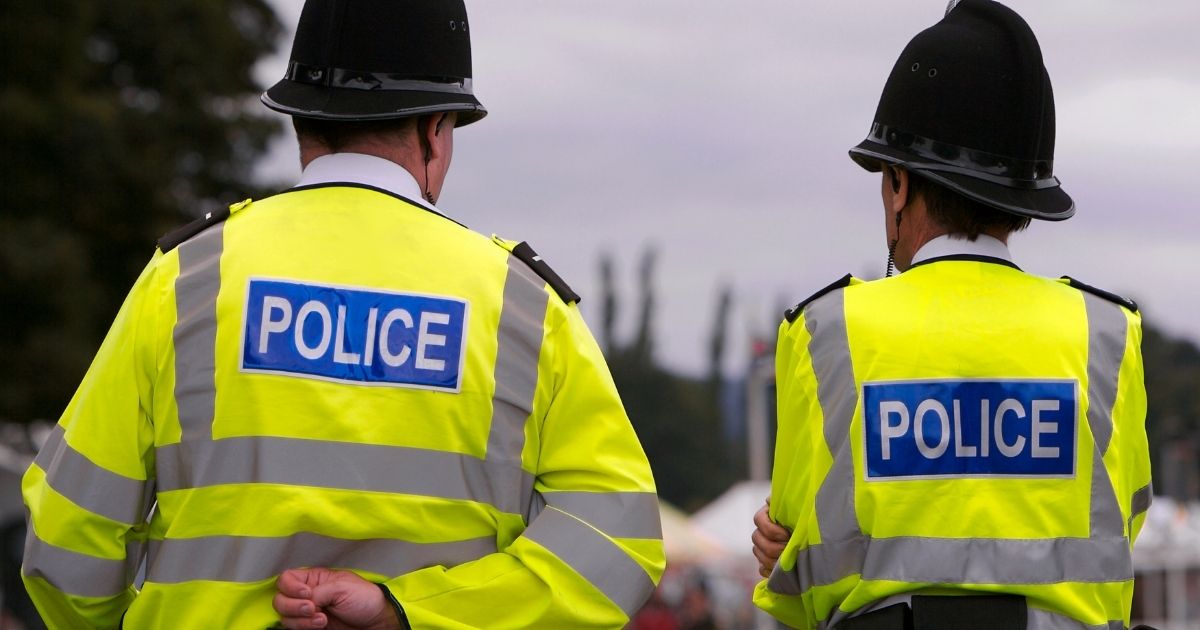 Jessica Allen said she assumed someone had been murdered when she saw the onslaught of police arriving at the 230-acre nature reserve where she and a friend were walking.

But there was no homicide investigation underway. The police were there for Jessica and her friend, Eliza Moore.

Their crime? Violating a COVID-19 lockdown. They had driven separately about five miles to meet up at the Foremark Reservoir in Derbyshire to have some alone, together time, but it turned out to be an exercise in futility.

Besides being slapped with hefty fines, the BBC reported, they were also told the hot drinks they had brought were not allowed because they were “classed as a picnic” — another national prohibition in England under COVID regulations.

No doubt the ladies were left a bit cheesed off by the incident, which shows that perhaps the U.S. isn’t quite as much “under the cosh” as other countries plagued with such over-policing of COVID mandates.

Unlike the U.S., where mandates are implemented on a state-by-state basis, the U.K. has a national COVID lockdown, and obviously, it’s bloody strict.

Back in November, President-elect Joe Biden called for a somewhat similar national ban like the one in not-so-jolly ol’ England (though he claimed he would work with governors to ensure such bans are implemented in all 50 states, WTVT-TV reported.) We are now just days away from him being in an official position to take up the call.

So far, the pound of prevention isn’t exactly proving to be worth an ounce of cure. England’s headlines continue to be filled with the dreary news of escalating COVID cases even as the ill effects on the country’s lockdown continues.

Should there be a nationwide mask mandate in the U.S.?

Nevertheless, Americans, like the Brits, have seen their own share of overzealous cops enforcing overzealous COVID mandates.

In New York City, a woman with her 5-year old son was taken to the ground and arrested by police at a train station after not wearing her mask properly over her nose, according to ABC News.

In Georgia, a father was handcuffed at Costco after his 18-year old son lowered his mask for a moment to catch a breath of air, WGCL-TV reported.

And in Ohio at her son’s football game, a mom sitting away from other spectators in the bleachers was Tasered, handcuffed and arrested after not wearing a mask in a viral incident caught on video.

Globally speaking, however, it seems we should be counting our lucky stars. In late December, Amnesty International published a 29-page report about the use of brutal force in 60 countries to enforce COVID mandates. The report, which noted that “The pandemic has been used frequently as a pretext to introduce laws and policies that violate international law and roll back human rights,” details dozens of cases of governments mistreating, and in some cases even torturing or killing, people all over the world.

RELATED: As if 1 Mask Isn't Enough, The NYT Is Now Pushing You to Wear 2 at the Same Time

According to the Amnesty report, a female doctor in Russia reportedly passed out after she was choked, beaten and dragged by police for trying to distribute personal protective equipment.

She was harassed by police — similar to the two mates Jessica and Eliza in England, though to a much greater extent — for violating lockdown restrictions. Like in England, Russia has a nationwide mask mandate, yet reported a staggering 24,763 new cases of COVID-19 on Thursday.

It kind of leaves you wondering if these restrictions are as effective at stopping the pandemic as they are at causing one big, unnecessary load of tosh.