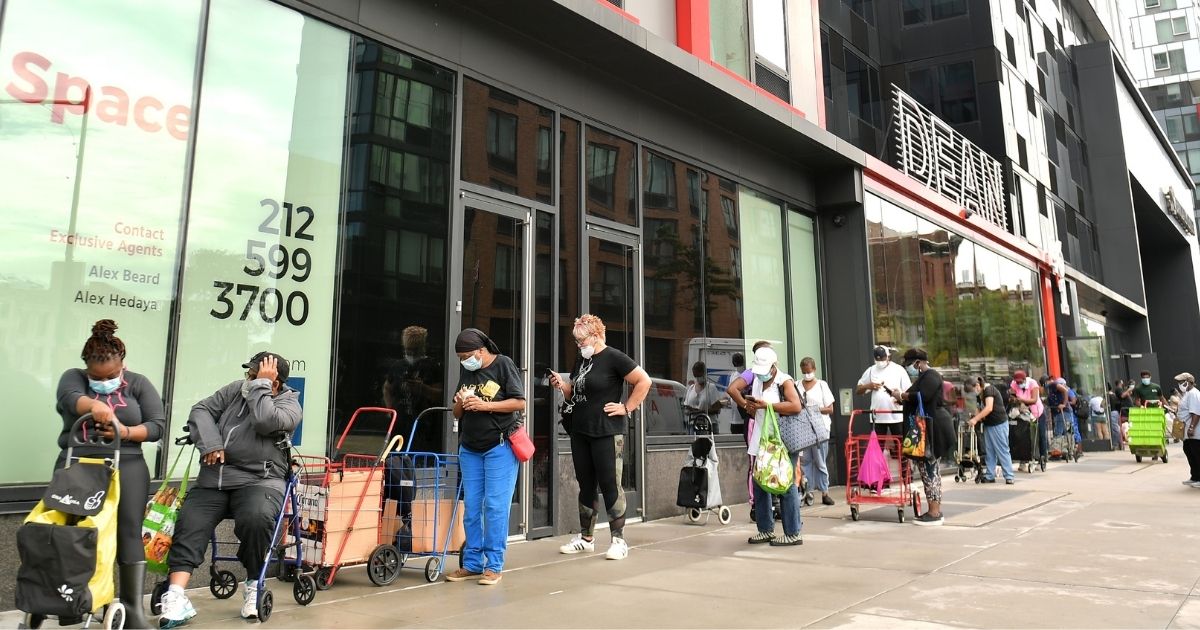 New statistics from the Department of Labor reveal what would occur if more states were to reissue lockdowns due to the surge in coronavirus cases.

The week before, 711,000 people filed for new unemployment benefits, making this a noticeable jump just before Thanksgiving.

There are about 6 million Americans who have continually filed unemployment claims, according to the Department of Labor.

Congress has yet to agree on a new stimulus package, despite some federal unemployment benefits programs expiring at the end of the year.

This spike in unemployment claims right before the holidays is tragic and reflective of the reluctance of state governments to fully reopen their economies safely.

But progressive politicians would rather hold off on people going back to work safely, even suggesting an expanded welfare state.

Democratic Rep. Alexandria Ocasio-Cortez claimed this week that the fix for the public health and economic crisis is easy: Just pay people to stay at home.

Republicans are mad at this when they literally just voted to do just this in March.

The reason they’re opposed to it now is because last time they got a Wall Street bailout and this time all that’s left is helping working people, the disabled, the poor, etc.

While Ocasio-Cortez’s intent is to make sure that people can still put food on the table without having to go in to work, the solution will only backfire.

If people are paid to stay at home, how is that going to encourage people to go back to work once the crisis is over? And how do we know if people will even get the aid they need in the first place?

To better understand the dangers of simply expanding unemployment benefits, take a look at California.

California’s Employment Development Department has a backlog above 1 million, The Mercury News of San Jose reported last month. This backlog only grew after the EDD imposed a two-week freeze on new unemployment claims in the state at the end of September.

RELATED: As WHO Plans To ‘Fairly’ Distribute COVID Vaccine, China Has Already Inoculated 1 Million of Their Own

But the unemployment disaster has only worsened in California. While some people are struggling to get their benefits, others who have gone back to work are still receiving them in error.

If Democratic Gov. Gavin Newsom decides to reinstate the stay-at-home order from the spring to its full extent, there are going to be millions of unemployed Californians wondering how to keep their lights on.

California is just one example, but who’s to say that other states and the federal government won’t be running into the same issues soon?

The United States economy will never recover properly if states go back to imposing lockdowns, which will hurt American families across all demographics. When livelihoods are placed in the hands of bureaucracy, it will almost always be a catastrophic mess.

BLM Protesters Kneel, Rally for Man Killed by Police, Then It...