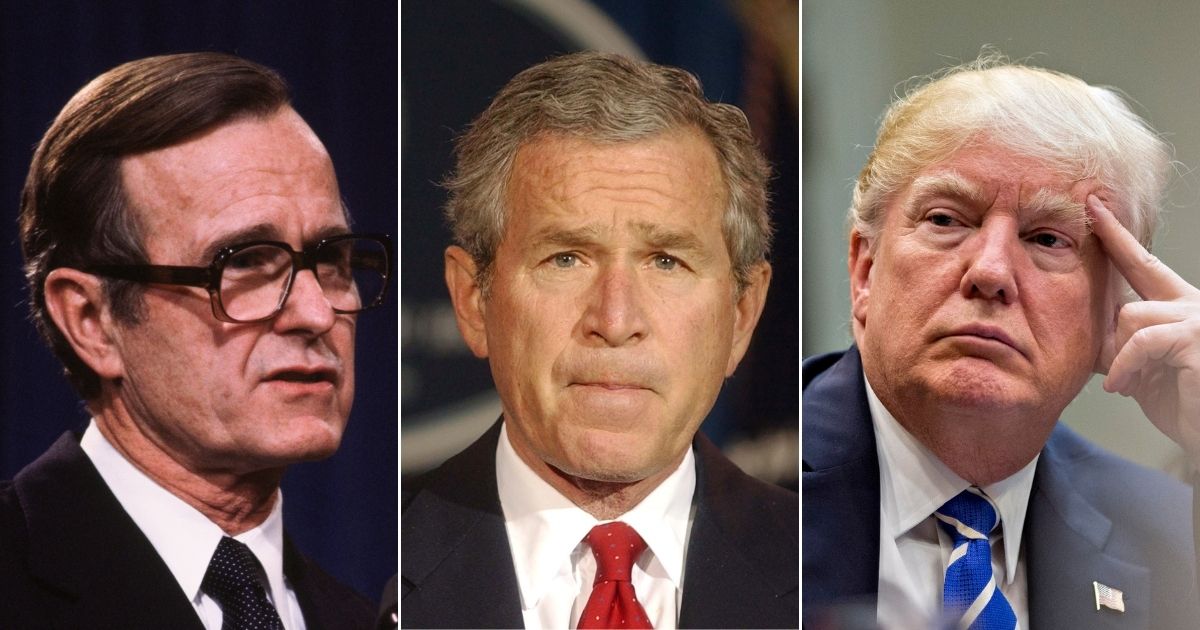 As we nervously await the outcome of today’s Georgia runoffs, one fact is both undeniable and jarring: David Perdue and Kelly Loeffler felt it necessary to endorse a massive government cash payout – during a time when the economy is growing and jobs are being created – in order to get elected in a historically red state.

This is not a Republican idea. Until recently, it wasn’t even an idea Democrats would admit to favoring. Yet suddenly it’s an idea that senators in close races are not afraid to endorse.

How did we get here? The Republican Party closed out the 1980s with its third straight presidential win, and did so because the American people were sold on the idea that government is too big and spends too much (and taxes too much), and that America would be a better country if government got out of the way and let the private sector create wealth and opportunity.

But it doesn’t need to be that way.

A political party holds positions at any given point in time largely based on one of two factors. The first is the effectiveness of its own leadership. The second, in the absence of the first, is reaction to the other party’s leader.

During Donald Trump’s time in the spotlight, he has influenced the thinking of many Republican voters because they revered him as the party’s leader.

Do you think the Republican Party has lost its way?

But that will fade quickly as Trump fades from the spotlight, provided another strong leader comes along with his or her own agenda that Republicans can get behind.

If you want to understand why Ronald Reagan’s strong Republican ideals hold less sway today than they did when he was president, take a look at the three Republican presidents we’ve had since him.

George H.W. Bush was a loyal soldier for the Reagan agenda when he was Reagan’s vice president, but he wasn’t a true believer in limited government.

He was a creature of the political class and believed in a Northeastern, patrician form of Republicanism that was happy to use federal power to manipulate markets in favor of big business. That’s why Bush caved so quickly on his no-new-taxes pledge. He didn’t believe in what he had promised, and Democrats knew it, so they pounced.

George W. Bush, although he was H.W.’s son, was a different kind of Republican – and in my estimation was closer to Reagan philosophically than he was to his father.

RELATED: AZ GOP Chair: When 30% of Democrats Think the Election Was Stolen from Trump, You Know Something's Wrong

Bush cut taxes twice and tried to partially privatize Social Security. He was suspicious of federal power in ways his father was not. But 9/11 put his focus on the fight against terrorism, and Bush made a strategic decision not to fight the big spenders in Congress and possibly risk support for his counterterrorism agenda.

He believed in limited government in the abstract, but he thought the fight against terrorism was too important to risk in a fight over federal budgets. So the spirit was willing, but under the circumstances, the will was weak.

Donald Trump was not so much anti-big government as he was anti-establishment.

He signed a massive tax cut, he deregulated and he opened up domestic energy production – all conservative ideas and all beneficial to the country – but he wasn’t willing to take the political hit required to really cut spending, so it soared even before the COVID pandemic.

And once the pandemic started, Trump abandoned all pretext of conservative beliefs in favor of stimuli and relief packages. Trump was willing to embrace market ideas when it was easy, but as soon as it got tough, he bailed.

This is why the Republican Party is not in a strong place as far as commitment to limited government and free markets. We haven’t had a president champion these ideas since Reagan. One wanted to but thought circumstances wouldn’t allow it. The other two weren’t true believers to begin with.

And the losing Republican presidential candidates we’ve had during this period – Dole, McCain and Romney – were more establishment types than free-market types.

So what now? If the Republican Party in 2024 can nominate and elect a true believer in free markets and limited government, the faithful party will follow suit.

In the past 32 years, most Republican leaders haven’t believed the country really wanted Republican ideas, so they haven’t insisted on governing according to them.

You can’t expect the rank-and-file to stand firm when leadership won’t.

But that will change quickly if the next leader who comes along is the right one. We just have to be wise enough to remember the principles that make us Republicans, to proclaim them to the American people, and to govern according to them.

If the right leader does all this, it will change things quickly.