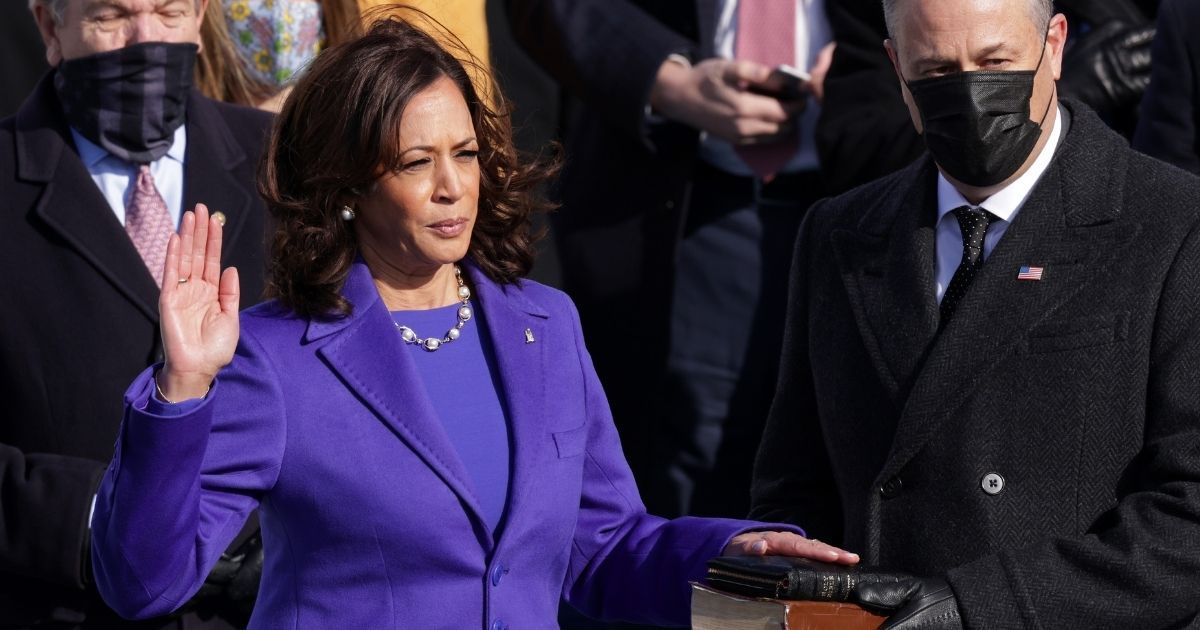 The fashion police at Cosmopolitan were on the case and soon advanced theories of why the color seemed to enjoy a splash of popularity.

In the days when Harris was battling Biden for the Democratic presidential nomination, she said that she wore the color in an homage to former Democratic Rep. Shirley Chisolm of New York, who in 1968 became the first black woman elected to Congress.

Chisolm launched a presidential campaign in 1972, making her the first black woman to do so.

On CNN, @abbydphillip points out that Kamala Harris is wearing purple, “a nod to Shirley Chisolm, who ran for president decades ago and inspired her career.”

Purple is also one of the colors that was a symbol of suffragettes — women who campaigned for the right to vote in the early part of the 20th century.

But some outlets said the color was a deliberate political message on the part of its wearers.

“The magenta shade of Obama’s suit was seen as a nod to unity as the new Biden administration enters the White House,” ABC News reported.

In that vein, Cosmo noted that Hillary Clinton often claimed it was for that reason that she would have worn purple when she took the oath of office had she not lost the presidency to Donald Trump in 2016.

Hillary Clinton Wears a Purple Pantsuit to the 2021 Inauguration https://t.co/6Ego9KQ50a

She did, however, have the opportunity to wear it when she issued her concession speech that year.

Some noted that there is more to the administration than symbolic color choices.

No amount of “bipartisan purple” makes this go down easier. This is wrong and incredibly stupid. https://t.co/vwHEF9EcrD

The purple doesn’t symbolize bipartisanship. It signals a fall of the Republican party and the shift to the Democrat majority. That’s why you call certain states purple bc they are losing ground to leftists. It’s a symbol by them of conquering. Nothing bipartisan about it.

“Biden is coming into office with an agenda that is enormous in both volume and ambition,” he wrote. “Among other things, he wants to create a public health insurance option, raise the minimum wage, tackle climate change, make labor laws more union-friendly, expand access to affordable housing, make access to pre-K and child care universal, and a whole lot more.”

“He himself understood it well”: Sunday reflection