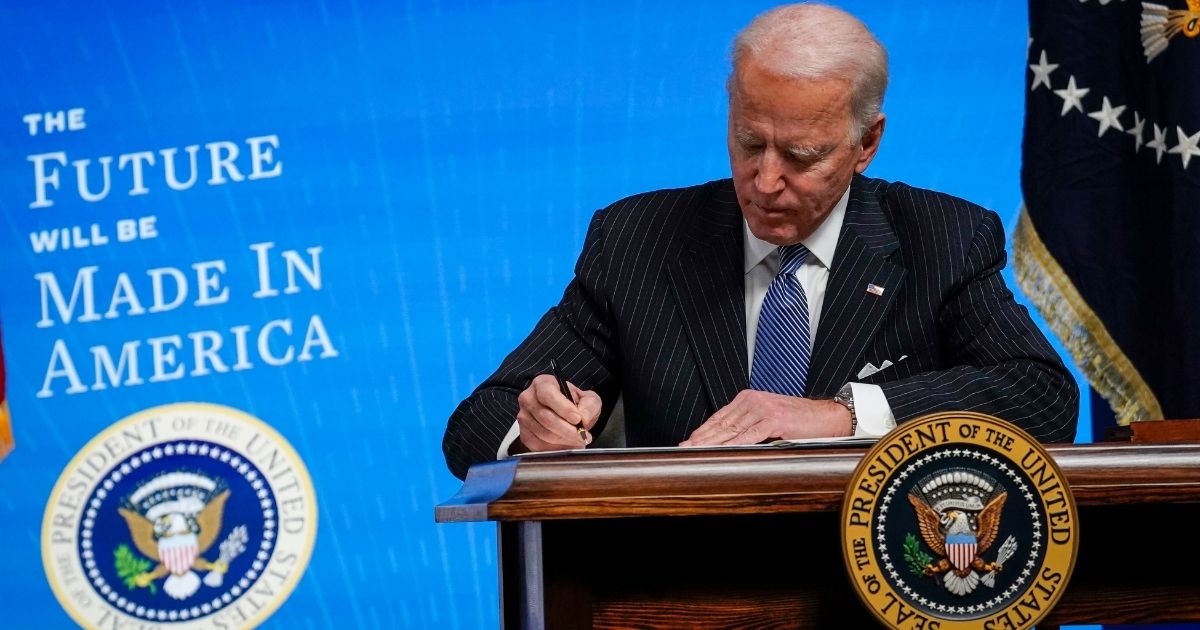 President Joe Biden’s order to ban all deportations for a period of 100 days has been foiled by a federal judge following a lawsuit by the state of Texas.

Biden last week ordered a pause of deporting illegal immigrants and ordered those in custody to be released. An email from the Department of Homeland Security obtained by Fox News showed that U.S. Immigration and Customs Enforcement officials were told to let illegal immigrants go free.

“As of midnight tonight, stop all removals,” the email read. “This includes Mexican bus runs, charter flights and commercial removals (until further notice) … all cases are to be considered [no significant likelihood of removal in foreseeable future].”

“Release them all, immediately. No sponsor available is not acceptable any longer,” the email added.

The person who sent the email, according to Fox, hinted that the order came straight from the top.

Paxton commented on the lawsuit on social media last week, writing, “I won’t tolerate unconstitutional acts by this administration.”

Texas had signed an agreement with DHS which required Texas to be consulted prior to any actions which would “reduce, redirect, reprioritize, relax, or in any way modify immigration enforcement” agreements with the department under the Trump administration.

A judge on Tuesday agreed with Paxton and the Lone Star State.

CNN reported Judge Drew Tipton of the Southern District of Texas ordered a 14-day pause on the deportation moratorium. The pause was ordered by DHS on Friday of last week.

“In light of the foregoing, the Court finds that the threat of injury to Texas outweighs any potential harm to Defendants and the public interest is served and protected by the issuance of this TRO,” Tipton wrote.

Tipton was appointed to the bench by former President Donald Trump last February. He was confirmed by the Senate on June 3.

Paxton celebrated Tipton’s ruling in a statement, according to CNN.

“The Court’s decision to stop the Biden Administration from casting aside congressionally enacted immigration laws is a much-needed remedy for DHS’s unlawful action. A near-complete suspension of deportations would only serve to endanger Texans and undermine federal law,” Paxton stated.

Paxton also took a victory lap on social media and hit at the Biden administration with a bit of sarcasm.

Texas is the FIRST state in the nation to bring a lawsuit against the Biden Admin.

Within 6 days of Biden’s inauguration, Texas has HALTED his illegal deportation freeze.

*This* was a seditious left-wing insurrection. And my team and I stopped it.

“VICTORY. Texas is the FIRST state in the nation to bring a lawsuit against the Biden Admin. AND WE WON. Within 6 days of Biden’s inauguration, Texas has HALTED his illegal deportation freeze,” the Texas AG wrote.

“*This* was a seditious left-wing insurrection. And my team and I stopped it,” added Paxton.