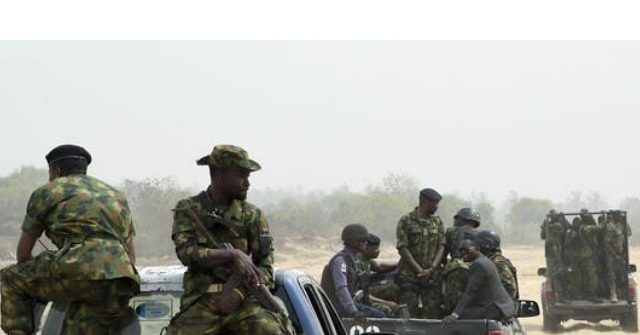 A 17-year-old female jihadist, presumably of the Boko Haram terror group, killed at least three people and injured another seven in a suicide attack in northeastern Nigeria on Saturday.

The girl detonated her explosives amidst a group of men in the town of Konduga in Borno State, some 24 miles from the regional capital of Maiduguri.

“The bomber snuck into the area and detonated her explosives,” said one unnamed local official. “Three people are dead.”

“We evacuated three dead bodies and two people who were seriously injured from the scene,” said aid worker Abubakar Mohammed.

According to Ahmadu Khali, another security official, the casualties would have been much higher if she had managed to move further inside the densely crowded area.

Although no group has claimed responsibility for the attack so far, residents were quick to point the finger at Boko Haram, which uses female suicide bombers and has been responsible for multiple similar attacks in Nigeria.

The town of Konduga is located just ten miles from a major base of the Boko Haram terror group, but the last attack of this sort happened seven months ago.

On January 30, a 12-year-old girl set off a bomb that killed three boys at a school in Muna Dalti, a suburb of Maiduguri.

In June 2019, Islamic extremists killed at least 30 people in a triple suicide bombing in Konduga. The three jihadists blew themselves up around 9:00 p.m. outside a room where people had gathered to watch a soccer game on television.

Along with the 30 casualties, another 40 others were wounded by the explosions.

Since 2009, Boko Haram and a splinter group, the Islamic State West Africa Province (ISWAP), have been responsible for the deaths of 36,000 people and have displaced some two million more.

Yep, our vaccine works against the British and South African strains of coronavirus

Restaurant Owner Rips Biden’s $15 Minimum Wage Plan, Reveals What It Will Do to Small Businesses

Yep, our vaccine works against the British and South African strains...