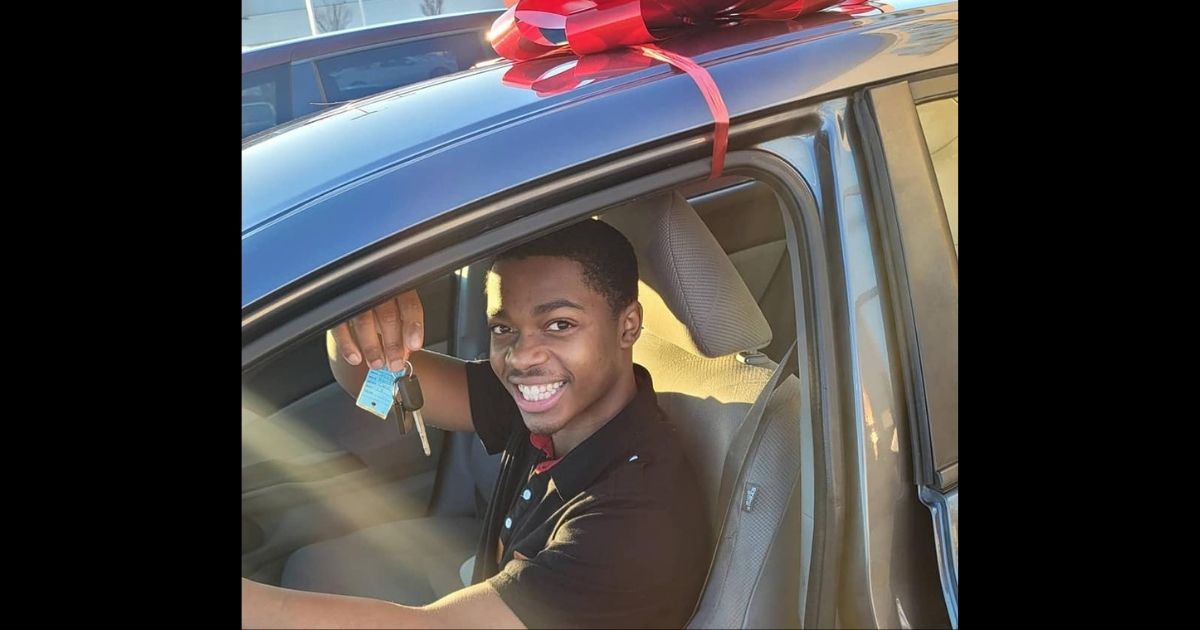 Jayden Sutton of Cobb County, Georgia, is a high school senior on a mission. He works 40 hours a week at a restaurant in addition to his schooling, and he’s trying to save up for a car.

His family has seen hard times, and his mother recently lost her car. Working full time without wheels to get to work means Sutton walks. A lot.

His shift ends at 10:30 p.m., by the time he walks the seven miles home, it’s often past midnight.

But Lavonda Wright spotted him one day, and from that point on, things were different.

After meeting Sutton, who knew her son, Wright felt compelled to start up a fundraiser to get Sutton his own set of wheels.

“My son and I were headed to dinner,” she wrote on a GoFundMe page for Sutton. “We noticed a young man walking at the speed of lightning with headphones on.

“My son asked me to slow down so he could check on his friend. The young man was relentlessly in a rush walking to work saying ‘I can’t be late.'”

He asked for a ride, and Wright agreed and got to know him a little better as they drove. She was impressed with his diligence and responsibility.

“I knew that if I had to walk to work every day to get a car that’s what I was going to do,” Sutton later told WAGA-TV.

The GoFundMe page raised almost $7,000, and Wright teamed up with Nalley Honda in Union City to get a car for Sutton. On Thursday, she got to present him with the surprise gift.

“First of all, let me say this is your car!” Wright said, quickly turning her focus to God. “We aren’t going to lift my name up, we are going to lift His name up because it’s all about Him.

“We are in the middle of the pandemic and so many people are focused on what’s being torn down.”

Sutton was shocked at the generous gift, telling Wright he was so grateful and that she had no idea how much the car meant to him.

“I love her for it,” he said during an interview, turning to address Wright before giving her a hug. “I just want to thank you so much. You don’t even understand how much.”

Sutton has some words for people fighting the good fight, as well, encouraging them to continue on.

“If you’re doing something good or trying to reach a goal keep doing it,” he said. “You might get some help. That’s what happened to me.”