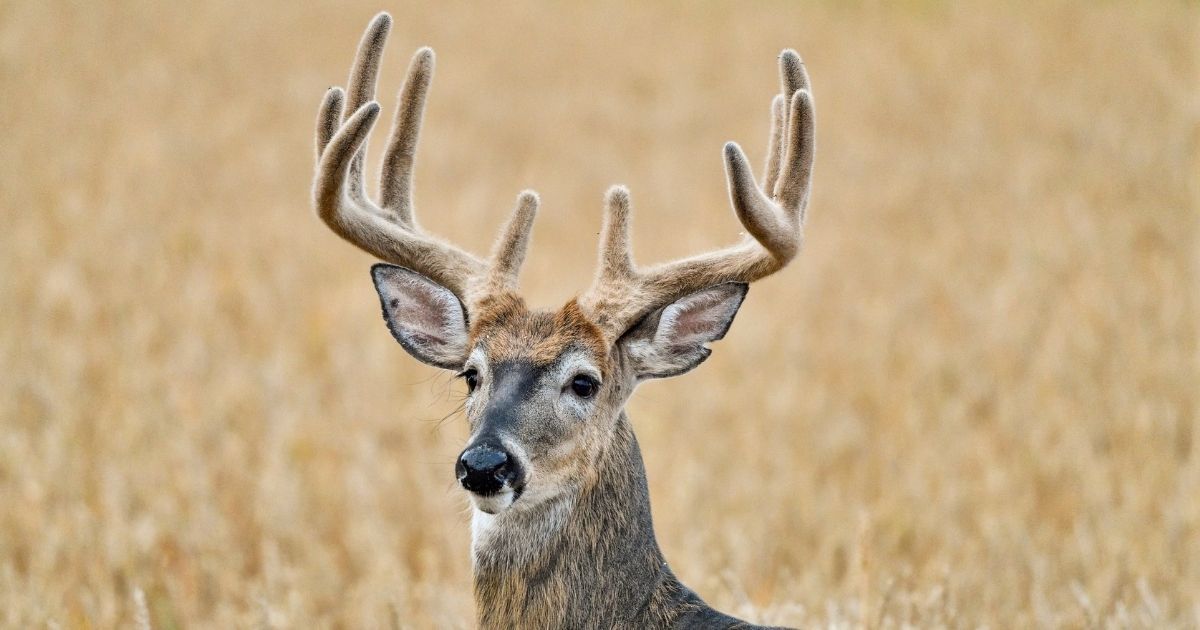 According to KSNW-TV, 14-year-old Paslie Werth broke a worldwide hunting record this September, felling a 42-point, non-typical whitetail deer while on the hunt with her dad, Kurt.

“On Sunday, we hadn’t seen a deer yet, and then when we went out that evening, I had no idea he’d be there and stand up 25 yards away,” the proud father said. “When we walked up to him, and we seen how big he really was that night, it was unbelievable how many points he had.”

With little more than 24 hours separating the Sept. 6 scene from the start of youth rifle hunting season in the state of Kansas, however, the moment came as an even bigger surprise to Paslie.

“When we got the score, it was hard to wrap around because none of us guessed it to be that much. And it was just very surprising, and I kind of couldn’t believe it,” she said.

“The trail camera pictures that we got did not do it justice.”

Cimarron teen captures the world record for the largest nontypical whitetail taken by a female. However, landing the massive 42-point rack wasn’t the highlight of her record-breaking hunt. @KSNNews https://t.co/BWfoDtgKbv

Paslie’s buck reportedly displayed 44 points and tallied an unofficial gross green score of 282 6/8 inches at the time of the antler harvesting, but received a Buckmaster official gross score of 283 inches.

Do you think hunting is a good family activity to do together?

Following the mandatory 60-day drying period, it was the final Boone and Crockett net score of 271 4/8 inches, however, that carried the rack of antlers to its world record status “as the largest non-typical whitetail taken by a female” in recorded history, KSNW reported.

Even after minor shrinkage undergone during the drying period, the rack bested that of previous record-holder Jamie Remmers by roughly 14 inches. Remmers had solidified her own place in the books with a non-typical whitetail that measured 257 1/8 inches in 1997.

The buck Paslie downed this past September was, itself, several years in the making.

The Werth family had waited on the whitetail for almost three years, watching expectantly as the deer matured on their Kiowa County residence.

Paslie had simply been the lucky family member to settle on the stud in 2020.

RELATED: Florida Is Training Dogs To Track Down Invasive Pythons – and They Just Hit a Major Milestone

“My sister passed on the buck, and then my dad passed it on last year, because it was pretty broke up when he saw it, and this year, was kind of just my year,” Paslie told KSNW.

“It was very shocking when I got him.”

Paslie went on to emphasize the role her family had played in the feat. The 14-year-old reportedly got her start as a sharpshooter and outdoorswoman years ago, following her dad into competitive shooting and archery by way of the 4-H youth development program.

Over the course of the last four years, Paslie has used the hobbies to tighten the bond with her father, hunting by his side as they fell a deer together annually.

“Being with my dad and as soon as I shot it and we got out of the blind and we got to it, we were so happy then and that was probably the best moment of it,” she said. “Being able to share the experience with my dad, it was just really fun.”

Her father took a similar tone, telling KSNW the great outdoors were just the place for American families to come together in these trying times.

“For us, it’s being able to spend time together and share it as a family. You don’t have to hunt, you can just enjoy the outdoors,” Kurt said.