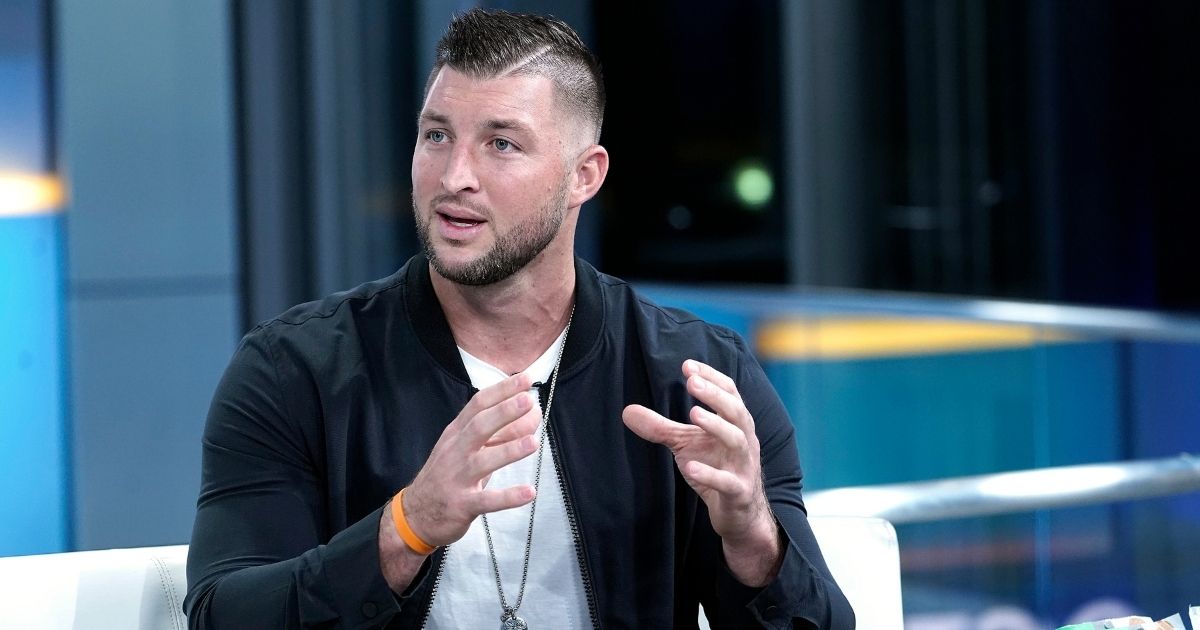 The following is an installment in a series of commentary articles by Cameron Arcand, founder of the conservative commentary website Young Not Stupid and a contributor to The Western Journal.

I will be the first to admit that I do not know much about football, so the news regarding Tim Tebow possibly playing for the Jaguars next season bears no significance to me.

But Tebow has made a name for himself in other ways, specifically as an advocate for Christ.

He has set an amazing example for young men like myself to fulfill God’s purpose for their lives and respect others. In those respects, he’s one of a dying breed of role models for Generation Z to look up to.

His latest charitable act centers around the Tim Tebow Foundation’s Her Song ministry, a Christian group that specifically focuses on educating women about human trafficking, and offers programs so women can support survivors of trafficking.

CDC Quietly Changes Major Part of ‘How COVID-19 Spreads' Page, Adds Advice That Millions Didn't Get When Trump Was in Office

“Young women come to us as referrals from a large network of law enforcement partners and service providers including the FBI, local sheriff’s offices, the judiciary,  the NEFLHT Coalition members, from survivors themselves, and from the community,” the organization’s website states. “We also identify victims hidden within the correctional systems and offer services and opportunities for growth.”

During an event with Tennessee Gov. Bill Lee at the state capitol on Thursday, Tebow and the governor unveiled a $5 million plan to fight human trafficking as part of the state’s budget, The Associated Press reported.

While the money will be used to support several different organizations, the former quarterback’s foundation will be receiving $1.2 million in state funding.

“My dad was in a remote country, preaching at an underground pastor’s conference,” Tebow said, according to TMZ Sports. “And, where he was, there were four girls, not too far away, that were being sold. He took out all the money in his wallet, which was $1,200, and he purchased them to rescue them because he knew whoever else was going buy them was not going do something good.”

At its core, human trafficking is an attack on the dignity of every human being & together we can end it. Grateful for our partners that are at the forefront of this important fight @EndSlaveryTN, @thistlefarms, @tnantislavery, @TimTebow & @tebowfoundation https://t.co/QnVQXTWdwp pic.twitter.com/nis6oTjDcm

Lee noted that the push will encourage communities to be valiant in the battle against human trafficking.

“We hope that this will facilitate and engage and inspire churches, nonprofits, organizations, individuals, to find out how they can be involved in rescuing women and children in Tennessee,” Lee said, according to the AP.

Considering human trafficking is the second-fastest-growing criminal industry in the state, according to the Tennessee Bureau of Investigation, it is understandable why there is a desire to put an immediate stop to it.

Human trafficking is often overlooked in the current political landscape in favor of more divisive and less disturbing topics.

With the average age of a child sold for sex in the U.S. being 13, it is unconscionable to think that so many turn their heads away from the issue, which could truly unite the country in action.

Celebrities and athletes like Tebow are in a unique position to bring awareness to human trafficking with their large platform, instead of getting involved in frivolous Twitter feuds with the intention of earning publicity.

States need to put political circus aside and take a page out of Tennessee’s book — and Tebow’s — to address one of the most horrific crimes that this nation witnesses every single day.