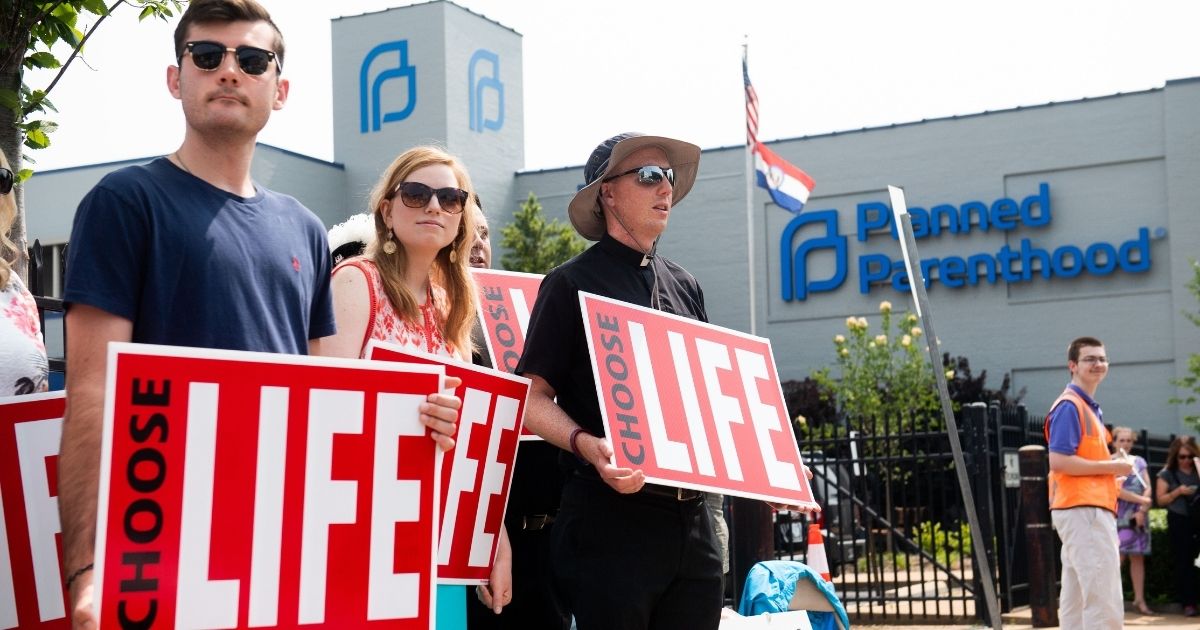 The Supreme Court on Monday granted review to a case challenging a Trump administration policy that barred family planning funding from going to abortion providers.

“The Trump administration issued rules in 2019 banning any providers that receive Title X funds from referring people for abortions while mandating referrals to prenatal services for all pregnant patients,” The Hill reported.

“It also required complete financial and physical separation from abortion services, posing challenges to providers that may offer abortions at the same sites they see other patients,” the news outlet added.

The funds are not to be used to pay for abortions, but pro-life advocates have argued that money is fungible, so taxpayer dollars should be separated from organizations that also perform abortions.

TRENDING: Dems Get Sneaky with COVID Bill, Include $100M for Subway System in Silicon Valley

Travis Weber, vice president for policy and government affairs with the Family Research Council, said in an interview with The Western Journal, “This is an incredibly important pro-life policy from the former Trump administration.”

“The Title X rule [change] … prevented American taxpayers from funding the abortion industry, by preventing money from going to those entities that are co-located with abortion facilities or providing referrals for abortions,” he explained.

“This was the Trump administration’s attempt to extricate the American taxpayer from complicity in the abortion industry,” Weber added.

Catherine Glenn Foster, president of Americans United for Life, said in a statement to The Western Journal, “Title X is intended for family planning, not abortion. Abortion is not family planning.”

Do you support the Protect Life Rule?

“The former administration made the right decision by clarifying the congressional intent of Title X that organizations that profit from abortion cannot receive taxpayer money,” she continued.

The Protect Life Rule, as it is unofficially known, had the effect of defunding Planned Parenthood of between $50 million and $60 million dollars of taxpayer funding when the organization declined to comply with the policy change, according to LifeNews.

Planned Parenthood and the American Medical Association, among other plaintiffs, challenged the Protect Life Rule in a suit filed in federal court in March 2019.

“The Final Rule authorizes and encourages Title X providers to tell pregnant patients about only some of their options and exclude any information about abortion,” the complaint states.

The plaintiffs argued this “gag requirement” is a violation of free speech and therefore unconstitutional.

LifeNews reported the lower courts were split on the Protect Life Rule.

In February 2020, the 9th Circuit ruled in favor of the legality of the Trump administration policy, according to The Washington Post.

“We are confident the Supreme Court will rule that the Trump administration and future pro-life administrations have the right to disentangle Title X taxpayer funding from the abortion industry,” Marjorie Dannenfelser, president of the pro-life Susan B. Anthony List, said in a statement provided to The Western Journal.

“Abortion is not ‘family planning’ and a strong majority of Americans — including 65% of Independents and nearly one third of Democrats — oppose taxpayer funding of abortion,” she added.

“The Protect Life Rule honors their will and the plain language of the Title X statute by stopping the funneling of Title X taxpayer dollars to the abortion industry, without reducing family planning funding by a dime.”

Katherine Johnson, a research fellow for legal and policy studies at the Family Research Council, also expressed confidence that the Title X rule change will be upheld.

“By taking up this case, I’m optimistic that the Supreme Court will resolve the existing federal circuit [split] in favor of the Trump administration’s Title X pro-life policy — which prevents more government funds from being directed to abortion providers,” Johnson said in a statement to The Western Journal.

The AMA, Planned Parenthood and fellow petitioners said in a joint statement Monday that they anticipate the Supreme Court to rule in their favor.

“This rule continues to bring immense harm to people across the country who depend on affordable reproductive health care like birth control, breast and cervical cancer screenings, and STI testing and treatment, among other essential health services that Title X provides.”

Planned Parenthood tweeted Monday, “The Biden-Harris administration already initiated a review of the Trump administration’s harmful changes to the Title X program and we look forward to working with them to quickly create a pathway to reenter the program for the health care providers forced out.”

The Biden-Harris administration already initiated a review of the Trump administration’s harmful changes to the Title X program and we look forward to working with them to quickly create a pathway to reenter the program for the health care providers forced out.

However, this review will take time, according to Weber, including a public notice and comment period before the rule can be changed.

The Trump administration proposed its pro-life rule change in June 2018 and finalized it in March 2019.