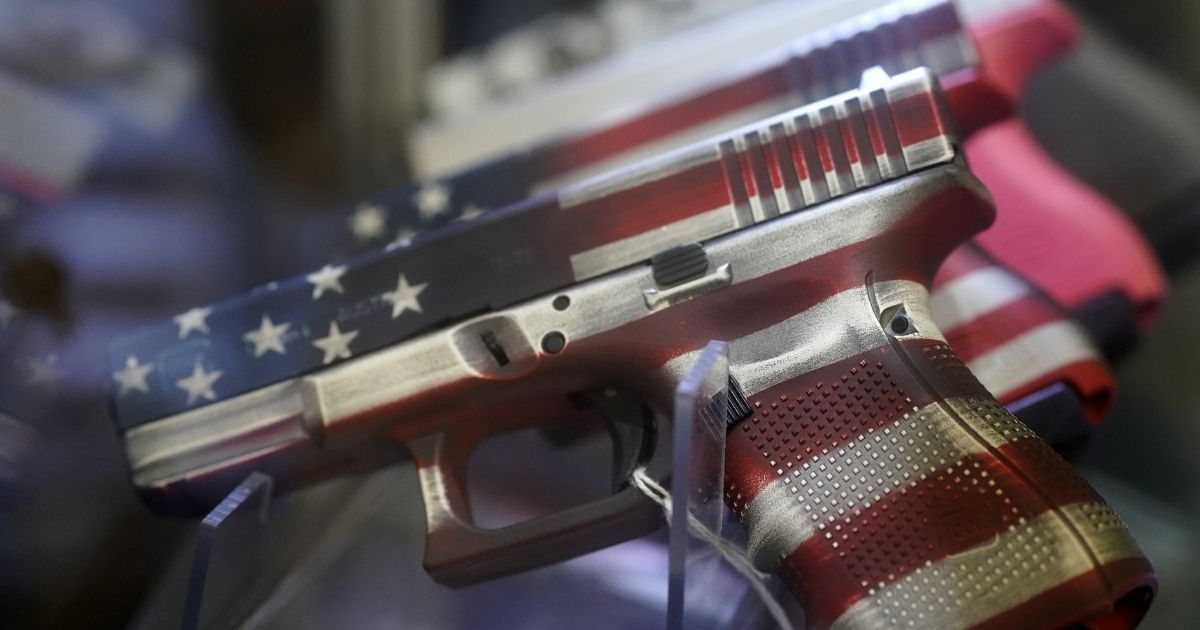 Support for enacting stricter gun control laws has dropped to its lowest level in four years, according to a new survey.

Amid a year of record gun sales, Gallup reported Monday that support for stricter gun control laws has slipped significantly.

“In the absence of a high-profile mass shooting in the U.S. in 2020 and amid the coronavirus pandemic, civil unrest related to racial justice issues and the contentious presidential election campaign, Americans are less likely than they have been since 2016 to call for increased gun control,” the pollster reported.

Gallup reported that 57 percent of Americans answered that gun control laws should be “more strict” when asked the question, “In general, do you feel that the laws covering the sale of firearms should be made more strict, less strict or kept as they are now?”

A significantly diminished majority of Americans, 57%, favor stricter laws covering the sale of firearms, while 34% prefer that these laws be kept as they are now and 9% support less-strict laws. https://t.co/6ETwDLxzQX

The pollster said that was a 10-point drop from the recent high of 67 percent of Americans who supported stricter gun laws in 2018 and a 7-point decrease from the 64 percent in 2019.

In the new survey, 34 percent of respondents said they wanted gun control laws to be kept as they are, while 9 percent said they preferred less-strict laws.

Support for stricter gun laws in the survey hit its lowest level in 2012, when just 44 percent of those polled said they wanted stricter laws.

Do you favor stricter laws for gun purchases?

Gallup first began asking the public about support for gun control in 1990, when a record 78 percent of respondents said they supported more gun control.

The pollster noted in its most recent survey that Democrats are more likely to support stricter laws on gun purchases than Republicans or independents.

Only 22 percent of Republicans reported wanting stricter gun laws compared with 80 percent of Democrats and 60 percent of independents.

“Among these groups, the largest gap in support for more stringent gun laws is for partisans,” Gallup reported. “The current 22% of Republicans favoring stricter laws for gun sales is the lowest for the group over the past 20 years and represents a 14-point drop since 2019.

“Meanwhile, the percentages of Democrats and independents calling for more gun control are near the highest recorded by Gallup since 2000. The 63-point gap between Republicans and Democrats is the highest on record over the past two decades.”

Among gun owners, 74 percent wanted gun laws kept as they are now or made less strict.

The survey polled 1,000 Americans and had a margin of error of plus or minus 4 percentage points.

Gallup noted its results might seem to be contradicted by the fact that an “estimated 5 million Americans have become new gun owners thus far in 2020,” but it said those purchasers represent only “about 2% of the U.S. adult public.”

Biden to shut down Keystone pipeline “on day one”

Biden to shut down Keystone pipeline “on day one”