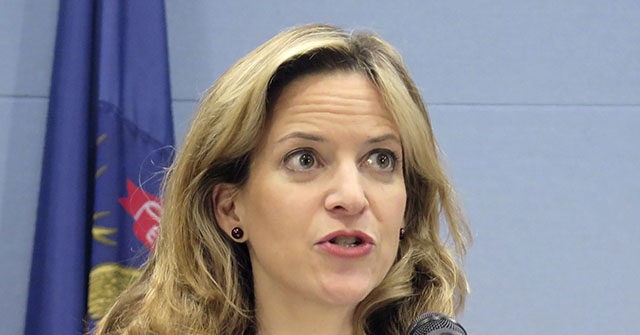 On Tuesday’s broadcast of CNN’s “Cuomo Primetime,” Michigan Secretary of State Jocelyn Benson (D) reacted to the Wayne County Board of Canvassers reversing its earlier decision to not certify election results in the county by praising the decision and saying she will “look into” the board’s request to audit precincts in the county that didn’t match, but said that there hasn’t been any evidence “of any irregularities, any widespread fraud, and any suggestion that there was is an effort to misinform the public and falsely erode the public’s confidence” in the election.

Benson said of the audit request, “We’re certainly going to look into that. I mean, look, we want everything to be valid. We want everything to be clear, and we want voters to have confidence in the process, and we’re going to continue to do everything we can within my authority to ensure that’s the case, and also prepare our clerks at every jurisdiction to ensure they have the tools and resources they need to move forward into the next set of elections and assure the public that these elections were indeed accurate and a real reflection of the will of the people.”

She added that her office and the Board of Canvassers today haven’t received any evidence “of any irregularities, any widespread fraud, and any suggestion that there was is an effort to misinform the public and falsely erode the public’s confidence in, again, what was a very well-run election, which I’m gratified that the Board of Canvassers in Wayne County ultimately saw, ultimately was convinced of, and now we can move forward with the full statewide certification in the days ahead.”

Should Teachers Return to In-Person Instruction?