Jessie Serfilippi, a historical interpreter at the Schuyler Mansion State Historic Site, examined letters, account books and other documents for her research and concluded that Hamilton not only enslaved people, but “his involvement in the institution of slavery was essential to his identity, both personally and professionally,” according to the Times.

Hamilton opposed slavery and held views that were relatively enlightened compared to his white contemporaries, but made compromises. He married into the wealthy slaveholding Schuyler family in 1780, where his father-in-law General Philip Schuyler enslaved as many as 27 people at his Albany mansion and nearby farm, according to History. In 1785, Hamilton helped found the New York Manumission Society, which advocated for the gradual emancipation of enslaved people in the state. (RELATED: FLASHBACK: Buttigieg Said The Founding Fathers ‘Did Not Understand That Slavery Was A Bad Thing’)

Biographers have documented Hamilton’s involvement in buying and selling slaves, but there was uncertainty surrounding whether he enslaved people in his own household, according to the Times.

Serfilippi’s findings are based off of primary source documents like cash books and family letters. One letter from Hamilton to George Clinton in May 1781 mentions waiting for a sum of money “to pay the value of the woman Mrs. H[amilton] had of Mrs. Clinton.”

Serfilippi writes that some historians interpret this exchange as paying for the value of her labor, but she interprets it as “exchanging money for the woman herself.”

She also cites an entry from a cash book from June 1789, when Hamilton recorded receiving $100 for the “term” of a “Negro boy,” which Serfilippi argues was evidence of enslavement of the boy, according to the Times. 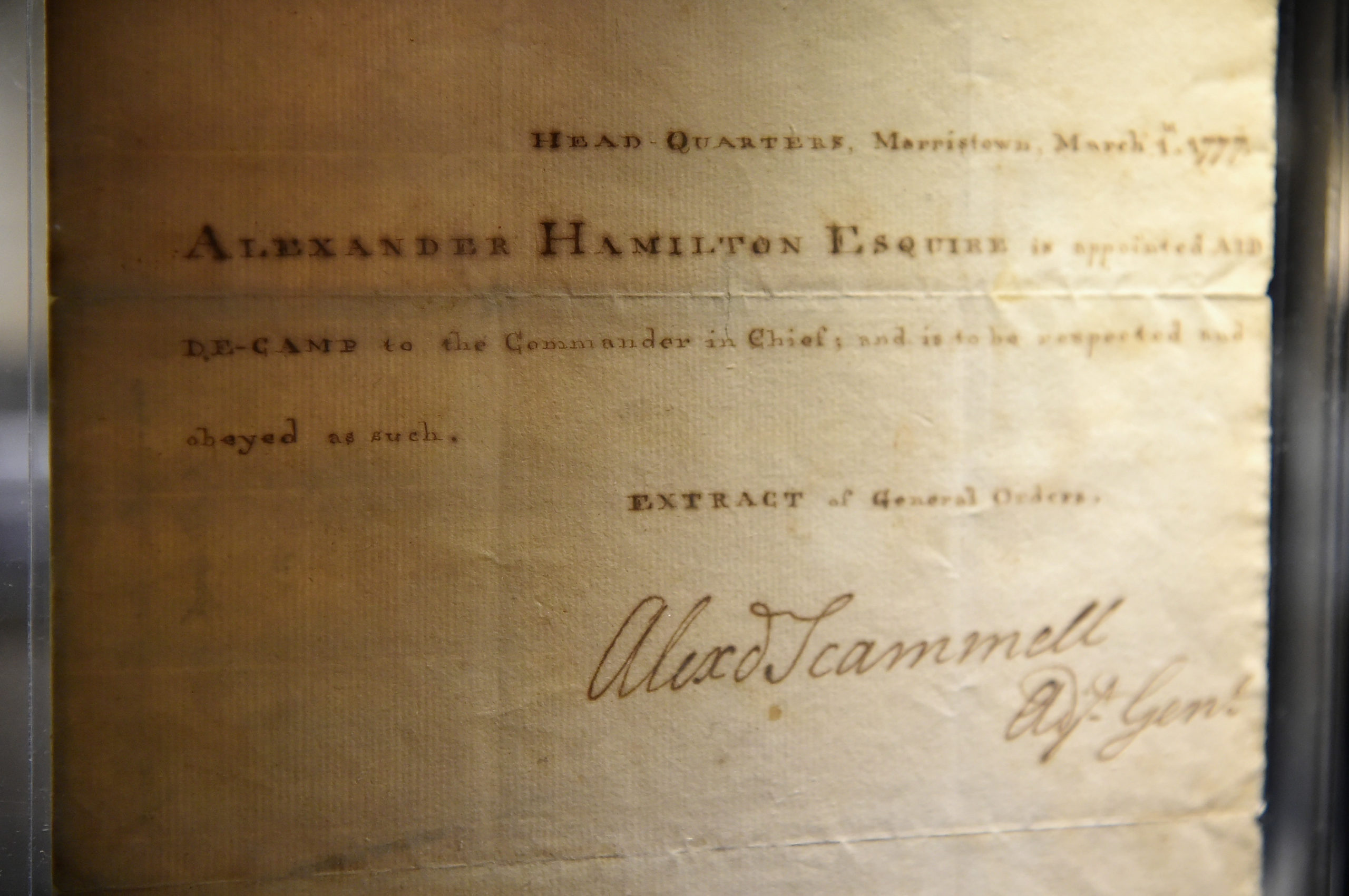 Historians and experts of Hamilton have welcomed the new findings, but some have also critiqued it as incomplete.

Joanne Freeman, a professor of history at Yale and editor of the Library of America edition of Hamilton’s writings, said that the evidence remained to be fully weighed but that the paper “better reflects the central place of slavery in America’s Founding.”

“It’s fitting that we are reckoning with Hamilton’s status as an enslaver at a time that is driving home how vital it is for white Americans to reckon — seriously reckon — with the structural legacies of slavery in America,” Freeman told the Times.

Ron Chernow, the author of the 2004 biography of Hamilton that was reportedly the inspiration for the Broadway musical “Hamilton,” said Serafilippi’s paper showed a lopsidedly negative view, the Times reported.

While the paper “seems to be a terrific research job that broadens our sense of Hamilton’s involvement in slavery in a number of ways,” Chernow also remarked on the relative lack of attention to Hamilton’s anti-slavery activities. He also found that “she omits all information that would contradict her conclusions.”