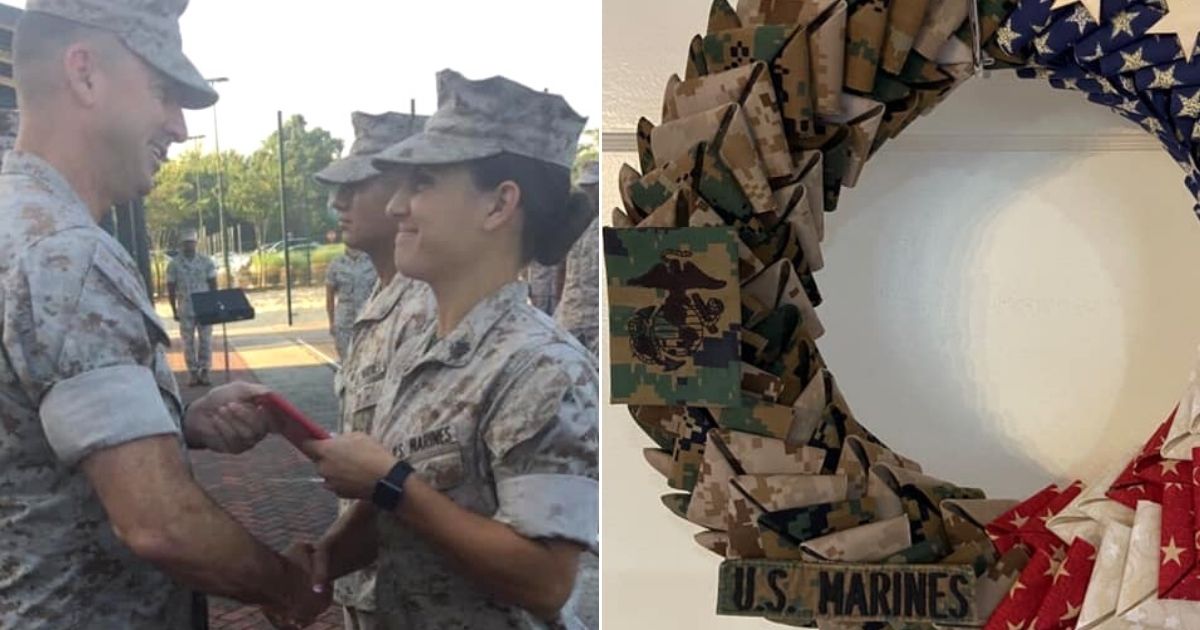 After Air Force Staff Sgt. Nicole Pompei created a decorative wreath out of her old military uniform, she found that many people across the country had a similar desire to honor their loved ones.

“I started the business because the Air Force was switching over to new uniforms, and I wanted to find a cool way to memorialize my old ones,” she told People.

“Thanks to some help from my crafty mother, we came up with this design.”

Since launching Wreaths by Nicole in July, Pompei has created more than 200 wreaths out of old military uniforms.

Pompei, an active-duty airman and who previously served in the Marine Corps, makes the wreaths in a variety of sizes and designs — some patriotic and others festive.

She even handcrafted a special wreath for a customer who sent her three uniforms from 1946.

“I almost didn’t have the heart to cut them,” she wrote on Facebook. “I’m happy I did. Now they have a blended moment that they can hold with them for a lifetime.”

The Texas woman said she never intended to create a business, but her inbox was flooded with requests after she posted her first design on Facebook.

“It just kind of blew up,” she told Fox News.

Pompei said the most rewarding part is hearing the stories of her customers and their family members.

“I feel so honored that I can memorialize and honor their service. I have such respect for anybody who has served in the military,” she told People.

Her wreaths often get such an emotional reaction that she told KENS-TV in San Antonio she has thought of adding a warning.

“I cannot tell you how many times I’ve had customers tell me the recipient began crying from being so overwhelmed with their gift.”

Stephen King mocks Kayleigh McEnany: ‘Enjoy your next job as a...