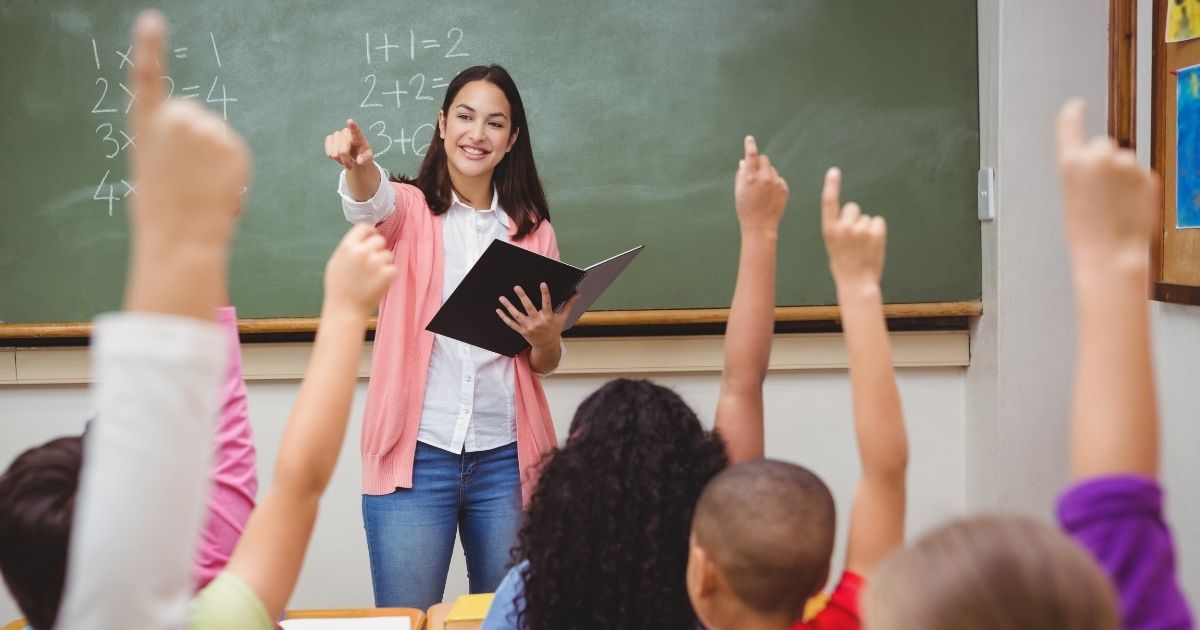 It was disgusting that decades ago, white Americans could make sweeping generalizations about black Americans, implying they were somehow defective, destructive, less than human and dangerous.

Those attitudes have thankfully changed, but what has replaced them is simply an inversion of those ideas rather than outright destruction through equality for all, the true aim of civil rights leaders decades ago.

In the place of racist rot codified in Jim Crow laws comes an equally repugnant ideology that has emerged recently, this time from the Southern Poverty Law Center’s ironically named “Teaching Tolerance” project.

The publication’s fall issue featured a piece titled “The Weaponization of Whiteness in Schools,” which charged that white teachers are “weaponizing whiteness” to the detriment of their black pupils.

Coshandra Dillard, the author of the piece, began with the example of an altercation that occurred in a New York City park in May after a black man hassled a white woman about keeping her dog on a leash.

When the woman got upset, apparently thinking a treat the man spontaneously offered the dog following their contentious exchange might be poisoned, she threatened to tell police there was an “African-American man” making threats against her life.

The woman was fired from her job, trolled on social media and shamed over what many called her “racist” assumptions after video of the incident went viral.

Dillard used this woman to extrapolate a whole set of assumptions about the entire white race from that single exchange, a practice that would be considered unconscionable had the races been reversed.

“Typically, the weaponization of whiteness happens this way: There is a demonstrated sense of entitlement, anger and a need for retaliation, feigned fear and, finally, white fragility,” Dillard wrote.

Is the left overly paranoid about racism?

“It’s easy to recognize this pattern when it’s caught on video. We can observe for ourselves racial slurs, exaggerated fear and the privilege of whiteness forcefully taking up space,” the piece continued.

“But when we publicly shame white people caught on video or demand severe penalties for their transgressions, we are individualizing racism rather than seeing how it can easily manifest in any white person because of how whiteness works in our society.”

Apparently, this supposed phenomenon can spill over into classrooms when white teachers discipline minority students for common transgressions such as cutting class, coming to school late, back talk and other violations which are somehow a product of this mythical “weaponization of whiteness.”

“[J]ust as all white people have the ability to weaponize their whiteness, all Black people can be harmed by it. Black students aren’t exempt. Weaponizing whiteness happens in schools every day,” Dillard wrote.

Charlie McGeehan, a white humanities instructor who co-founded a group called “Building Anti-Racist White Educators,” spoke about his need to quash the urge to gain authority over his classroom.

RELATED: UK Study: Closing Schools Because of COVID Was a Mistake in the First Place

“To me, [the weaponization of whiteness in schools] describes the way that minor issues — like a student coming to class late or cutting class — end up spiraling into more serious disciplinary issues that can have dire consequences for students,” he said in the piece.

“I have to actively resist the urge to maintain power or control in my classroom, and especially to resist the anger that can bubble up in me when that control is called into question,” McGeehan added. “I actively work against these impulses in my practice — but even after years of doing this, it still takes work.”

So, instead of teachers who have explicit authority over the classroom exercising it to maintain order and obedience, they should apparently let the classroom descend into chaos if the kids are black and the teachers are white?

One somewhat arguable point Dillard went on to make was about the prevalence of law enforcement calls to deal with school disciplinary issues.

“One common way educators retaliate against Black students is by calling a school resource officer to their classroom,” Dillard said. “Educators surely know that there is a possibility the situation could escalate quickly — we’ve seen it happen too many times,” of course advancing the narrative that police are universally dangerous to black people.

But instead of arriving at the point that these government workers too often look to other government authority figures to solve their problems, the author again settled on whiteness as the culprit.

“A central tenet of white supremacy — then and now — is that white women must be protected from danger, real or imagined, often with violence,” Dillard wrote, pointing out that more than half of public school teachers are white females.

“When white women educators call the police on Black students for arbitrary reasons, they are calling up that history of racial terror, whether or not they intend to cause harm,” she added. “The intent doesn’t matter.”

This whole worldview assumes that every interaction between white teachers and black students is always about race, regardless of the other factors involved.

Dillard certainly didn’t invent this idea, which is encompassed in critical race theory and was packaged by Robin DiAngelo’s bestseller “White Fragility: Why It’s So Hard for White People to Talk About Racism.”

The concepts of DiAngelo’s book and Dillard’s piece boil down to the assumption that white people are inherently unable to act fairly and rationally towards non-white people, no matter what they say or even if they consider themselves not to be racist.

While there is something to be said for schools not resorting to law enforcement to settle disciplinary problems, the leap to weaponized whiteness is unfair, if not a little paranoid and self-fulfilling.

That isn’t to say that individual racism doesn’t happen — clearly it does — but rather that there is nothing inherently wrong with white people that can justify such a gross generalization (the same would be said if races were reversed).

It’s a sad and unfair way for Dillard to view her fellow man. It leads to nothing positive for either side of the debate and only fuels more division.

Maybe instead of worrying about finding the “racism” that’s supposedly hiding everywhere, a more productive dialogue would be about constructively solving behavior problems for all students, regardless of the color of their skin.

Instead, Dillard spilled many words explaining how white people have a fatal flaw that makes them dangerous, irrational and defective — an idea that itself turned her piece into a racist diatribe against white people.

Tebow’s Latest Fight Has Nothing to Do with Football, But It’s Infinitely More Important