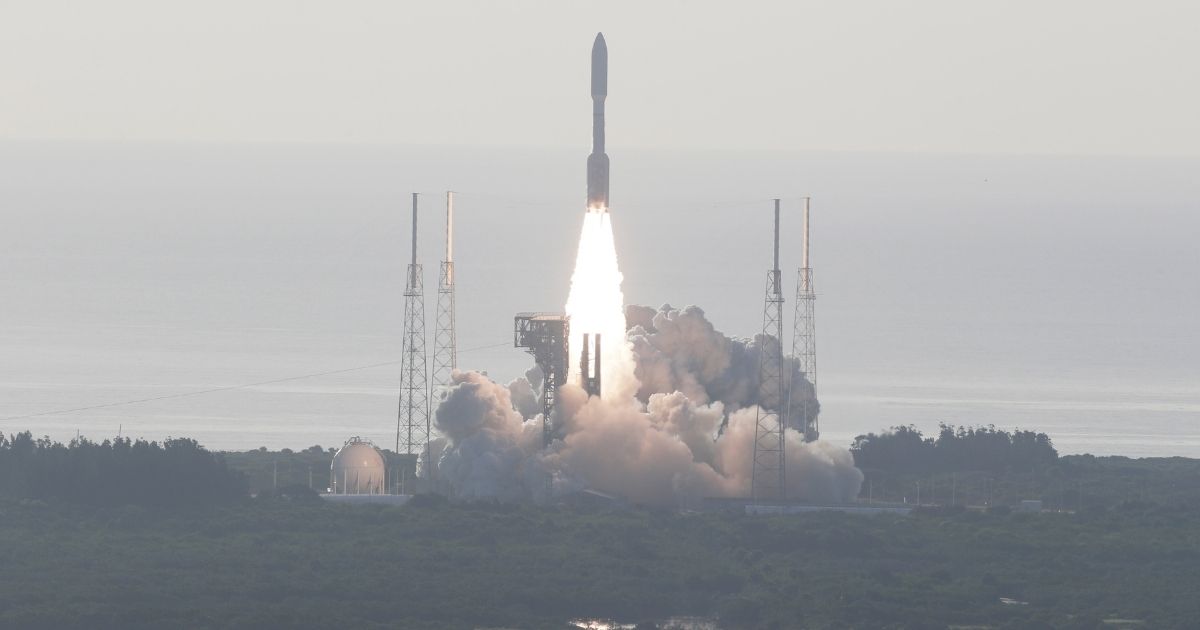 Outgoing Secretary of the Air Force Barbara Barrett announced on Wednesday that Huntsville, Alabama, has been selected as the preferred home of the U.S. Space Command.

The U.S. Army’s Redstone Arsenal, located southwest of Huntsville, will house the unit.

“The role of the Space Command is to conduct operations such as enabling satellite-based navigation and troop communication. That is different from the Space Force, which is a distinct military service,” WVTM-TV reported.

Huntsville — known as Rocket City because NASA’s Marshall Flight Center and other aerospace industries are located there — was among six finalists the Department of Defense was considering for the permanent facility for Space Command, according to a statement from the Air Force.

“Huntsville compared favorably across more of these factors than any other community, providing a large, qualified workforce, quality schools, superior infrastructure capacity, and low initial and recurring costs,” the Air Force said.

Thanks to all the cities who supported the command during @usairforce’s assessment. We look forward to working w the state of #Alabama & city of #Huntsville to ensure there is Never a Day Without #Space. —@USArmy GEN Jim Dickinson, #USSPACECOM cmdr https://t.co/duiQrCjY0r

“Additionally, Redstone Arsenal offered a facility to support the headquarters, at no cost, while the permanent facility is being constructed,” according to the Air Force.

Do you think Huntsville is a good choice for Space Command?

A majority of Space Force units are located at Peterson and the nearby Schriever Air Force Base.

“I am extremely disappointed. I have never been so disappointed in my whole life,” Lamborn told The Gazette of Colorado Springs.

“I believe, based on inside information, that politics must have played a role. By any standard, Colorado would come out on top of any competition.”

Lamborn, who has served on the House Armed Services Committee since 2008, believes moving the Space Command has national security implications.

“The Pentagon liaison I talked with admitted that, operationally, this will cause disruption in a major combatant command and admitted in the short term this will be much more expensive,” he said.

The Gazette reported that the “Pentagon has spent more than $350 million on Colorado space infrastructure in recent years and is breaking ground on a new $800 million space operations center at Schriever Air Force Base.”

“This is outstanding news, not only for our state but also for the Air Force,” he said in a statement.

“This long-awaited decision by the Air Force is a true testament to all that Alabama has to offer. Huntsville is the right pick for a host of reasons – our skilled workforce, proximity to supporting space entities, cost-effectiveness, and quality of life, among other things,” Shelby added.

A news release from the senator noted the industrial base surrounding Redstone includes more than 400 aerospace and defense technology companies and the region is known for rocket research and development.

“Our space program was born, raised and came to greatness from Alabama soil,” Aderholt said in a news release. “So, it’s only fitting that the next great incarnation of our leadership in space would be firmly planted here as well.”