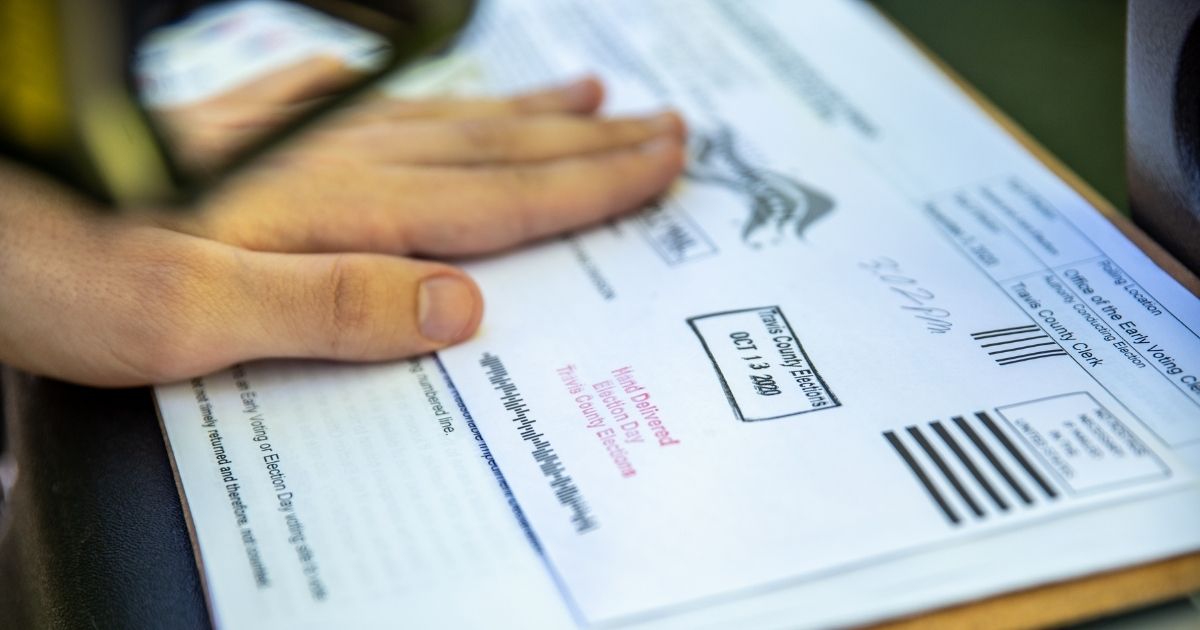 A Texas woman has been charged with 134 counts of election fraud after she allegedly acted to register nursing home residents, many of whom were mentally incapacitated, to vote in the 2020 election.

Kelly Reagan Brunner, a social worker in the Lone Star State community of Mexia, is accused by Texas Attorney General Ken Paxton of acting as an agent for 67 residents at the Mexia State Supported Living Center.

According to a complaint from the state AG’s office, Brunner took advantage of the residents by registering them to vote without their consent.

Her ultimate plan, according to Paxton, was to use her position as a proponent for those with disabilities to acquire mail-in ballots so she could vote on their behalf.

“I strongly commend the Limestone County District Attorney’s Office, Sheriff’s Office, and Elections Office, as well as the Department of Health and Human Services Office of the Inspector General for their outstanding work on this case and their commitment to ensuring a free and fair Presidential election in the face of unprecedented voter fraud,” Paxton said in a news release.

He added, “Registering citizens to vote or to obtain mail ballots without their consent is illegal.”

The news release from the Texas AG accused Brunner of submitting “voter registration applications for 67 residents without their signature or effective consent, while purporting to act as their agent.”

In Texas, we will prosecute voter fraud to the fullest extent of the law. #electionfraud pic.twitter.com/SKH42ZeFRI

The release noted that facilities such as the Mexia State Supported Living Center “serve people with intellectual and developmental disabilities.”

“In Texas law, only a parent, spouse or child who is a qualified voter of the county may act as an agent in registering a person to vote, after being appointed to do so by that person,” it said.

The release added, “None of the SSLC patients gave effective consent to be registered, and a number of them have been declared totally mentally incapacitated by a court, thereby making them ineligible to vote in Texas.”

Paxton referenced the importance of free and fair elections when commenting on Brunner’s case.

Do you believe fraud was widespread in the presidential election?

RELATED: Here's What Trump Reportedly Told Advisers About Running in 2024

The Texas AG vowed to use every resource available to him to fight election fraud.

“It is particularly offensive when individuals purport to be champions for disability rights, when in reality they are abusing our most vulnerable citizens in order to gain access to their ballots and amplify their own political voice,” he said.

“My office is prepared to assist any Texas county in combating this insidious form of fraud,” Paxton concluded.

KWTX-TV reported Brunner was arrested on Nov. 2 and bonded out that same day.

The establishment media declared Democrat Joe Biden the winner of Tuesday’s presidential election over the weekend despite looming recounts and questions about fraud and the counting of ballots in several hotly contested states.

Paxton commented on the contested election on Twitter on Friday.

“We must have fair and ethical elections. Without this we have no republic. I support @realDonaldTrump in his actions to make sure every vote is counted legally. America deserves that,” Paxton tweeted.

We must have fair and ethical elections. Without this we have no republic. I support @realDonaldTrump in his actions to make sure every vote is counted legally. America deserves that. 🇺🇸 #ElectionResults2020 #ElectionSecurity

Critics of President Donald Trump’s decision to contest the election results have broadly dismissed the possibility of election fraud.

The president’s attorneys are expected to begin presenting their evidence showing voting irregularities in a number of key states this week.