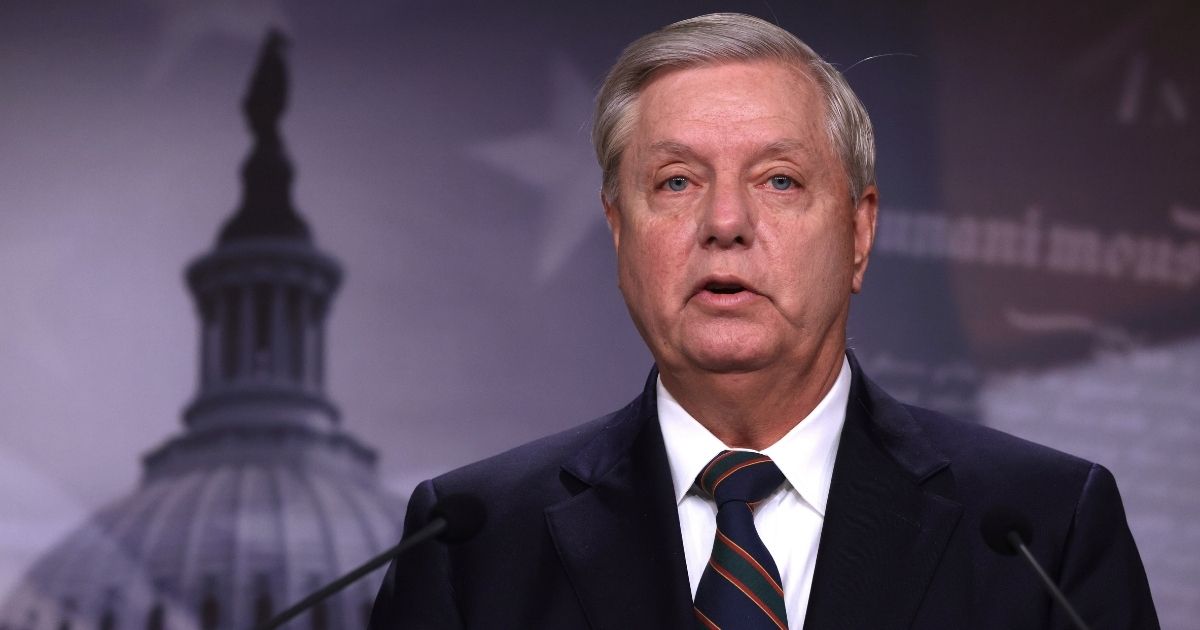 Joined by 10 Republicans, the Democrat-controlled House of Representatives voted last week to impeach President Trump for a second time, a mere week before the inauguration of President-elect Joe Biden.

The Senate trial for this politically motivated parting gift is slated to begin after Trump has left the White House. Wherever one stands on the role of Trump’s speech in inciting the Jan. 6 assault on the U.S. Capitol, the appropriateness of a post-presidency impeachment needs to be examined.

Aside from the fact that new evidence suggests the riot was pre-planned and according to a NPR report (and many others), that the former chief of the U.S. Capitol Police, Steven Sund, said “security officials at the House and Senate rebuffed his early requests to call in the National Guard,” the Democrats have triggered an action that sets a dangerous precedent for both past and future U.S presidents.

On Wednesday night, Republican Sen. Lindsey Graham of South Carolina, who is opposed to the impeachment of a former president, appeared on Fox News’ “Hannity.” He said if the Senate chooses to go forward with the Democrats’ foolish gambit, it could lead to future impeachments of former presidents. Graham asked, “Should we impeach Barack Obama because, for 24 hours, he never lifted a finger to help those people under siege in Benghazi? Where does this stop?”

In the terms of the old TV show, it’s the $64,000 question, the question that trumps all others: Is there ever an end to a former president’s culpability of actions taken during his time in office?

The failure in September 2012 of then-President Obama himself, then-Secretary of State Hillary Clinton and other top administration officials to first prevent Islamic militant group Ansar al-Sharia’s attack on the American diplomatic post in Benghazi, and once it began, to provide assistance to Americans defending the facilities, are well-known and documented.

House Republicans completed a long and formal investigation and issued an exhaustive report in 2016 that detailed the attack that resulted in the deaths of four Americans, including a United States ambassador.

In January 2017, Republicans controlled the White House, the Senate and the House of Representatives. Anxious to get to work to “Make America Great Again,” the impeachment of the former president for his abdication of duty during the Benghazi assault was not part of their agenda.

Here’s what Graham told Sean Hannity: “We’ll play this out. We impeach the president today without any evidence. It’s just sheer hatred. If this becomes the norm, be careful what you wish for today. Under this theory, the radical left — if you can impeach a president after they’re out of office, why don’t we impeach George Washington? He owned slaves. Where does this stop? So, to my Republican colleagues, let’s stand firm for the idea — whether you like Donald Trump or not, he’s not above the law.”

Do you agree with Lindsey Graham?

“If he did something wrong, you know, you can face the consequences of the law. Impeachment is political. What we’re doing here is we’re impeaching the president without any evidence, without any witnesses and we’re going to have a trial after they are out of office. How do you survive as a president in the future? This will be an attack on the presidency in perpetuity.”

Our country is currently in crisis. First, COVID-19 has claimed the lives of nearly 400,000 Americans as of Sunday, according to the Johns Hopkins Coronvirus Resource Center. According to New York Times data, there have been about 23.8 million cases of the virus nationwide. This pandemic has devastated our economy and added trillions to the national debt.

Second, the U.S. must deal with a rising China whose ambition to dominate the planet is a clear and present danger.

Next, the majority of those who voted for Donald Trump believes that the Democrats stole the election through widespread fraud in six battleground states. The political divide in the U.S. is reaching pre-Civil War proportions.

Additionally, the mainstream media long ago lost any pretense of objectivity in reporting the news. It outlets, along with Big Tech, were instrumental in suppressing negative information about Biden and his family, and amplifying stories that were unfavorable to Trump.

The Democrats would rather make a spurious impeachment trial of a former president a major order of business instead of buckling down to address the multiple enormous crises we currently face. It really shows us who they are.

Graham is entirely correct when he said that “if this becomes the norm, be careful what you wish for today.”

Already, the newly minted Republican congresswoman from Georgia, Rep. Marjorie Taylor Greene, has vowed to introduce articles of impeachment against Biden one day after he takes office. She argues Biden was abusing his power as vice president when, in 2015, he gave an ultimatum to then-Ukrainian President Petro Poroshenko to fire Viktor Shokin, the prosecutor general who was investigating Ukrainian energy company, Burisma Holdings, which employed Biden’s son Hunter as a board member, or Ukraine would not receive $1 billion in U.S. aid

On January 21, 2021, I’ll be filing Articles of Impeachment against Joe Biden for abuse of power.#ImpeachBiden #QuidProJoe#BidenCrimeFamilly

Taylor Greene is correct that Biden’s threat, which he boasted about at a 2018 Council on Foreign Relations event, represented a quid pro quo, but do we really want to go down this road?

Do we intend to diminish the gravity of impeachment to such a point where it is used casually and frequently by one party against the other for political gain?

No serious deliberation took place in the House on Wednesday. Democrats delivered reckless and hyperbolic remarks on the House floor without providing any evidence that Trump instigated a riot.

Canadian commentator Conrad Black, as he always does, eloquently explained the Democrats’ folly in pursuing this baseless impeachment in a piece published Saturday.

“The article of impeachment that was passed this week is one third press clippings and contains no plausible legal charge,” he wrote. “Trump is accused of inciting an insurrection, which is a violent uprising against the government; this was what President Lincoln declared when 11 southern states seceded in 1861, starting a Civil War in which 750,000 Americans died.”

Democrats “ignored the months of ‘peaceful protests’ across the country all summer that killed scores of people, injured 700 police, and did $2 billion of damage to mainly minority-owned businesses,” Black continued.

“And now, in the most fatuous exercise in American political history, the House Democrats have launched an impeachment of the president with no argument, no evidence, no witnesses, no due process of any kind, for a proposed trial to remove the president from office well after he will have departed that office at the expiry of his constitutionally fixed term and to do so for conduct that did not occur. This will be a total fiasco and Trump’s enemies in their frenzy are endangering the claim of the United States to be a democracy governed by the rule of law.”

Laughably, the theme for Biden’s forthcoming inauguration is “unity.” If the Democrats truly seek unity, Biden should lean on congressional leadership to end this frivolous action immediately.

Because it doesn’t appear he is doing so, Graham is right to ask, “Where does it stop?” Where indeed.

That’s the $64,000 question — and one Democrats and the mainstream media are unable to answer.