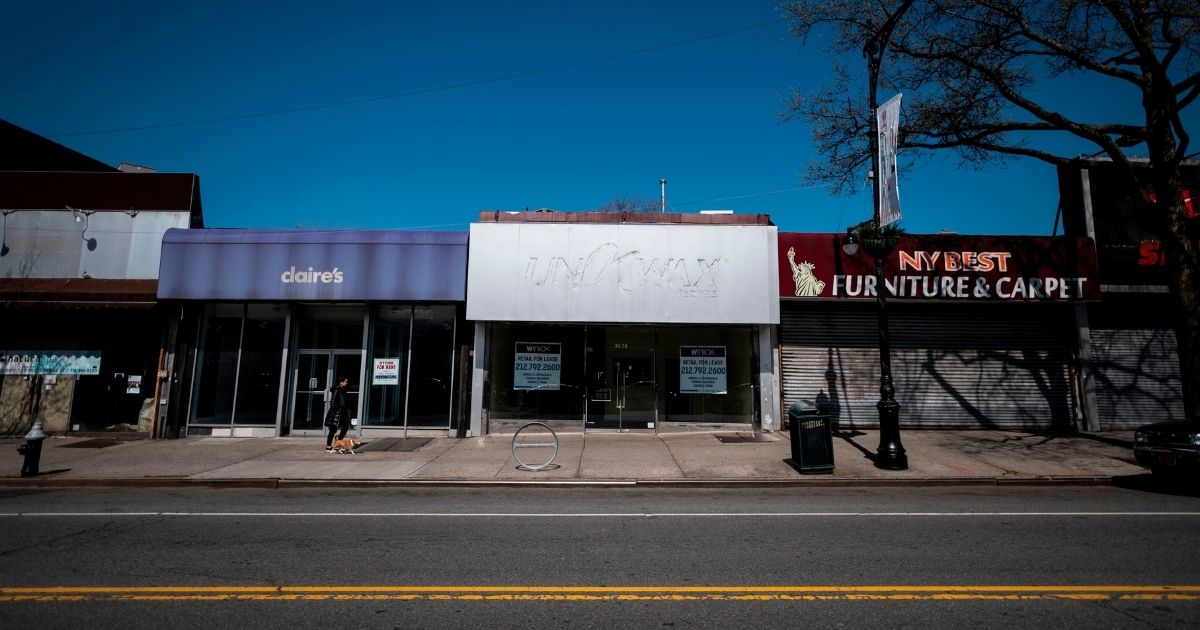 Do strict lockdowns work? That’s not even a question you’re supposed to raise; of course they do. Who are you to argue with Anthony Fauci? Science says lockdowns work, right?

Not according to a new peer-reviewed study by several Stanford University researchers, which found that eight nations that adopted stringent lockdown measures faired no better than two that didn’t.

The study, published in January’s European Journal of Clinical Investigation, found that there was “no clear, significant beneficial effect of [more-restrictive lockdowns] on case growth in any country.”

The study is being hailed by lockdown critics but attacked by supporters of the lockdowns because its authors — Drs. Eran Bendavid, Christopher Oh, Jay Bhattacharya and John Ioannidis — were already lockdown critics, according to The Washington Times.

The eight countries with more restrictive movement controls — or “nonpharmaceutical interventions,” as per the study — are England, France, Germany, Iran, Italy, the Netherlands, Spain and the United States. Sweden and South Korea, meanwhile, instituted more voluntary measures, refusing to order businesses shut or citizens to stay at home.

“In the framework of this analysis, there is no evidence that more restrictive nonpharmaceutical interventions (‘lockdowns’) contributed substantially to bending the curve of new cases in England, France, Germany, Iran, Italy, the Netherlands, Spain, or the United States in early 2020,” the study found.

The study’s authors said they “do not question the role of all public health interventions, or of coordinated communications about the epidemic, but we fail to find an additional benefit of stay-at-home orders and business closures.”

Do you support lockdowns?

There were also potential issues with cross-cultural comparisons; Sweden and South Korea are significantly different societies from any of the eight nations with more-restrictive lockdowns. However, it’s worth noting there are other things to consider than just whether the lockdowns can change the trajectory of the infection rate.

“Because of the potential harmful health effects of [more-restrictive lockdowns] — including hunger, opioid-related overdoses, missed vaccinations, increase in non-COVID diseases from missed health services, domestic abuse, mental health and suicidality, as well as a host of economic consequences with health implications — it is increasingly recognized that their postulated benefits deserve careful study,” the authors noted.

While Fauci, the director of the National Institute of Allergy and Infectious Diseases, hasn’t necessarily supported a nationwide lockdown — he told the Sinclair Broadcast Group in November that the “consequences of a lockdown from an economic as well as a … morale standpoint are very, very important” — he’s been a general supporter of individual states’ restrictive measures and has criticized those who question them.

“I was talking with my U.K. colleagues who are saying the U.K. is similar to where we are now, because each of our countries have that independent spirit,” Fauci said in November, according to CNBC.

“I can understand that, but now is the time to do what you’re told.”

And what you’re told to do might include a national lockdown, given that one of the doctors on President Joe Biden’s coronavirus task force floated a four-to-six-week lockdown with the government paying for lost wages, according to Yahoo Finance.

Dr. Michael Osterholm said in November that the United States “could pay for a package right now to cover all of the lost wages for individual workers, for losses to small companies, to medium-sized companies or city, state, county governments. We could do all of that.

Or perhaps not, as several prominent lockdown critics in the GOP noted on Twitter.

So the ‘experts’ and wannabe dictators, aka governors, were wrong, wrong, wrong and now they demand more bailouts.

A new Stanford study on worldwide #COVID19 responses “[failed to find an additional benefit of stay-at-home orders and business closures.”

Detractors have pointed out that three of the four authors are lockdown critics, The Times noted.

“I continue to believe that blind, draconian lockdowns are not the best solution, and they become less and less viable as a reasonable solution when they are further prolonged for longer periods of time,” Ioannidis said during an interview with the Greek Reporter in December.

Not only were more-restrictive lockdowns ineffective during the first wave, Ioannidis said, but during the second wave “they also seem to have largely failed to add incremental value beyond more simple measures like distancing, masks, and banning large events.”

This isn’t the only science on the matter, and it may not surprise you to know other studies contradict it.

A study published last June, for instance, found that millions of lives were saved in Europe by lockdown measures and urged governments not to ease them, according to Reuters.

However, that study looked at any intervention versus no intervention. It also included Sweden in the mix.

The Stanford study found that, yes, putting restrictions in place “was associated with significant reductions in case growth in 9 out of 10 study countries, including South Korea and Sweden that implemented only” less-restrictive lockdown measures. However, how strict those measures needed to be wasn’t studied.

That’s pretty important, considering the country is now, yet again, mostly shuttered. If these scientists are right, it might all be for naught.