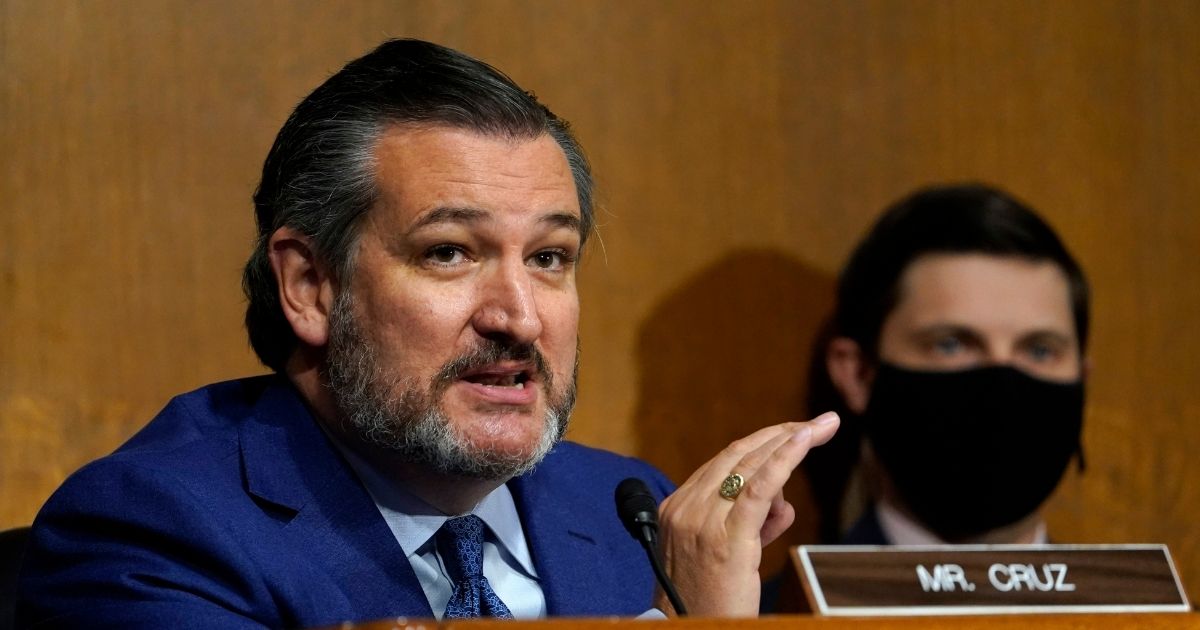 “Ben Rhodes, the former deputy national security advisor to President Obama, said that foreign leaders are already having conversations with Joe Biden ‘talking about the agenda they are going to pursue Jan. 20.’ Mr. McCabe, based on that testimony, do you believe Joe Biden is violating the Logan Act?” the Texas Republican asked.

“I’m not aware of Ben Rhodes’ statements–” McCabe responded before being cut off.

“Take it on faith he said what I read. Assuming that quote is accurate — it’s a verbatim quote — is that a violation of the Logan Act under any plausible theory?” Cruz continued.

Eventually Cruz told McCabe that “the reason you won’t say [Biden’s conversations did not violate the Logan Act] is because that was your flimsy political basis to go after a decorated war hero because you disagreed politically with President Trump.

CRUZ: Ben Rhodes said foreign leaders are already having conversations with Joe Biden. Is that a violation of the Logan Act?

MCCABE: I am not prepared to take your statement on [good] faith.

CRUZ: You’re not going to because that was your basis to go after a decorated war hero. pic.twitter.com/amFJvmt40z

Flynn was indicted in 2019 as part of Special Counsel Robert Mueller’s investigation into alleged collusion between the Trump campaign and Russia.

He pleaded guilty to speaking with a top Russian diplomat during the Trump transition period, which is technically a violation of the Logan Act.

The act makes it a federal crime for unauthorized citizens to make negotiations with foreign governments about United States government matters.

The law itself is almost never used, but has been law since 1799.

“The Logan Act might be unconstitutional under the First Amendment as a restriction on speech. No case has considered this argument, but some commentators have referred to the Act’s potential unconstitutionality,” The Federalist Society has written of the act.

On Wednesday, Axios reported that presumptive president-elect Joe Biden had been in contact with the United Arab Emirates regarding the nation’s peace agreement with Israel.

“The UAE has been preparing for a potential Biden victory for several months, and it made sure to get a blessing from Biden and other senior Democrats for its normalization deal with Israel,” Axios reported.

They prosecuted General Flynn for doing this. https://t.co/354Nwppix4

Cruz was accusing McCabe of prosecuting Flynn for political purposes, as aides and leaders speaking with foreign officials during a transition process appears to be standard.