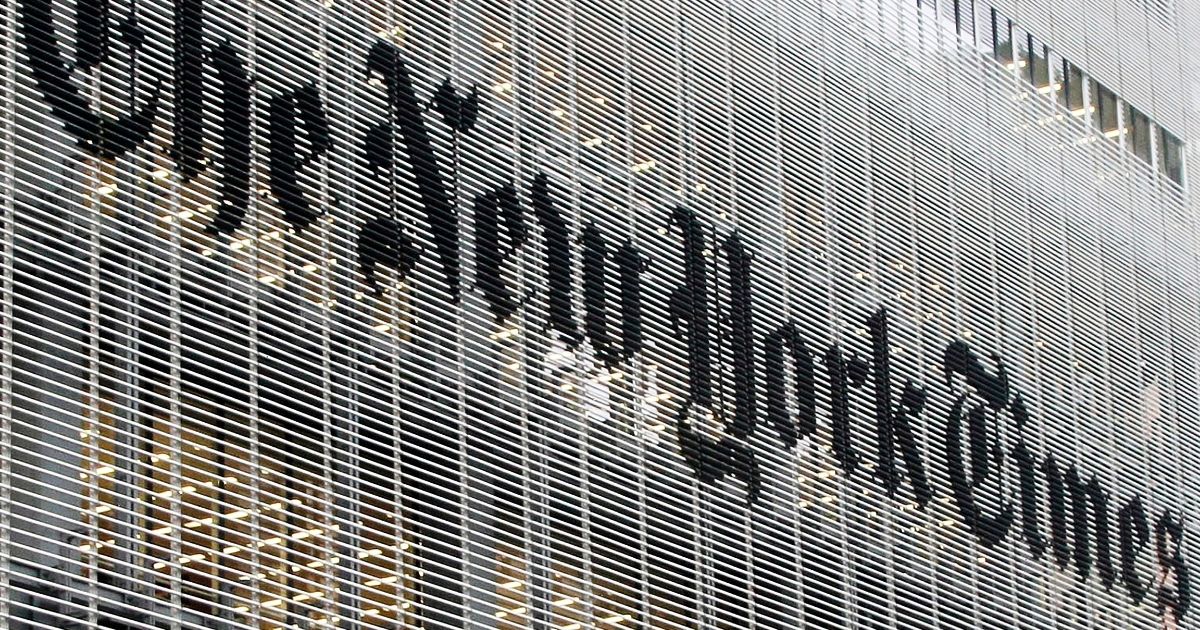 Only months after having to pull back on one of the central claims of its ballyhooed “1619 Project,” The New York Times has admitted a 2018 podcast that told the tale of a supposed Islamic State group insider was based on the story of a Canadian man whose lies fooled the paper.

Terrorism reporter Rukmini Callimachi, who hosted the award-winning podcast, will be shifted to other work as a result of the scandal, according to NPR.

The podcast, titled “Caliphate,” supposedly told the story of a young Canadian who went to Syria and became an executioner for the Islamic State before leaving terrorism behind.

The series won multiple awards, including a Peabody Award for broadcast journalism. The Times is returning that award, Axios reported Friday.

The podcast was described by one of its critics, Eric Wemple of The Washington Post, as a “sprawling and incoherent mess from the moment of its release in spring 2018.”

“We fell in love with the fact that we had gotten a member of ISIS who would describe his life in the caliphate and would describe his crimes,” New York Times executive editor Dean Baquet told NPR. “I think we were so in love with it that when we saw evidence that maybe he was a fabulist, when we saw evidence that he was making some of it up, we didn’t listen hard enough.”

Oh, they do this to me every day. When will they apologize? https://t.co/oqcroLYx5B

But Shehroze Chaudhry, the Canadian who told the tale, was allegedly making it up the whole time. In fact, Canadian authorities have charged him with perpetrating a terrorism hoax.

Do you trust The New York Times?

Wemple, writing in The Post, summarized some key and obvious flaws: A photo Chaudhry claimed to have taken was posted online before he said he had ever reached the Middle East; Canadian officials do not believe he ever went to Syria, much less joined the Islamic State group; and a picture he said he took of his dwelling was taken by a Russian photojournalist.

The Times story had effectively ignored Chaudhry’s own prior claims of never having killed anyone when it portrayed him as a grisly executioner who stabbed a man through the heart — that is, until Chaudhry was arrested.

When the account was first published, Callimachi defended her reporting.

“We were able to get to him both before any other media had gotten to him, but crucially, before law enforcement had gotten to him,” she told the Canadian Broadcasting Corporation in 2018. “He would speak to us in this window of time when he essentially thought that he had slipped through the cracks.”

But more than two years later, The Times’s own investigators “came back and said, ‘If you look at the guy’s story, there is not enough powerful evidence that he was who he claimed to be for us to justify that story,’” Baquet told NPR.

RELATED: Media Outlet Under Fire After Claiming Everyone Has Become a ‘Potential Serial Killer’

The reporter guided the podcast, Baquet said, not senior editors.

“She’s a powerful reporter who we imbued with a great deal of power and authority,” he said. “She was regarded at that moment as, you know, as big a deal ISIS reporter as there was in the world. And there’s no question that that was one of the driving forces of the story.”

NPR cited what it called “colleagues who spoke on the condition they not be named” as saying some of Callimachi’s work had faced questions about its truthfulness. In one instance, The Times bought a video that included terrorist propaganda, NPR reported.

When questions were raised, the reporter fired back in September by questioning the ability of Canadian intelligence.

Despite its flaws, the podcast remains online, and Baquet hedged when asked whether what The Times did constituted a “retraction.”

“I guess for the parts that were about Chaudhry and his history and his background. Yeah, I think it is. Sure does,” he said.

The revelation of massive holes in “Caliphate” followed the admission of The Times in March that a central claim of its “1619” series about the coming of slaves to the American colonies — that the main reason for fighting the American Revolution was to preserve slavery — was false.

The Times announced this in what it called an “update.”