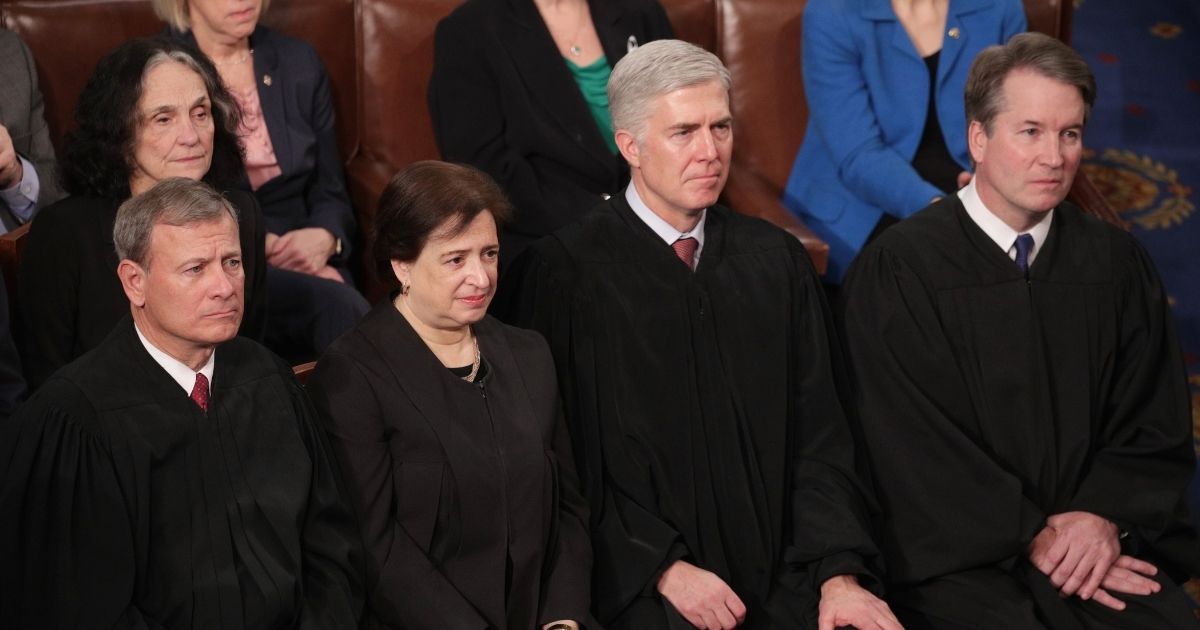 Some conservative justices will now have jurisdiction in certain major states where the election is being contested.

New: The Supreme Court has released new “circuit assignments.” Each justice initially handles emergency appeals that arise from the area covered by their assigned circuit(s). Barrett gets her old court: the 7th Circuit. Sotomayor takes over the 2nd Circuit (previously Ginsburg). pic.twitter.com/eF34IZQp67

Here’s a handy map showing the geographical areas covered by each of the circuits: pic.twitter.com/KQnGtZ06FR

Notably, Justice Clarence Thomas will preside over the Eleventh Circuit, which includes the state of Georgia.

Meanwhile, Justice Samuel Alito will preside over both the Third Circuit and the Fifth Circuit.

The Third Circuit includes the hotly contested state of Pennsylvania.

Justice Brett Kavanaugh will preside over both the Sixth Circuit and the Eighth Circuit.

The Sixth Circuit includes the state of Michigan.

The court’s newest addition, Justice Amy Coney Barrett, will preside over the Seventh Circuit, which includes the state of Wisconsin.

Barett was a Seventh Circuit judge for three years.

Each of the states mentioned is currently linked to the fight for the White House in President Donald Trump’s expected upcoming court battles.

Writing on SCOTUSBlog, Amy Howe noted, “A circuit justice is primarily responsible for emergency requests (for example, an application to block an execution or to allow it to go forward) from the geographic area covered by his or her circuit, as well as more mundane matters, such as requests to extend filing deadlines.”

“However, justices can and often do refer significant emergency requests to the full court,” Howe added.

What the updated circuit assignments might mean, if anything, for the fight for the White House remains to be seen.

That did not stop people online from speculating:

Not everything is a conspiracy.

Alito and Thomas were *already* assigned to the 3d and 11th Circuits; Barrett got the 7th because that’s where she was a judge; and Kavanaugh (who previously had the 7th) moved to the 6th to replace Sotomayor (who moved to the 2d to replace RBG). https://t.co/6OWpgUu52m

Allotment of Supreme Court justices to circuits occurs in emergencies. It’s clearly been done to ensure justice is done across all federal districts to ensure the integrity of our election system and the outcome which has clearly been corrupted for decades.

This is totally insignificant. Particularly when controversial applications are routinely referred to the full court https://t.co/MYR317ozgg

The updated assignments for each justice were effective Friday.

BLM Declares Criticism of Co-Founder’s Purchase of $1.4M Home Is ‘Terror’ from Racists

Did Nadler just come out against the “death tax” — and...