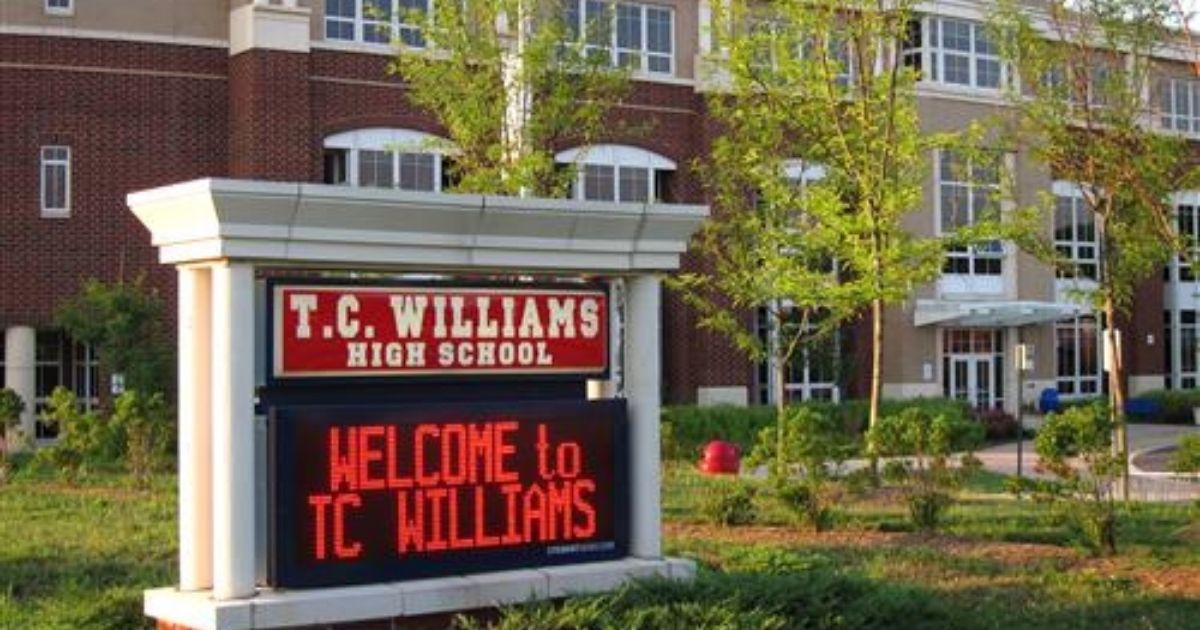 If you’re anything like me, you’ve seen the movie “Remember the Titans” more than a few times. The timeless story of a football team coming together despite their racial and economic differences never really gets old.

On the other hand, the name of the school featured in the movie, T.C. Williams High School, seems to have seen its time in the spotlight come to an end.

Most people wouldn’t have any issue with renaming the Virginia school. After all, Thomas Chambliss Williams, the school’s namesake, was responsible for some undeniably racist acts.

According to the Alexandria City Public Schools website, Williams was “a supporter of perpetuating segregation, and a man who did everything possible to slow down the process of integration in Alexandria.”

Any reasonable person today can agree that those actions are unacceptable. The issue, however, comes in the list of potential replacement names for the school.

The school district explains on its website that it has begun phase two of “The Identity Project” — a project that will eventually result in the renaming of T.C. Williams High School.

“To assist the community with suggested names for both schools, we invited all ACPS students to participate in an essay/poster campaign to submit names for community consideration,” the district says.

“Following this process, the community is invited to choose one of the student selections or to submit a new nomination.”

One glaring problem is that no one seems to have vetted these potential names, or if they did, they missed some obvious issues.

Has America gone too far in our efforts to “rename” things?

In a PDF document, ACPS lists each of the potential new names for the school, as well as anonymous explanations from those students who sent them in. Some of them are, well, let’s just say a bit far fetched.

“I believe that Kamala Harris High School would be a perfect name for T.C. Williams because it aligns with the progressive direction of our new nation, and perfectly resembles our desired goal for diversity,” one student wrote.

What this student didn’t mention was Vice President-elect Harris’ time as district attorney of San Francisco, during which she has been accused of pursuing policies that disproportionately targeted minority communities.

“Under her truancy law, parents could be penalized at the discretion of the school administrator; of course, prosecutors could bring charges against parents, and parents could see a year in jail, plus a $2,500 fine,” journalist Carla Bell wrote in a Miami Herald Op-Ed in August. “The results? Life-altering criminal records and financial burdens often falling on single-parent heads of mostly Black and brown households.”

Yet of course, since Harris is a woman of color and the vice president-elect, we are supposed to forget about that.

Another student’s suggestion is that the high school should be named after George Floyd “to acknowledge and remember him and how his death affected society.”

If I remember correctly, one of the main societal effects of Floyd’s death was mass rioting and looting in many of America’s major cities. Is that what we want to acknowledge with the name of this famous high school?

You see, the problem with the many renaming efforts around the country is that stripping the names of historical figures who were racists is not enough, at least for many progressives. They argue that we must also replace those names with modern-day figures who are considered social justice warriors in their own right.

Furthermore, we must give the renaming power to “the next generation,” as ACPS puts it. This means that students who may or may not be old enough to vote now have the responsibility of lecturing the rest of us on politics.

Luckily, some students gave suggestions that were not completely insane.

Herman Boone, the real-life coach of the team that inspired “Remember the Titans,” was one such suggestion. Booker T. Washington, a freed slave who fought for education for all, was another possibility.

We can only hope that the school and/or the surrounding community ends up choosing one of the more sensible options.