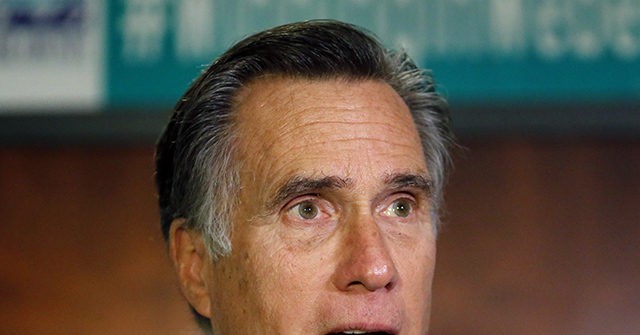 Anchor Jake Tapper said, “President Trump held a meeting on Friday in which he reportedly discussed with his disgraced former National Security adviser Michael Flynn this deranged idea to appoint martial law and force new elections in states that Biden won. They also discuss appointing conspiracy theorist Sidney Powell as a special counsel to investigate her baseless claims of election fraud and also issuing an executive order to seize voting machines. This is, needless to say, quite alarming and scary to a lot of people. What is your response? What will Senate Republicans to do to make sure this doesn’t happen?”

Romney said, “Well, it’s going to happen. That is going nowhere. I understand the president is casting about trying to find some way to have a different result than the one that was delivered by the American people. It’s really sad in a lot of respects and embarrassing because the president could, right now, be writing the last chapter of this administration with a victory lap with regards to the vaccine. After all, he pushed aggressively to get the vaccine developed and distributed. That is happening on a quick time frame. He could be championing this extraordinary success, but instead leaving Washington with conspiracy theories and things so nutty and loopy that people are shaking their head wondering in the world has gotten into this man? I think that is unfortunate because he has more accomplishments than this last chapter suggests he is going to be known for.”

Results of another vaccine trial will be available in a matter...