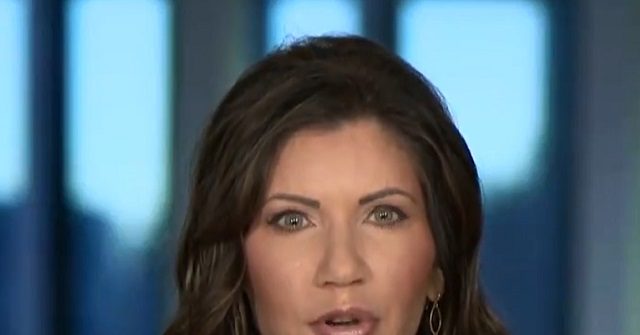 The office of South Dakota Gov. Kristi Noem (R) said Friday that it would not enforce a federal lockdown or mask mandate under a President Joe Biden after one of the former vice president’s advisers floated the measure.

Ian Fury, communications specialist for Noem, said in a statement to the Sioux Falls Argus Leader:

It’s a good day for freedom. Joe Biden realizes that the president doesn’t have the authority to institute a mask mandate,For that matter, neither does Governor Noem, which is why she has provided her citizens with the full scope of the science and trusted them to make the best decisions for themselves and their loved-ones.

On Tuesday, Dr. Michael Osterholm, who sits on Biden’s coronavirus task force, suggested the idea of a nationwide lockdown to stop the spread of the coronavirus.

In the first week of August, Neel Kashkari, the president of the Minneapolis Federal Reserve Bank, and I wrote an op-ed piece in The New York Times that basically said we need to, in a sense, lock down to drive this infection level to a place where we can actually control it with testing and tracing and follow-up that way, just like the Asian countries have done. And I’m talking about everything from Australia to New Zealand, all the way right up through China, Japan. All of those countries have done it already.

Really, to deal with the pain and suffering economically is what we basically proposed was because the savings rate in this country has gone out of the roof, since the pandemic. We have gone from 8% to over 22%. We can borrow the money from ourselves at historically low interest rates. We can pay people to lose their job. We can pay small business. We can take care of city, state and county governments if we’re elected to do that. If Washington could get together and make that happen. That would be a very different kind of lockdown where people wouldn’t suffer, and we can get this virus under control.

Noem isn’t the only Republican governor to express opposition to a potential national shutdown. On Tuesday, Mississippi Gov. Tate Reeves (R) said his state would not comply with a mandatory lockdown, either.

“We’re not going to participate in a nation-wide lockdown,” Reeves said during a coronavirus update in reference to Osterholm’s suggestion.

Reeves swatted down the idea of a lockdown as “totally and completely beyond reasonableness” and warned it would cause economic carnage across the state.

“That’s not the way the economy works,” said the governor.

“We will certainly fight that if necessary,” he then vowed.