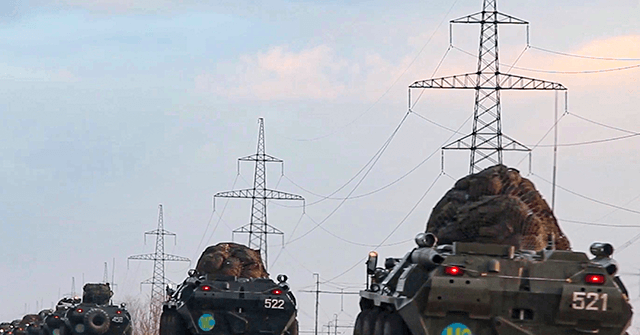 The leaders of Armenia and Azerbaijan signed a peace deal on Monday to end their recent fighting over the disputed region of Nagorno-Karabakh. Regional power Russia brokered the agreement, which is expected to take effect starting November 10.

Armenian Prime Minister Nikol Pashinyan announced the peace deal on Monday in a statement posted to his official Facebook account.

“I have signed a statement with the Presidents of Russia and Azerbaijan on ending the Karabakh war at 01:00 [local time],” Pashinyan wrote.

“I made that decision as a result of an in-depth analysis of the military situation and the assessment of the people who know the situation best,” he added.

“We believe that the achieved agreements will create necessary conditions for a long-term and full-fledged settlement of the crisis around Nagorno-Karabakh on a fair basis and in the interests of the Armenian and Azerbaijani people,” Putin said.

“Our country has put an end to the Nagorno-Karabakh dispute and I believe the agreement will mark the beginning of a new era,” Azerbaijan President Ilham Aliyev said in a televised address to his nation on Monday.

According to the agreement, Azerbaijan will retain the territory it captured during the conflict in Nagorno-Karabakh and the surrounding area. Armenian forces must surrender some areas they held outside of Nagorno-Karabakh’s borders, including the eastern Agdam district and western Kalbacar area.

“Armenians will also forfeit the Lachin region, where a crucial road connects Nagorno-Karabakh to Armenia. The agreement calls for a 5-kilometer wide area in the so-called Lachin Corridor to remain open and be protected by around 2,000 Russian peacekeepers,” Radio Free Europe/Radio Liberty (RFE/RL) reported.

Under the deal, Russian border services will monitor a newly built transport corridor that passes through Armenia and connects Azerbaijan to its western exclave of Naxcivan, which is surrounded by Armenia, Turkey, and Iran.

Russia’s Defense Ministry revealed on Tuesday that it has already deployed more than 200 Russian peacekeepers to the Nagorno-Karabakh area.

“As of now, 12 Il-76 military transport planes carrying officers from the command of Russian peacekeeping force and military from units of the 15th peacekeeping brigade, have already landed in the Republic of Armenia,” the defense ministry said in a statement, according to TASS.

“They airlifted over 200 personnel, armored personnel carriers, armored vehicles and means of communication,” the ministry added.

Azerbaijan President Aliyev said that Turkey, his nation’s staunch ally, would also contribute to peacekeeping efforts in Nagorno-Karabakh, though Ankara’s involvement in the peace deal was not mentioned in the official agreement.

Turkish President Recep Tayyip Erdoğan’s office said he spoke to Putin about the peace deal in a phone call on Tuesday.

“Erdoğan said during the call that Turkey would supervise the ceasefire together with Russia at a ‘joint center to be designated by Azerbaijan in its lands saved from Armenia’s occupation,’ adding that Moscow would have an ‘important responsibility’ in this regard,” the Turkish presidential office relayed.

Armenia and Azerbaijan’s latest conflict over the breakaway territory of Nagorno-Karabakh began on September 27. Nagorno-Karabakh legally belongs to Azerbaijan but is ruled by ethnic Armenian separatists, who seized the region after the collapse of the Soviet Union in 1991. A three-year war between the two sides followed the seizure, causing nearly 30,000 casualties. The war ended with an uneasy ceasefire in 1994, but sporadic skirmishes over the territory have broken out periodically since then. The most recent clashes over Nagorno-Karabakh were the most intense fighting the region has seen since the post-Soviet war.

Prior to Monday’s peace deal, Russia had tried to negotiate two separate ceasefires between Baku and Yerevan to end the conflict in October, along with the United States. All three attempts were unsuccessful.