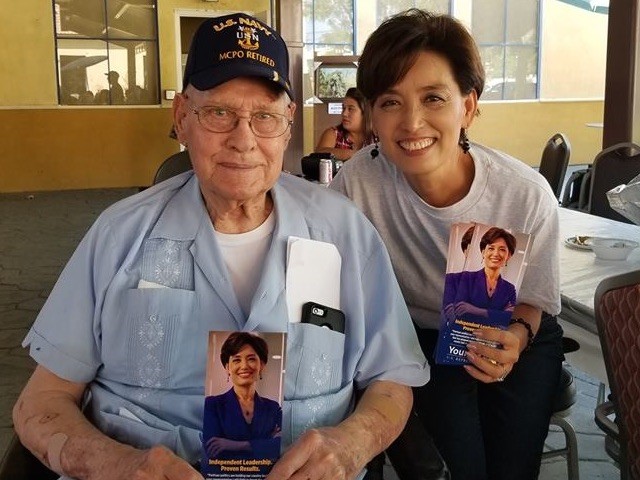 “Whoever you voted for in this election, I hope you know that regardless of any differences we may have, I will always work on your behalf and fight for you,” Kim said in a Facebook video declaring victory Friday night.

“Now that the election is over, I hope we can unite and move forward to address the issues that our nation faces.”

Cisneros issued a statement saying “the voters have spoken” after latest results showed Kim with 50.6% of the vote. While there were still several thousand mail-in and provisional ballots left to tally across the three counties that touch CA-39, both candidates said the math made it clear that Kim had won the race.

The race was a rematch of the 2018 contest between Kim, a former state legislator, and Cisneros, a Navy veteran and philanthropist. In 2018, Kim led on Election Night but lost as mail-in ballots were counted over several days.

The same happened this year — but in reverse, as Republicans adopted some of Democrats’ “ballot harvesting” tactics.

Kim’s victory marks the second Orange County congressional seat that Republicans have flipped back to the GOP in a traditionally conservative area of the liberal state.

In addition, Kim, together with victorious Michelle Steel from the 48th district, will take their seats in Congress as the first two Korean-American women ever elected to the position of U.S. Representatives. Both are Republicans.