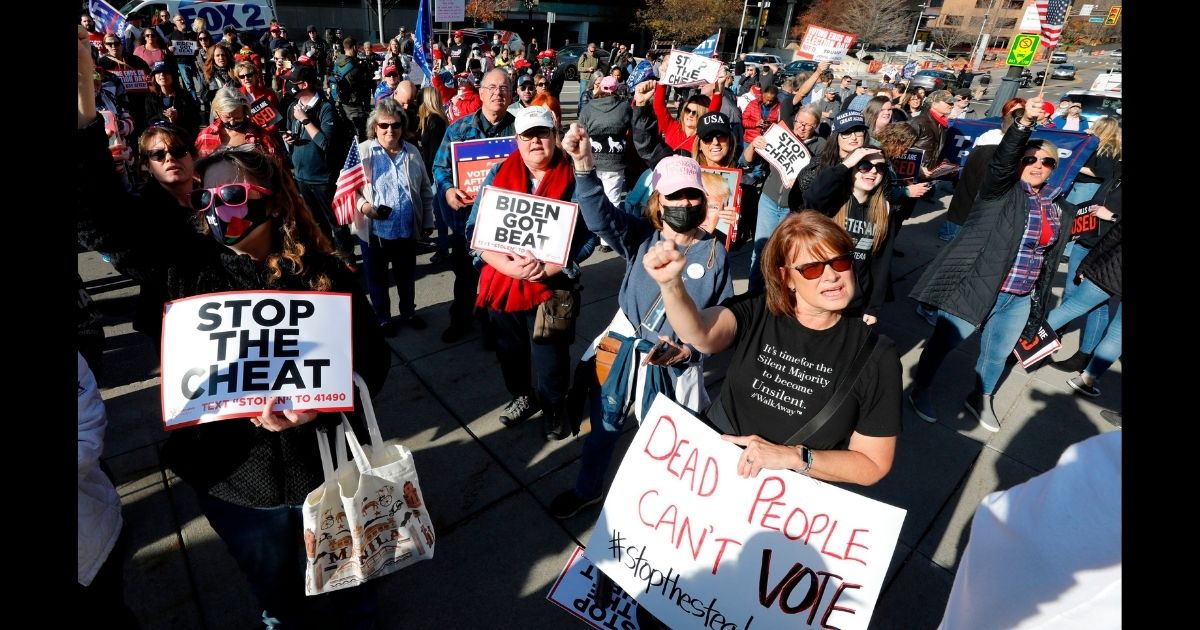 Republican faith in the electoral system took a drastic nosedive in the days after last week’s presidential election, according to a newly released analysis.

A Politico/Morning Consult poll taken between Friday and Monday found marked disparities among voters, with 7 of 10 Republicans describing the 2020 election as “not free and fair” while 9 of 10 Democrats said it was.

Of GOP voters surveyed, 63 percent said they doubted the U.S. election system, while just 34 percent still believed in it. That number was half of the 68 percent of Republicans who said they trusted the election system two weeks earlier on Oct. 25.

On the other hand, confidence and trust rose among Democrats, “either ‘a lot’ or ‘some,” with 78 percent of Democrat voters assured of the system and 19 percent not.

Politico explained that trust among GOP voters took a hit as news outlets proclaimed Democrat Joe Biden the president-elect over the weekend.

“Republicans were particularly wary of the results coming out of swing states, especially in Pennsylvania, which counted votes for four days before delivering Biden a decisive win on Saturday,” it said.

“Like President Donald Trump, a majority of the people that thought the election was unfair, 84 percent, said it benefited Biden,” Politico reported.

Democrats stole this election; they never do anything on the up & up….everything is lies and corruption

“Meanwhile, trust in the election system grew for Democrats, many who took to the streets to celebrate Biden’s victory on Saturday,” it said.

One of the takeaways from the poll was that of Republican voters who cast their ballots for Trump, only 23 percent trusted Pennsylvania’s election outcome, with 3 of 10 Republicans also lukewarm “about the results in Arizona, Georgia, Michigan, Nevada and Wisconsin.”

The survey found Republican voter mistrust elevated “even for states like Texas and Florida” that the president won.

A chief concern was the heavy use of mail-in ballots, which a majority of GOP voters said was to blame “widespread voter fraud,” according to the poll.

Do you believe the 2020 election was free and fair?

The poll found that “63 percent of registered voters, including 75 percent of Democrats and 45 percent of Republicans, say it is unlikely that the election results will be overturned.”

The survey said that a “partisan credibility gap” has existed since 2008, with voter trust higher among voters of the prevailing party.

For example, in 2016, of 53 percent registered voters, only 39 percent of Democrats trusted the system after Hillary Clinton lost, while 73 percent of Republicans called the election fair. In 2020, that has flipped.

In 2008 and 2012 — elections won by Democrat Barack Obama — there was a narrower partisan gap disputing fairness. In 2008, when Obama challenged John McCain, 87 percent of Democrats found the outcome fair compared with 55 percent of Republicans. In 2012 versus Mitt Romney, among the 72 percent, 88 percent Democrat and 54 percent Republican put their trust in the election process.