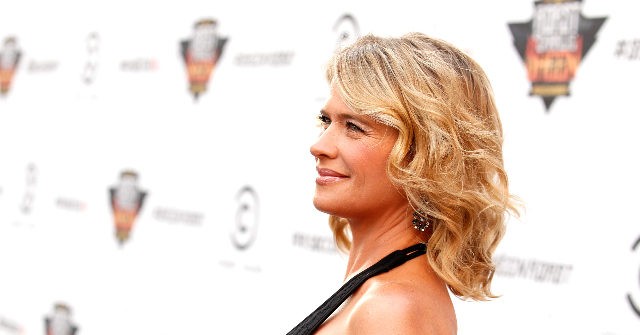 In a recent tweet, Kristy Swanson took a jab at the efforts to erase Trump, suggesting that she would like her scenes in the John Hughes movies Pretty in Pink and Ferris Bueller’s Day Off similarly deleted.

Trump made a fleeting appearance as himself in the hit sequel in a scene in which Kevin McCallister (Macaulay Culkin ) wanders into the Plaza Hotel on Central Park South. In the scene, Trump points Kevin in the direction of the hotel lobby.

Leftists have mounted a campaign to have Trump’s scene removed from the movie. In Canada, the CBC has already deleted Trump’s scene from its TV version of the movie, thought the national broadcaster has stated that the edit was made in 2014.

Swanson’s tweet inspired a handful of Hollywood leftists to gang up on the actress, including Rosanna Arquette, Jane Lynch, and Ken Olin.

Retweet if you’re okay with @KristySwansonXO being removed from every movie she was ever in. https://t.co/L5z5aUDvcS

Kristy Swanson was one of many prominent conservatives who confirmed that she lost numerous Twitter followers when the social media giant began purging conservative accounts following its banishment of President Trump.

The actress said at one point that she had lost about 40,000 followers.

Lost another 20,000 followers over night.