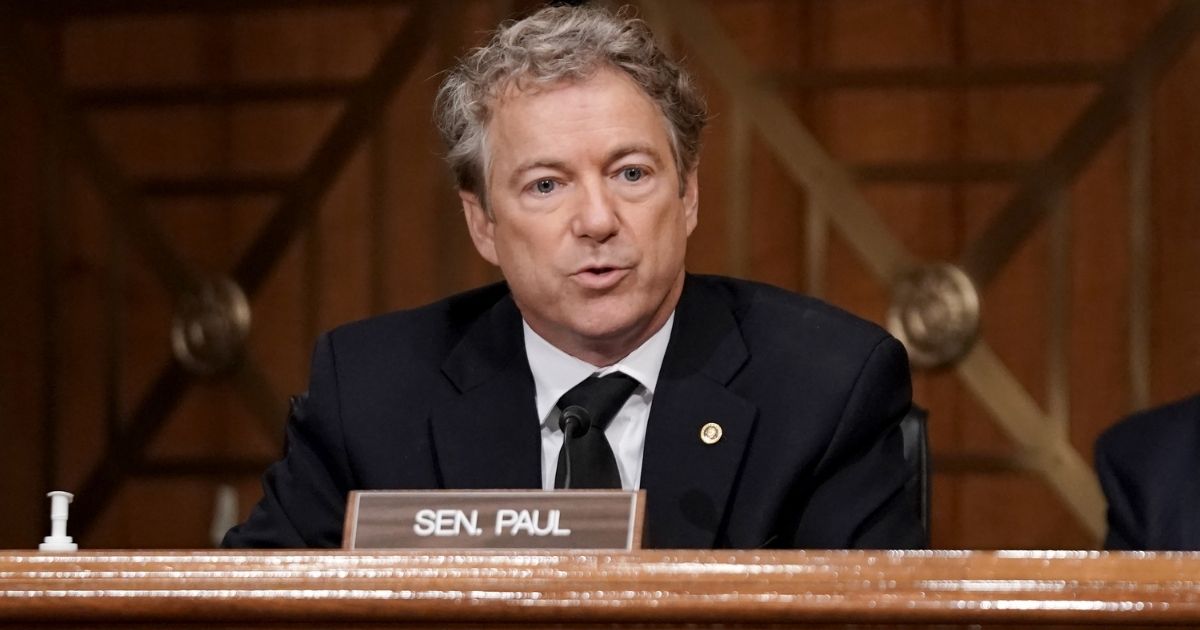 Senate Republicans who vote to convict President Donald Trump of an impeachment charge even after he leaves office just to twist the knife will be cutting the party’s throat, according to Republican Sen. Rand Paul of Kentucky.

The House voted to impeach Trump last week, claiming that he incited insurrection against Congress with his words and actions on the day of the Capitol incursion.

Senate Majority Leader Mitch McConnell has said the Senate trial on that charge will not take place until Trump, whose presidency ends Wednesday, leaves office.

McConnell has been quoted as privately saying he would like to see the Senate punish Trump. If the Senate convicts Trump on the House article of impeachment, it could move to bar him from holding elected office.

Speaking on Friday’s “Ingraham Angle” on Fox News, Paul said Republicans need to step back from the brink.

He added that he does not offer this opinion as a dyed-in-the-wool Trump loyalist.

“I have opposed President Trump when I thought he was wrong, I’ve been for him when he was right, we did a lot of good things throughout the Trump presidency,” Paul said.

Do you agree with Rand Paul?

“Impeachment is purely a partisan thing, it’s for these moral, ‘Oh I’m so much better than you and you’re a bad person because I’m so moral.’ These are the kind of people that are going to do this.”

“Look, I didn’t agree with the [Capitol] fight that happened last week, and I voted against overturning the election, but at the same time, the impeachment is a wrongheaded, partisan notion, but if Republicans go along with it, it’ll destroy the party.

“A third of the Republicans will leave the party,” he predicted.

“This isn’t a right or wrong debate. This isn’t about, anymore, about the Electoral College, this is about the future of the party, and whether you’re going to ostracize and excommunicate President Trump from the party. Well, guess what? Millions of his fans will leave as well,” he said.

During his Friday interview, Paul scoffed at the deployment of troops that are turning Washington into a “militarized zone.”

“They’re checking congressmen as they come in to see if they have a sharp pencil or a sharp pen. so it’s gotten ridiculous,” he said.

“We have to resist this,” he said. “We have to have security, obviously, but living in a war-time state … there’s a danger of over-reacting.”