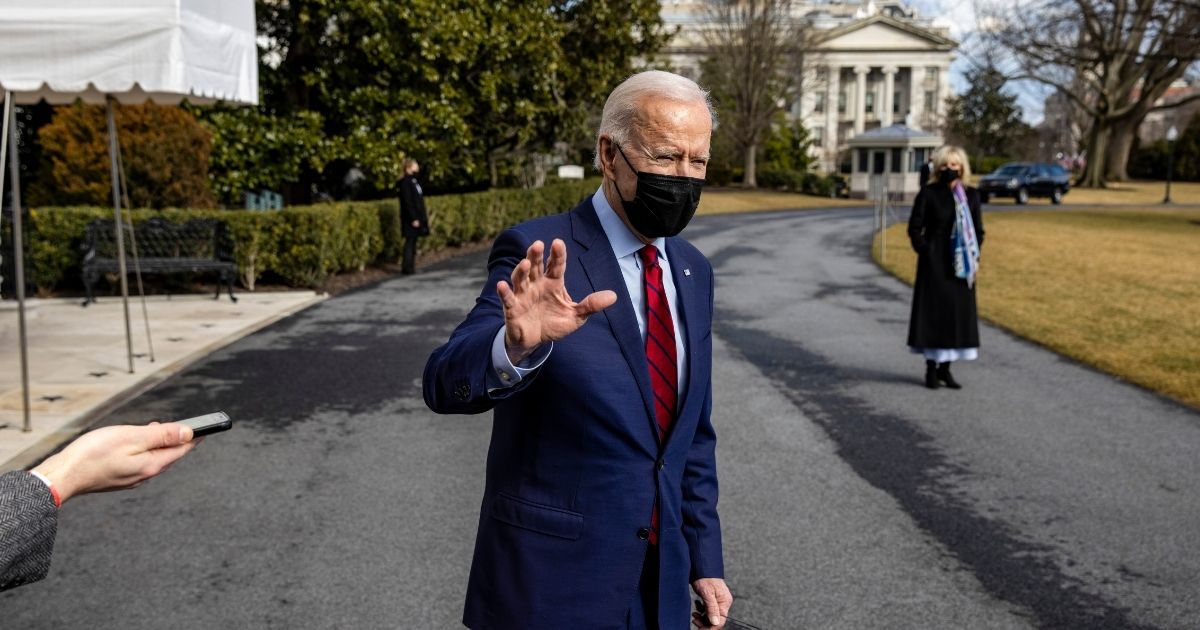 The words “devout Catholic” should not be used to describe President Joe Biden, according to a Catholic priest who says Biden’s actions have been solidly contrary to what the church teaches.

“Throughout our lives we walk the line, magnifying God’s holiness or reflecting sinful pride and rebellion. It is holy and good continually to seek the crown of sanctity. But a single seriously evil act—committed with sufficient freedom and informed consent—threatens our eternity. So it is presumptuous and dangerous to proclaim oneself as a devout Catholic or to encourage (or even allow) the description,” the Rev. Jerry Pokorsky wrote on the website CatholicCulture.org.

“President Biden’s supporters repeatedly claim that he is a devout Catholic. In 2005, Biden himself protested those who questioned his Catholicism: ‘The next Republican that tells me I’m not religious I’m going to shove my rosary beads down their throat,’” he wrote.

“But the words of Jesus are foreboding: ‘Not every one who says to me, “Lord, Lord,” shall enter the kingdom of heaven, but he who does the will of my Father who is in heaven.’ [Mt. 7:21] Biden’s habitual and unapologetic sinful acts are on full display,” he wrote.

“In less than a month after his inauguration, he issued a statement celebrating the 48th anniversary of Roe v. Wade. He said he is ‘committed to codifying’ the decision that legalized abortion. He promised he will be ‘appointing judges that respect foundational precedents like Roe.’ He rescinded the pro-life Mexico City Policy, which ensured that foreign aid would not go to organizations that perform or refer for abortions,” Pokorsky noted.

Pokorsky also noted Biden’s support for “the Equality Act, which would add sexual orientation and gender identity as protected classes under the Civil Rights Act of 1964.”

Further, he wrote, fellow Catholic Xavier Becerra, the California attorney general whom Biden has picked to lead the Department of Health and Human Services, “supports legislation that permits partial-birth abortion, forces every healthcare plan to pay for abortions, forces pro-life pregnancy centers to advertise abortions, forces the Little Sisters of the Poor to pay for contraception and abortion drugs, and allows assisted suicide.”

In his politics, Biden has “magnified and institutionalized countless major violations of the Ten Commandments. The hypocrisy rivals that of the chief priests and Pharisees and is worthy of the same condemnation,” Pokorsky wrote.

Should the Catholic Church rebuke the president on moral issues?

The bottom line, according to Pokorsky, is that “Biden is the most aggressively anti-Catholic President in history.”

Pokorsky said the institutional Catholic response to Biden is one of “disarray,” mingling, silence, flattery and now then a little opposition.

He said the silence is “an anti-sacrament of cowardice and the spiritual treason of collaborating with the enemy.”

“The election of Biden has forced a crisis. From the ashes, we can expect the Holy Spirit to raise up successors to those who opposed another anti-Catholic tyrant: Saint John Fisher and Saint Thomas More. May there be many of them. If only for the clarity this brings to the Church, we have Joe Biden to thank,” he wrote.

Joseph F. Naumann, the archbishop of Kansas City, Kansas, and chairman of the United States Conference of Catholic Bishops’ Committee on Pro-Life Activities, has previously slammed Biden for proclaiming to be one thing while being another.

RELATED: 116-Year-Old Nun Fit as a Fiddle After Kicking COVID: ‘I Didn’t Even Realize I Had It’

In a recent interview with The Catholic World Report, Naumann slammed Biden for his views on abortion, which go against the teachings of the church.

“The president should stop defining himself as a devout Catholic, and acknowledge that his view on abortion is contrary to Catholic moral teaching. It would be a more honest approach from him to say he disagreed with his church on this important issue and that he was acting contrary to church teaching,” Naumann said.

“When he says he is a devout Catholic, we bishops have the responsibility to correct him. Although people have given this president power and authority, he cannot define what it is to be a Catholic and what Catholic moral teaching is,” he said.