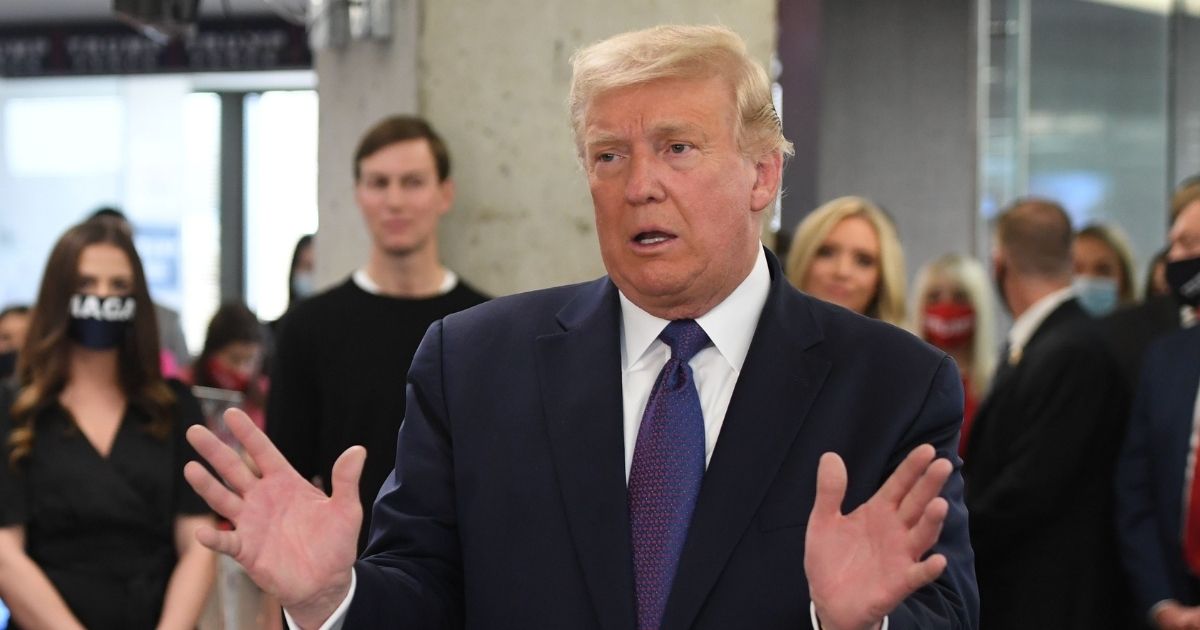 More than a week after Election Day, Americans are still left with no clear picture of who will sit in the Oval Office come Jan. 20, 2021.

How the world’s most advanced republic arrived here is a total mystery — establishment media and Democratic politicians alike hyped up mail-in ballots which were supposed to make this election even smoother than previous ones, but only ended up making matters more muddied.

The Trump campaign has already fired off the first salvos of what will likely become a much larger legal battle.

Challenges against the vote count have been lodged in the courts of Michigan and other states, with the number of cases seemingly poised only to grow.

Most recently, Trump even asked about the state of the American election system while showing a suspicious collection of ballots in California.

“You are looking at BALLOTS,” Trump tweeted Wednesday while sharing the controversial video. “Is this what our Country has come to?”

You are looking at BALLOTS! Is this what our Country has come to? pic.twitter.com/cI2ZTItqUi

In the video, a woman was heard questioning two workers who were busy stuffing plain black bags with mail-in ballots despite the fact that the state was already called for Biden.

“I just want to see because they called our state so quickly,” the woman in the video explained.

The workers effectively keep the camera back by claiming a COVID-era social distancing rule of six feet and pointing out that the woman did not have a face mask on.

The Los Angeles County Registrar-Recorder/County Clerk commented on the original video, posted Nov. 4 by actress Maria Conchita Alonso, claiming that all of the votes shown in the video were legitimate.

“All Drop Boxes were closed and locked at 8PM on Election Night and ballots were collected the following day,” the office posted. “These are valid ballots that will be processed and counted during the post-election canvass — like all outstanding vote by mail ballots.”

Did widespread voter fraud play a part in the 2020 elections?

The registrar also told NBCLA the video was taken the day after the election.

All Drop Boxes were closed and locked at 8PM on Election Night and ballots were collected the following day. These are valid ballots that will be processed and counted during the post-election canvass — like all outstanding vote by mail ballots.

Regardless of what this county office says, it’s clear that a slew of court cases means that any election fraud that went on this year will likely be discovered and brought to light.

With counties already flipping to Trump, there’s no telling how “off” the numbers given to America on election night truly were.

If the Trump campaign’s claim of widespread voter fraud is true, the reversal of the 2020 election could be the biggest political bombshell of our lifetimes.