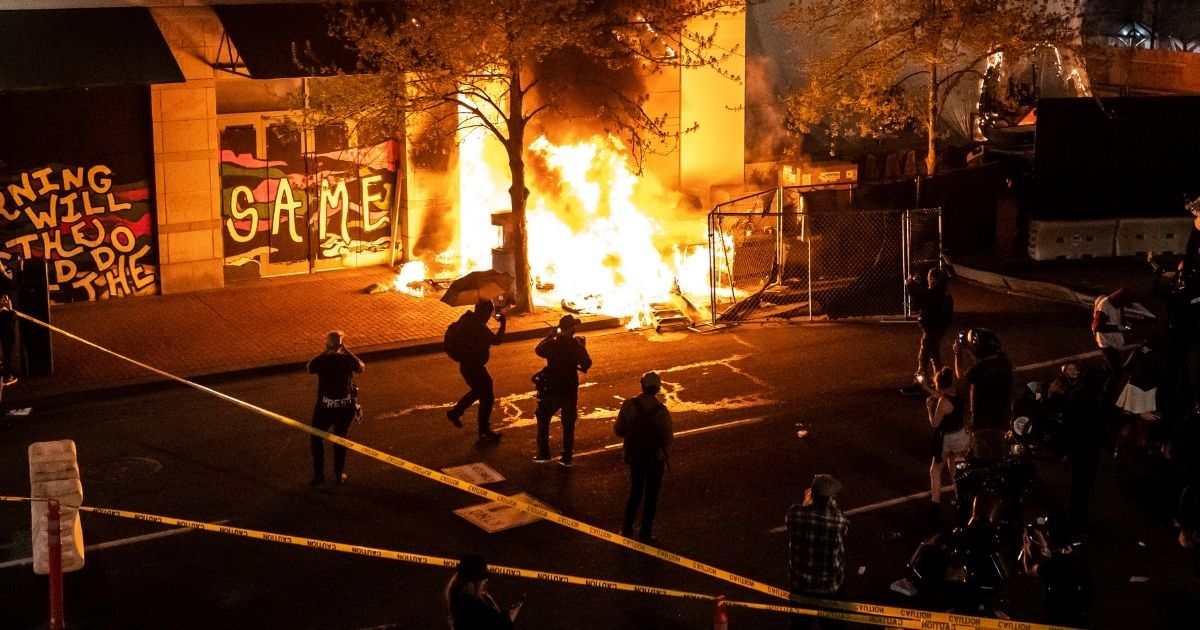 Amid what one law enforcement official has called a “seemingly indiscriminate cycle of violence,” the police union in Portland, Oregon, has a dire prediction for the city.

“We are on the precipice of a gang war,” Daryl Turner, Executive Director of the Portland Police Association, posted Thursday on the union’s Facebook page.

“Right now, our community has a sense of hopelessness. They have resigned themselves to the fact that things will get worse, not better. Residents are moving out of the City, businesses are being forced to relocate, and good, hard-working police officers are leaving the Bureau to work for other agencies,” he wrote.

“Our elected leaders can no longer turn a blind eye and blame it on the pandemic. The surge in gun violence is directly related to the defunding of police—the Portland Police Bureau (PPB) is catastrophically understaffed, our specialty units have been disbanded, and our response time to calls for service has understandably increased,” he wrote.

“In the past 24 hours, there have been 8 instances of gunfire on the streets of our City, and 3 people were shot. Tragically one person was killed, and two others are in the hospital with life-threatening injuries; each victim is a person of color.”

Because of the spike in shootings. police and FBI units were conducted high-visibility patrols over the weekend.

“Enough is enough. Portland is not supposed to be this way,” Keiran Ramsey, special agent in charge of the FBI in Oregon, said, according to KOPB-TV. “Our biggest hope with this overt effort is that we can stop the seemingly indiscriminate cycle of violence.”

Has the movement to defund the police contributed to an increase in crime?

“There are random, innocent victims who did nothing more than be in the wrong place at the wrong time,” Ramsey said.

Turner noted in his Facebook post that Portland has experienced over 350 shootings this year after more than 900 last year.

“Often these violent crimes are happening in broad daylight — indiscriminate violence with hundreds and hundreds of bullets in our neighborhoods,” he wrote.

“City Council prides itself on prioritizing social justice and racial equity. Yet, just this year, over 65% of the victims of gun violence are BIPOC. Where is justice and equity for the victims and their families?”

Turner said Portland’s politicians “only use data when it serves their political agendas.”

“The increase in gun violence is directly related to the loss of the Gun Violence Reduction Team (GVRT). To ignore this data and continue to shift blame is unacceptable. The GVRT proactively policed with a holistic approach, building partnerships and relationships to get illegal guns off the street. It’s obvious to everyone except for City Council that more guns and increased gang activity mean more violence,” he wrote.

Turner said that the council’s effort to cut the police budget will make the city less safe, saying that the solution is to properly fund police and social services.

“Forcing us to choose one over the other is short-sighted. Social services and alternatives resources are not a replacement for police officers and common-sense public safety infrastructure,” he wrote.