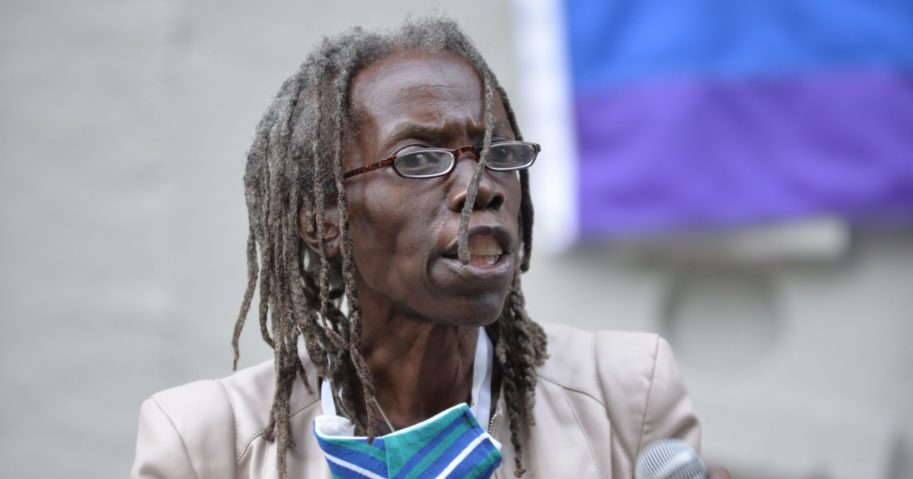 Months after she proposed defunding the police, Portland, Oregon, City Commissioner Jo Ann Hardesty called the police on a Lyft driver who canceled her ride.

The ride was canceled after Hardesty got upset that the driver had trouble finding her pickup location and refused to roll up the windows that were open for ventilation, The Oregonian reported.

The Nov. 1 incident ended with dueling 911 calls after the city commissioner refused to get out of the car when the driver tried to drop her off at a gas station so she could order another ride.

“I’ve got a Lyft driver that decided he would just drop me off at a filling station. And he wants me to get out and I’m not getting out of the car, in the dark, at a filling station, not happening — all because I asked him to put the window up. But I’m not leaving,” Hardesty told the dispatcher.

“He says I have to get out of his car, or he’s calling the police, so I decided to call for him.”

The dispatcher told Hardesty that the situation was a civil matter, not a crime, because the car was the driver’s property.

“I am not going to allow him to leave me on the side of the road. I paid for a ride. He canceled it, he says he canceled it. So, I’m going to sit here until he sends me another ride,” Hardesty continued.

The dispatcher explained that Hardesty was the only one who can order another ride. Hardesty still refused to move and asked the police to respond.

A police officer was dispatched to the scene after the call.

In his recount of the incident, driver Richmond Frost told The Oregonian, “it was just a ride that didn’t work out.”

He said that Hardesty was mad that he had trouble finding her pickup location and that he didn’t want to roll up the windows all the way.

The windows in the front of the car were cracked as a safeguard against the coronavirus, a practice that is part of Lyft’s recommendations for drivers during the pandemic.

“She was not a pleasant person. That has nothing to do with her political position as a Portland council person,” Frost said.

“I’m out here doing my job. She was very disrespectful to me, made me uncomfortable. I don’t feel like I have to sit in a car for anyone to have to argue unrelentingly and be rude and abusive, telling me what I have to do in my own vehicle.”

RELATED: Battleground State Announces It Will Conduct a Full Recount of Presidential Votes by Hand

Frost has been a Lyft driver for four years and has handled over 18,000 rides. He said he didn’t know who Hardesty was until after the incident.

Do you think this city commissioner overreacted?

In Hardesty’s complaint to Lyft, she said the driver was angry and blamed her for the pickup location mixup and that it was “totally inappropriate to expect a woman to get out of a vehicle in the dead of night.” According to the complaint, she ultimately called another driver, who arrived at the gas station at the same time as police.

Hardesty is one of the commissioners who proposed cutting the Portland Police Bureau’s budget by $18 million in June, according to KGW-TV.

She has tried to find alternatives to police responding to scenarios that don’t involve actual crimes, like the situation she found herself in.

“I don’t call 911 lightly, but I certainly am not gonna do anything that would put my personal safety at risk,” Hardesty told The Portland Tribune. “I ultimately had very limited options.”