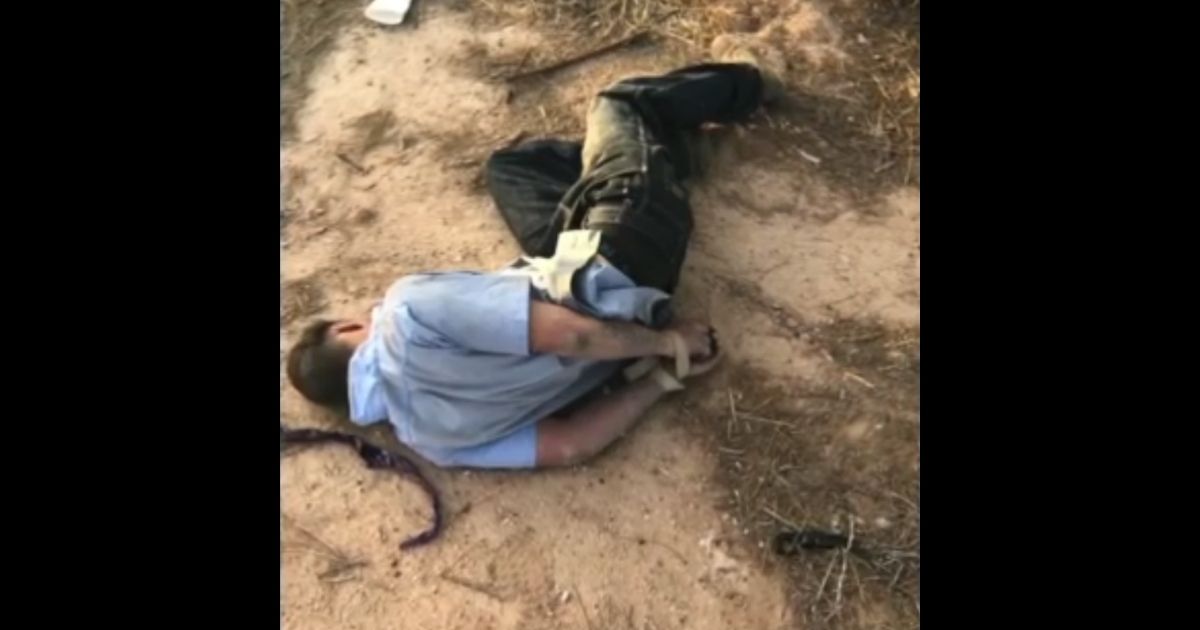 Apparently no one told this man there are legal ways to avoid unwanted responsibilities.

Police responded to a call on Feb. 10 and found 19-year-old Brandon Soules tied up near the Coolidge, Arizona, water tower with a bandana in his mouth, according to the Coolidge Examiner. Soules claimed two masked men knocked him unconscious and drove him around in their vehicle before abandoning him by the water tower.

“What at first seemed like an alarming kidnapping is now being treated as a hoax,” the outlet tweeted on Feb. 17.

What at first seemed like an alarming kidnapping is now being treated as a hoax. https://t.co/aWlryCI2lU

According to KNXV-TV, Soules told police the men kidnapped him due to money that his father had hidden somewhere in town. If this story sounds familiar, that’s probably because “No Country for Old Men” told it much better.

After conducting an investigation, officers said surveillance footage in front of Soules’ house did not corroborate his story of being kidnapped and assaulted.

Authorities confronted Soules with the lack of evidence, forcing the teenager to admit during a police interview that he had fabricated the whole story.

“He informed us that he, at first, stuffed a bandanna in his mouth, and afterwards, you know, he took off his own belt and bound his hands with his own belt,” Cmdr. Mark Tercero with the Coolidge Police Department told the outlet. “And scooted out, laid on the ground and scooted out to the side of the road where somebody could see him and waited.”

Soules also confessed he had kidnapped himself so he would have an excuse to ditch work.

Even Ferris Bueller would probably be shaking his head right now. While this teenager might have been looking forward to having his “big day off,” that vacation time is likely going to last a little longer than he expected.

As KNXV-TV revealed, Soules was previously employed at The Tire Factory. But after police said he tried to play hookey by staging a kidnapping, the car shop decided to give Soules some permanent time off.

According to the Coolidge Police Department, the loss of his job is not the only consequence that Soules faced, however. On Feb. 17, Soules was arrested for reporting false information to the police and is pleading guilty to the crime, according to KNXV.

No matter how much one may dread going to work some days, pretending to be kidnapped is not the answer.

Sometimes, it is better just to put one’s nose to the grindstone and deal with it.