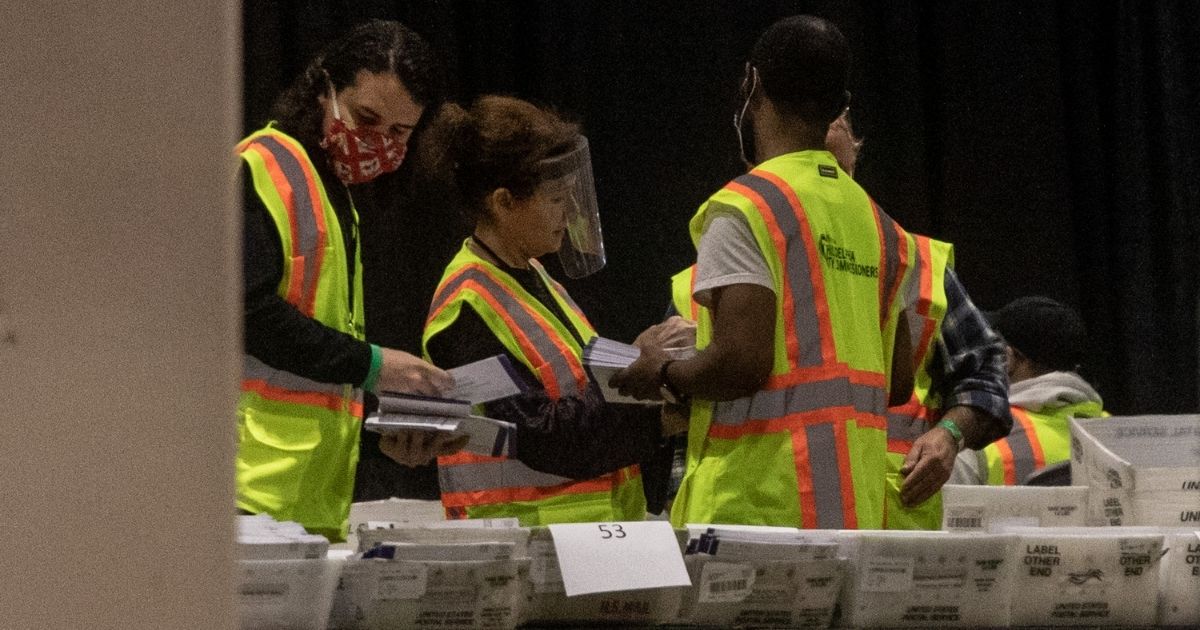 As accusations of election misconduct fly in Pennsylvania, House Speaker Bryan Cutler is demanding that a full audit of the state’s elections process be conducted before the state certifies the results.

Democrat Joe Biden narrowly edged President Donald Trump in Pennsylvania — 3,357,404 votes to 3,314,862 — but the Trump campaign is raising serious allegations about how the votes were counted.

Rudy Giuliani, Trump’s lawyer, on Sunday said that the number of challenged ballots is so high that it could flip the results.

“The uncertainty surrounding these interventions has cast an unnecessary cloud on the election process,” he wrote in a letter Friday to Democratic Gov. Tom Wolf. “That invites our people to question the results, regardless of which candidate or party may prevail.”

The speaker said an audit is needed because there have been too many problems with the election.

“We must take every possible step to ensure that all Pennsylvanians and all Americans know that our Commonwealth has conducted the General Election with integrity,” he said.

Cutler, a Republican, told Wolf that “I, along with many members of the House of Representatives and Senate, have raised serious concerns relating to the administration of the election, specifically because this was the first full year Pennsylvanians would be able to use no-excuse absentee mail-in ballots.”

Do you think the Pennsylvania votes should be subjected to an audit?

“Unfortunately, some of the concerns that were previously raised have manifested into issues which cannot be overlooked,” he wrote.

“First, the Pennsylvania Supreme Court unconstitutionally extended the deadline to receive late ballots and openly ignored the findings of fact and law that were issued by the Commonwealth Court,” the speaker wrote. “That issue is now being litigated at the United States Supreme Court.”

Cutler also denounced actions by Boockvar that led to a court ruling saying that signature verification alone could not be used to reject mail-in ballots.

“This, of course, is a significant departure from Pennsylvania law and practice, and it eliminated one of the most important security and anti-fraud features used with absentee and mail-in ballots It also treats voters who vote on Election Day in person different from those that used the absentee ballot or mail-in program,” he wrote.

Cutler noted that Election Day and its aftermath have shown that not all poll watchers were treated equally. The Trump campaign has complained that its observers were denied the ability to observe the ballot count.

The speaker also said that “an unprecedented 105,000 provisional ballots have been issued. Under our statutes, provisional ballots may only be issued if there is an issue with a voter (e.g. a voter’s name does not appear in the poll or supplemental poll book, a voter was issued but did not successfully vote an absentee or mail-in ballot). Clearly, the significant number provisional ballots are indicative of voter issues across the Commonwealth.”

Cutler said there was no reason for Pennsylvania to now be the center of attention for how it handled the election.

Cutler Letter by The Western Journal

“Governor, all these issues could have been avoided had your Secretary of State and the Pennsylvania Supreme Court simply followed the law as written,” he wrote.

“The uncertainty surrounding these interventions has cast an unnecessary cloud on a process — the election — that invites our people to question the results, regardless of which candidate or party may prevail,” the speaker said.