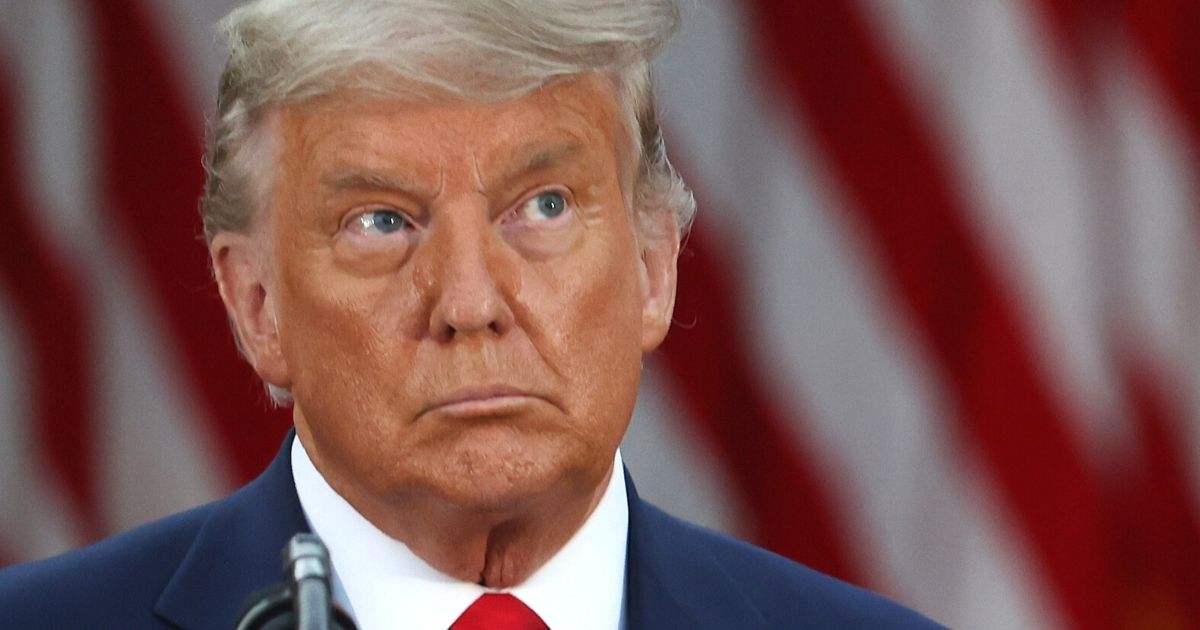 It’s been more than two weeks since Election Day and Americans still don’t have a clear and verified idea of who will sit in the Oval Office come Jan. 20.

While Democrat Joe Biden appears to have victory in his hands, President Donald Trump still has a narrow but possible path to re-election.

At the center of the election confusion are a flurry of mail-in ballots and suspicious ballot counting procedures.

Even worse, voting machines that are supposed to make the election process quicker and more accurate seemed to be plagued by anti-Republican glitches.

But we can’t say we weren’t warned about that last one.

Trump retweeted his own take on problematic machines Wednesday night, more than eight years after he originally posted the grave warning.

The retweet comes amid a battery of posts from the president as he fights to expose alleged voter fraud across several states.

Trump previously cast doubt on the election results by asserting that machine glitches, extended voting deadlines and bias against Republican observers made for a “rigged” contest.

This was a rigged election. No Republican Poll Watchers allowed, voting machine “glitches” all over the place (meaning they got caught cheating!), voting after election ended, and so much more! https://t.co/YDh7A7wxLW

Although the mainstream media and Big Tech are actively working to crush the president’s message, Trump is not the only one who has called attention to seemingly faulty election infrastructure.

These politicians weren’t Republican hardliners, but the names should ring a bell for those in the Democratic Party.

The group included Sens. Elizabeth Warren of Massachusetts, Amy Klobuchar of Minnesota and Ron Wyden of Oregon, as well as Rep. Mark Pocan of Wisconsin.

“These problems threaten the integrity of our elections,” the group wrote in 2019, “and demonstrate the importance of election systems that are strong, durable, and not vulnerable to attack.”

A 2018 expose of voting machines revealed how simple the tabulation computers were to hack, with one man proving it by rigging a mock election so hard that it left participating “voters” shocked.

With Trump’s legal team hard at work trying to get an accurate count of legal votes, let’s hope that any election machine fraud will soon be uncovered and corrected.