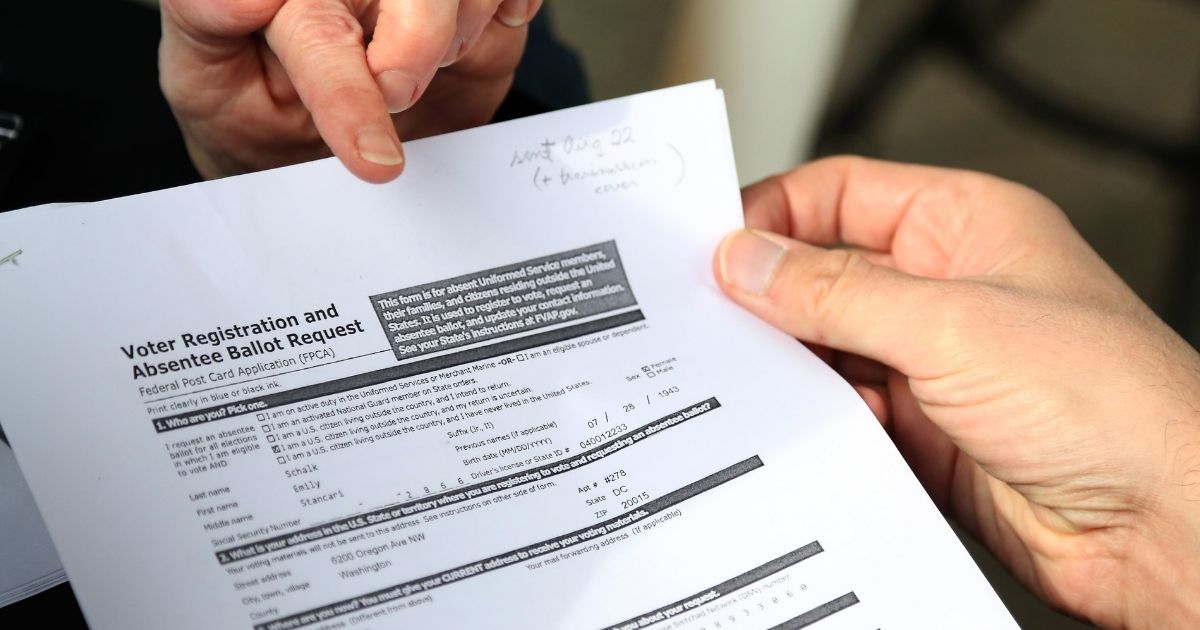 The charges do not include casting any actual ballots.

Montenegro, who also uses the name Mark Anthony Gonsalves, allegedly submitted thousands of applications with the names of fake or deceased people from July to October 2020.

It is unclear how the homeless were involved, according to the Associated Press.

Montenegro is also accused of providing fake names, addresses and signatures on nominations to help him run for mayor of Hawthorne.

The defendants allegedly attempted to get mail-in ballots sent to them for the fake voters, but the registrar quickly flagged the applications, and no ballots were sent out.

The district attorney’s office says one of the men submitted more than 8,000 fraudulent voter registration applications between July and October 2020. https://t.co/5VsR5W3rdG

For those hoping this will improve President Donald Trump’s chances at winning a second term in the White House, this instance of voter fraud is not significant.

These charges of voter fraud pertain to a local election, and have no known correlation to the current efforts by Trump’s campaign to challenge the results in many battleground states.

Even if there was a correlation to the presidential election, it would not impact Biden’s path to victory in California, which he is projected to win by a wide margin.

But even though voter fraud is a rare occurrence, there are major consequences for those who are found guilty of it.

The best solution to prevent such fraud from happening in the future is for California to improve its voter registration and election process overall.

Even one false application is too many, and there needs to be a better system in place to verify that those registering to vote are citizens who are currently alive and real.

While American elections at all levels of government are fairly secure, there is also room for improvement.

Large urban areas like Los Angeles County should continue efforts to make sure that election integrity is a top priority in future years, especially with the expansion of mail-in voting.