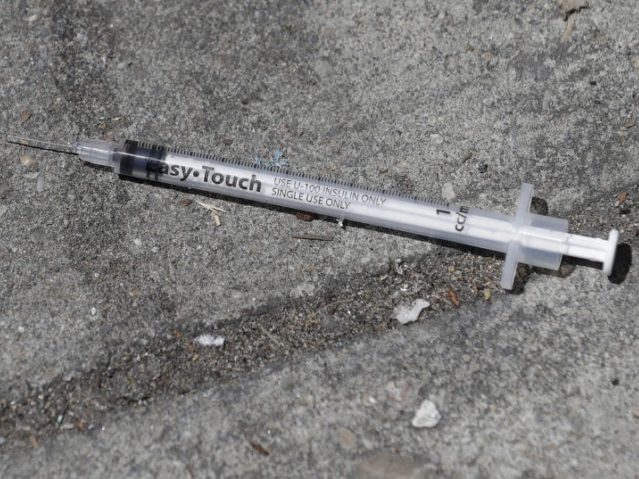 Drug overdoses have killed 621 people in San Francisco this year, nearly four times as many as have been killed by COVID-19, according to the San Francisco Chronicle.

A report in the Chronicle noted on Saturday:

Fifty-eight more people died of drug overdoses in San Francisco last month [November], bringing the yearly total to at least 621. That compares to 441 deaths in all of 2019.

The latest numbers put San Francisco on track to losing nearly two people a day by the end of the year and dwarf the 173 deaths from COVID-19 the city has seen so far this year.

The drug crisis has been exacerbated by fentanyl, a powerful opioid that can be 50 to 100 times more potent than morphine.

While stay-at-home orders may have made it harder to some addicts to feed their habit, those who have continued using drugs have done so in relative isolation, meaning that they are less likely to find help if they have an overdose.

The Chronicle noted that the number of overdose deaths would have been higher but for the fact that emergency personnel used the Narcan drug to save people roughly 3,000 times through the beginning of November.

The Centers for Disease Control and Prevention (CDC) issued a report on Thursday indicating that “approximately 81,230 drug overdose deaths occurred in the United States in the 12-months ending in May 2020,” a new record.

The cause of the surge was the use of synthetic opioids like fentanyl, with a surge of cases west of the Mississippi.

“The increases in drug overdose deaths appear to have accelerated during the COVID-19 pandemic,” the CDC noted.

Joel B. Pollak is Senior Editor-at-Large at Breitbart News and the host of Breitbart News Sunday on Sirius XM Patriot on Sunday evenings from 7 p.m. to 10 p.m. ET (4 p.m. to 7 p.m. PT). His newest e-book is Neither Free nor Fair: The 2020 U.S. Presidential Election. His recent book, RED NOVEMBER, tells the story of the 2020 Democratic presidential primary from a conservative perspective. He is a winner of the 2018 Robert Novak Journalism Alumni Fellowship. Follow him on Twitter at @joelpollak.

Trump Impeachment ‘Not the Right Prioritization of Our Time’