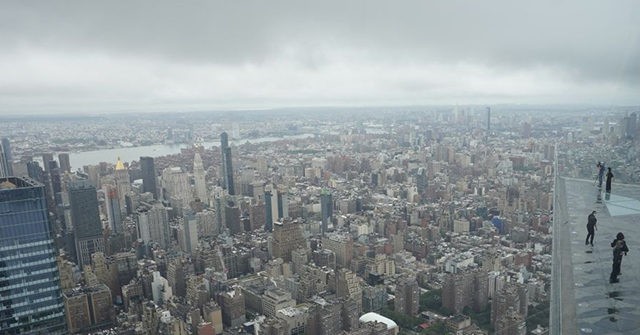 More than 300,000 people have fled New York City over the past eight months because of rising crime rates and the coronavirus pandemic, according to a report from the New York Post.

Residents filed 295,103 change of address requests between March 1 and October 31, the report revealed, citing data collected from the U.S. Postal Service under a Freedom of Information Act (FOIA) request.

The data show only when 11 or more forwarding requests are made to a certain county outside New York City, so the number of moves could be greater than 300,000.

The data also fails to consider how many people are in a single household under one request, meaning there are likely far more than 300,000 people who have left the city.

The city’s exodus of residents is much greater than in prior years. Between March and July, there were 244,895 change of address requests to locations outside the five boroughs, while in 2019, there were only 101,342 during those same months.

Experts say the escape from New York City is not just due to the coronavirus; it also has to do with rising crime rates, economic woes, and school chaos.

Michael Hendrix, director of state and local policy at New York’s Manhattan Institute — which has commissioned surveys about the state of New York City — said people are leaving because they are “afraid” these issues are affecting their quality of life.

“I think people are afraid,” Hendrix said. “They’re afraid of catching a deadly virus, and they’re afraid of crime and other quality of life concerns. One thing we also hear is about trash and cleanliness of the city.”

The trend of New York City residents leaving for other places has spread to other parts of the state. Breitbart News reported in October that New York lost more residents than any other state due to the coronavirus pandemic.

Facebook 4Q results soar, in prelude to an uncertain 2021

Incompetent government led to a lot of unnecessary deaths from COVID,...