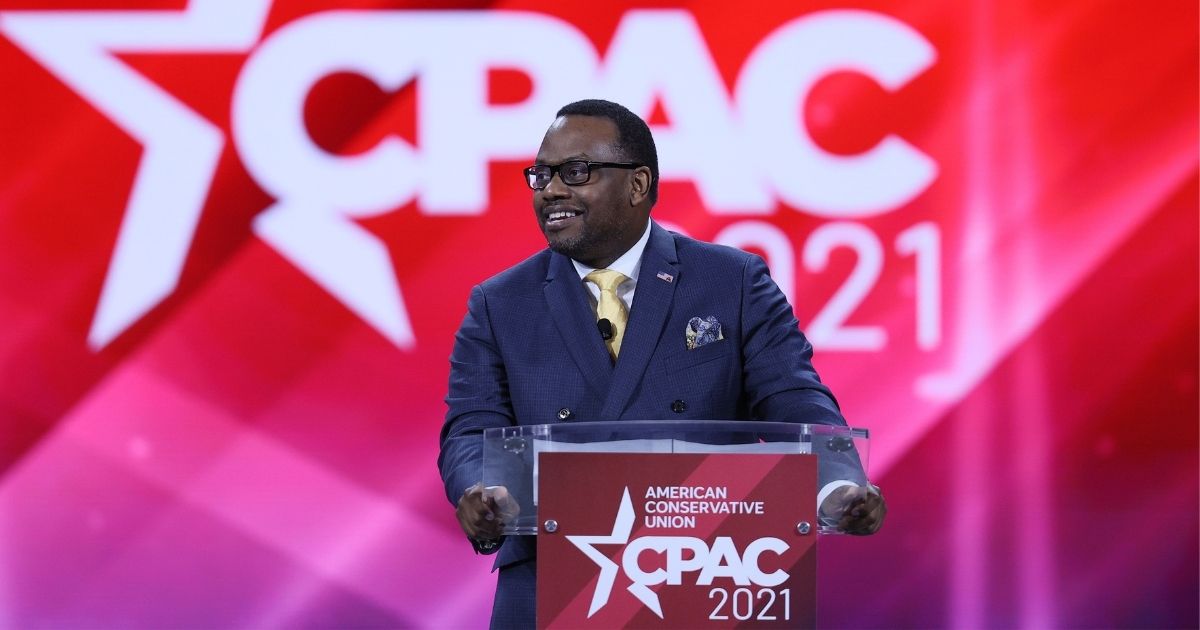 At the 2021 Conservative Political Action Conference, I had one simple message for black Americans: Come back home. The door is open. Opportunity abounds.

I spoke those words because the stakes have never been higher.

In the 2020 election, President Biden won nearly 90 percent of the black vote. In states like Georgia, where Republicans lost two Senate seats in January, many black voters have never even encountered a Republican, let alone voted for one.

The Republican platform is a foreign, often ominous prospect in black households that have supported the Democratic ticket for decades.

Can you blame them? Politics aside, there is a reason why Stacey Abrams was nominated for the Nobel Peace Price in February. After losing her race for Georgia governor in 2018, Abrams mobilized thousands of canvassers, organizers and volunteers to rally black support leading up to the state’s January runoffs. She identified a demographic opportunity for Democrats to seize, and her work paid off.

TRENDING: Pelosi Teaming Up with Cuomo for a Message on Sexual Assault Doesn’t Look So Good Now

Democrats won in Georgia because they got down and dirty. They got in the trenches, winning over a voting bloc that represents one-third of the state’s residents. While Trump voters stayed home, black turnout set records.

Unless Republicans learn their lesson and apply it for the cause of conservatism, they will keep losing. They will continue ceding ground in states that mirror Georgia demographically, such as Louisiana and Mississippi. Abrams and her supporters are already mobilizing in other Southern states.

So what can Republicans do about it? Talk. Engage. Inspire. In the age of “cancel culture,” Republicans cannot retreat back into a political echo chamber, ignoring the outside world and non-Republican voting blocs.

Even as elites in film, media and sports try their hardest to promote leftism and stifle dissent (see: Gina Carano or Dr. Seuss), Republicans must continue discussing and debating in the public realm. They need to give a new meaning to “grassroots.”

Do you think more black Americans will become Republicans?

Only then can Republicans persuade reasonable, good-faith Americans and welcome new converts to conservatism. Retreat is a loser’s mentality — in urban and rural America.

There is hope, if one searches for it. In November, Donald Trump won 12 percent of the black vote, surpassing his eight-percent share in 2016. More and more black Americans are considering alternatives to the Democratic platform, entertaining the ideas of my organization, New Journey PAC, in addition to the likes of Candace Owens and Brandon Tatum.

Above all else, conservatism is an appealing message, empowering individual Americans to lead their best lives — regardless of skin color.

“Conservative values” have everything to do with self-improvement and living the American Dream, climbing the socioeconomic ladder while finding fulfillment in life’s new adventures. Conservatism means business expansion, job creation and economic growth. It means educating students, despite the best efforts of teachers unions and their Democratic enablers.

As I mentioned at CPAC, conservative values will get you a loan for your small business. They will get you the job that you’ve always wanted. They will put food on your table and money in your pocket.

If the Republican Party is indeed the party of Lincoln, conservatism is the original civil rights movement, bringing about abolition and ending the tragedy of Jim Crow.

Buoyed by Trump, conservatism recently freed thousands of innocent black lives from the prison cell. And the former president’s commitment to conservative values — the values of individual liberty and freedom from government oppression — resonated with 74 million Americans of all stripes in 2020, albeit in a losing effort.

Republicans need to proclaim those truths of conservatism, even and especially in the midst of today’s “cancel culture.” Now is not the time to retreat.